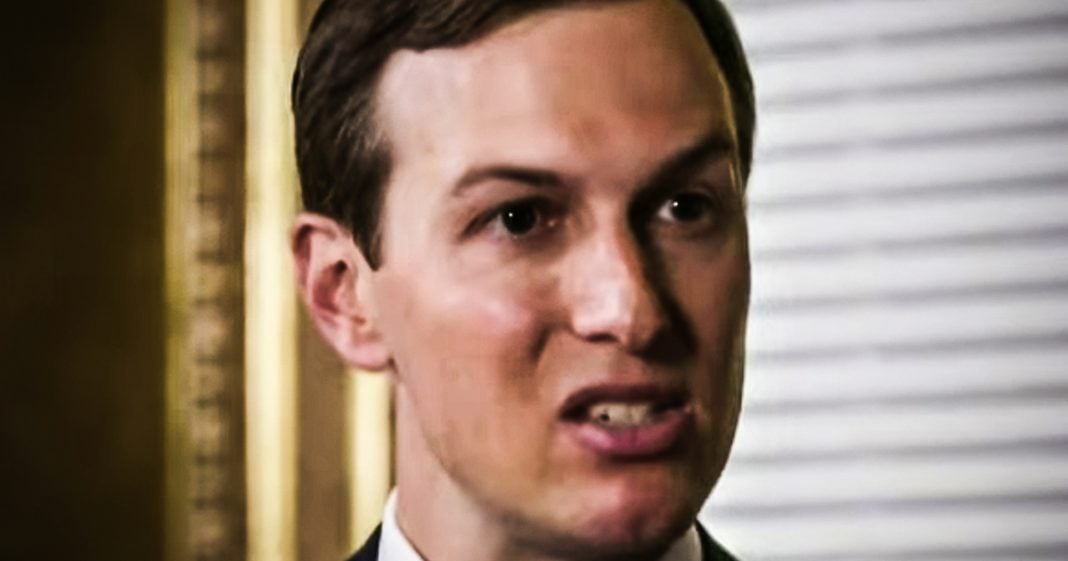 Donald Trump still hasn’t managed to learn that people in glass houses should not throw stones. After his relentless and fact-free attacks on Elijah Cummings and the city of Baltimore, news surfaced about Jared Kushner’s Baltimore housing projects where his company has been hit with at least 200 different code violations. If you want to find the horrible things that Trump mentioned are in Baltimore, just go look at a Kushner property. Ring of Fire’s Farron Cousins discusses this.

As we discussed earlier today, Donald Trump’s attacks on both Elijah Cummings and, uh, more specifically, the city of Baltimore and Cummings district are completely fabricated. They’re based on lies, you know, he said, here’s a direct quote.

“a disgusting, rat and rodent infested mess” where “no human being would want to live.”

Now again, I said that this was a complete fabrication, but I have to amend that statement. There actually are some areas in Baltimore that are rodent and rat infested where people would not ever want to live. And those happened to be the apartments owned or formally owned by Donald Trump’s son in law, Jared Kushner and his company Kushner companies, because Donald Trump has never quite learned that people in glass houses shouldn’t throw stones. And the minute he started the attacks on Elijah Cummings over the weekend and the city of Baltimore and comings district people started looking into his own history in the history of his family’s companies.

And that includes Jared Kushner. And it turns out the Jared Kushner owns a housing project there in the city of Baltimore that houses roughly 20,000 people that in the year 2017 alone, they got hit with over 200 code violations, including maggot infestations, rat and rodent infestations, and other, uh, mold all over the buildings inside that people were breathing. And according to the city, they only took action on some of these issues, not even all of them because the city eventually had to threaten legal action or fines against Kushner companies because Jared and his family didn’t want to fix those things. They thought, hey, it’s fine for these people who were mostly African American by the way. It’s fine for them to live with the rats. It’s fine for them to breathe in mold, right? They’re perfectly okay with that. But then when they found out, oh, we’re going to get fined, we could face legal action.

Okay, I guess we’ll fix it. And they did that on most of the issues, by the way, not all of them, but most. And when you consider the fact that these 200 plus violations occurred in one single year, that means that roughly every day and a half they’re getting hit with a new code violation. Folks show, maybe Donald Trump was doing a little bit of projecting when he talked about how horrible the city of Baltimore was and maybe his attacks didn’t apply to the whole city. Just the areas that Jared Kushner owns because that’s factually verifiable. Jared Kushner is a horrible landlord and no one should ever live in any building that he currently or has ever owned because he’s a piece of crap as his, his family, as is his company. This is what they do and this is not the first time we’ve heard stories like this, not the first city.

We’ve heard them doing crap like this. This is who they are. Anything to save a buck, even if it means putting other people’s lives in danger and making them live in filth because you suck as a landlord. But that is Jared Kushner. And of course, obviously the other stories that are re-emerging about all the health code violations at Mar-a-Lago, I think they got popped with about 78 of those, you know, including in proper food storage, not labeling food, basically creating the perfect conditions for anybody that eats there to get salmonella or e Coli. So yeah, again, Mr. Trump, you need to understand that people in glass houses should not throw stones because no matter how bad you think somewhere else in this country is, trust me. Nothing is as bad as the buildings and businesses that you and your family own.