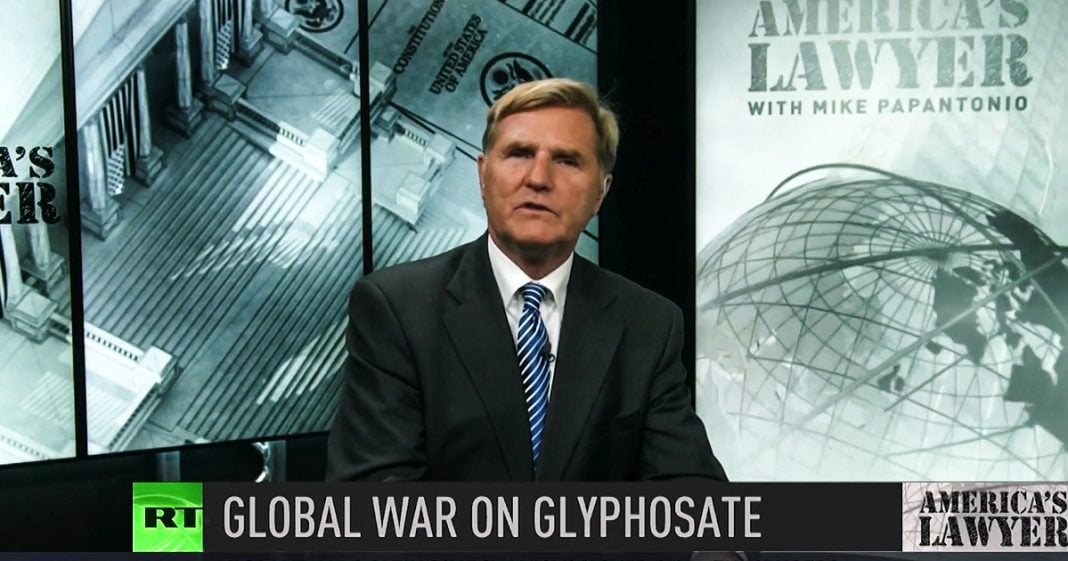 And finally tonight at the beginning, maybe, of some good news. Austria has become the latest country to completely ban glyphosate, the active ingredient in Roundup, the weed killer. They’re now, the first country in the European Union completely banned the chemical and they joined other countries like Vietnam and Saudi Arabia and Bermuda who have also said that Roundup isn’t welcomed there. It’s dangerous. The latest ban came from a jury awarded, after jury awarded a California couple more than $2 billion after they decided the couple’s cancer was clearly caused by exposure to Roundup.

As more and more countries start to accept the findings of scientists that Roundup isn’t safe, we’ll likely start seeing more of these bans pop up all over the globe. And with reports showing that Bayer Monsanto’s shareholders could lose all of their equity if even 1% of the pending Roundup cases are successful, well, the company could be inching closer and closer towards a major settlement for the plaintiffs. But having done this for a lot of years, don’t hold your breath. That hasn’t shown up.

That’s all for tonight. Find us on Facebook @facebook.com/rtamericaslawyer. Also follow us on Twitter @americaslawyer. You can watch all RT America programs on Direct TV, channel 321 and stream them live at youtube.com/rtamerica. I’m Mike Papantonio, and this is America’s Lawyer, where every week we tell you the stories that corporate media is ordered, not to tell because they don’t have the courage to do it, and because their advertisers won’t let them. Have a great night.