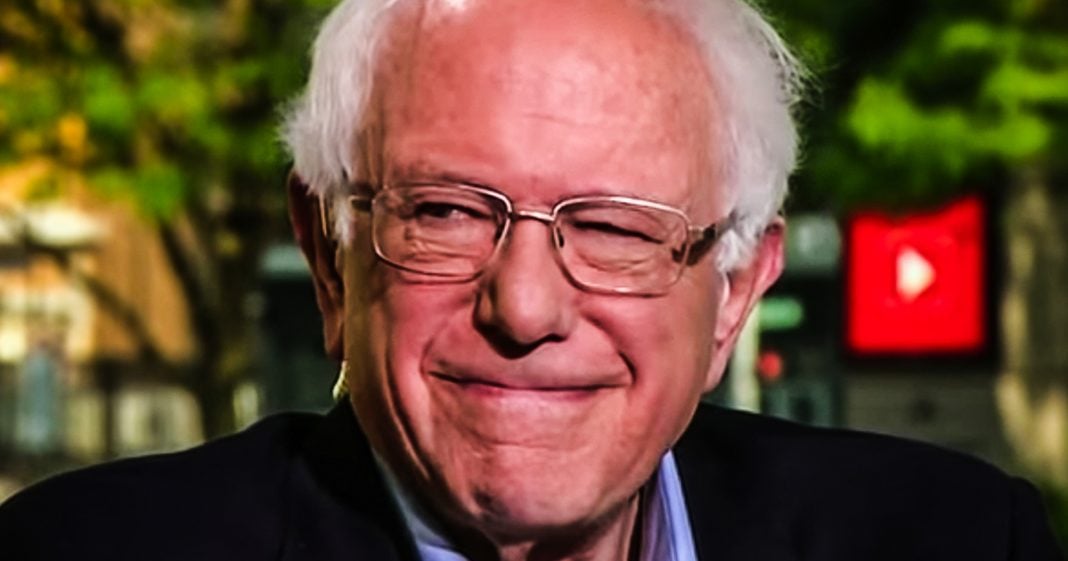 Over the weekend, Bernie Sanders traveled to Canada with a group of American citizens who have to leave our country to buy affordable insulin. This is the leadership that this country needs. Not only did his trip show that he wants to hear from people, but it also helped elevate the conversation about prescription drug prices and showed the desperation that some people have been forced into just to stay alive. Ring of Fire’s Farron Cousins discusses this.

Yesterday, while certain Democratic candidates were unveiling really awful policy proposals on Twitter, Bernie Sanders was sitting on a bus with a bunch of type one diabetics and their families headed from the United States up to Ontario and Canada to buy insulin because it’s about 10 times cheaper in Canada than it is here in the United States. A vial of insulin for type one diabetics in this country runs a roughly $340 whereas in Canada it’s about 30 to 35 bucks per vial, and Bernie Sanders wanted to go with these people who have been routinely making this trip. We’ve talked about it on this show and he wanted to talk to these people and he wanted to raise awareness about it and he wanted people to understand how greedy and disgusting the pharmaceutical companies in the United States truly are. And in doing all of this, yesterday, Bernie Sanders showed us what a leader looks like, right?

This is what every politician should have been doing, any of them, the ones running for president on the democratic side, any of them could have joined this caravan. Any of them could have spoken out how it’s ridiculous that these people have to do with this, but Bernie put his money where his mouth is, got on the bus with these families, talked to them, didn’t talk at them, he listened to them, heard about their problems, amplified their voices, and brought more national attention to this issues that people keep somehow forgetting about. And he saw the desperation that people have to go through just to stay alive. One in four Americans, as Bernie pointed out, or having to ration their insulin because they can’t afford it, even if they have insurance folks.

That’s what this trip was about. This was not a photo op for Bernie. This was not, oh, I’m going to get some good publicity from this for Bernie. This was, this is insane what these people have to go through, and I’m going to make sure everybody pays attention to this and that we understand why it is this way because of big Pharma, because of the drug companies, because of their influence over our politicians. That’s what this was about. And that is what a leader does. Just like when Bernie Sanders goes and joins in a picket line, right? Just like when he goes and he sits and he talks to people and he listens to them. Bernie Sanders is not the so called Bernie Bros on Twitter. Bernie Bros aren’t even that bad, especially when you consider how horrible a lot of other people’s followers are. Some of them are right along the lines, right? Everybody’s got horrible followers, but these really vitriolic ones that people like to complain about, that’s pretty much overblown. Bernie Sanders is sincere and Bernie Sanders is genuine, and Bernie Sanders is absolutely the leader that this country needs. Now.