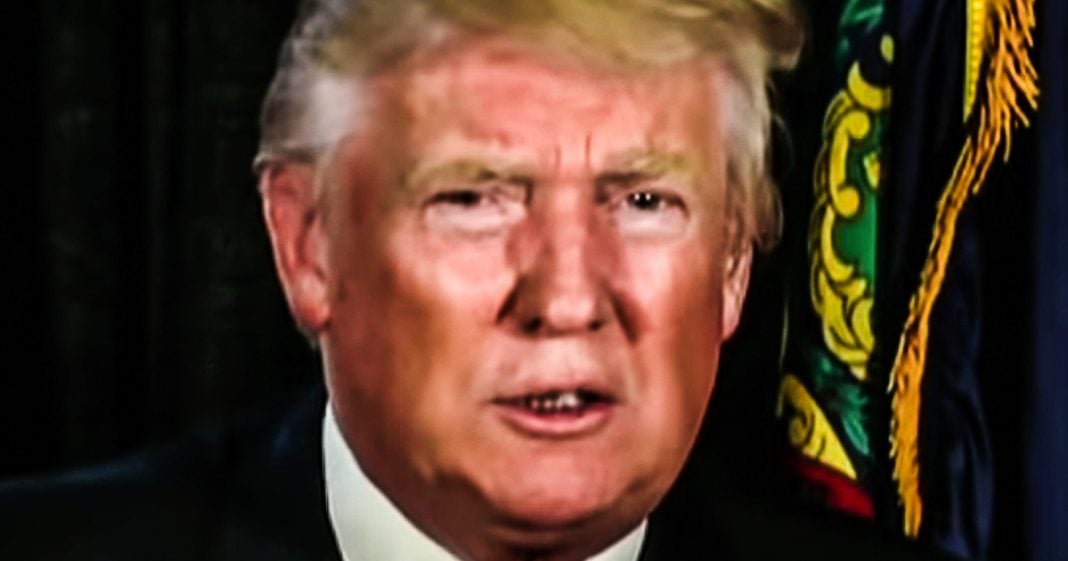 A top lawyer, Matt Bowman, who works for the Civil Rights division at the Department of Health and Human Services has been arrested multiple times in his life for harassing women and gays. Typically, we’d say this is just par for the course for the Trump administration, but this is far more sinister than the usual “Fox guarding the henhouse” scenario. The man is clearly a threat to others, as Ring of Fire’s Farron Cousins explains.

Most people have probably never heard of Matt Bowman, but Matt Bowman happens to be a top civil rights lawyer at the Department of Health and Human Services Office for civil rights. This is the guy that is out there every day fighting to make sure that we have a quality here in the United States and that nobody is oppressed based on their gender, gender identity, sexual preference, the color of their skin, the religion, nothing. This guy, Matt Bowman is the one out there making sure that everybody is on a level playing field except of course for the fact that Mr. Bowman spent most of his early life fighting to make sure that nobody was equal and that if you weren’t just like him and believe just like him, then you’re a piece of trash. According to recent reports, uh, this one specifically from LGBTQ nation, Mr. Bowman has been arrested multiple times throughout his life for harassing women and gay people.

I am going to read you some things off this list right here of different times when Bowman was either arrested or had the police called on him. And again, let’s not forget Donald Trump specifically appointed this guy to be a top lawyer at a health and Human Services Office of human rights. Let’s start. Here we go.

“In a 1999 incident, he “got in [the] face” of a woman who refused to take anti-abortion brochures. She called the police, and the police said that he refused to stop harassing women until the officer threatened a disorderly conduct citation.”

“In 2000, another security guard named Daniel Martin told police that Bowman trespassed on his property and went through his mail. Months later, Bowman was protesting with signs that said ‘Daniel Martin Liar-Murderer-Coward!'”

“In another incident, police were called when Bowman was harassing a woman on the topic of abortion, but the police report said that he fled the scene before the cops arrived.”

“In 1997, he went down to Florida to join Reverend Flip Benham’s protest of Disney with 100 high school students.”

“They protested what they called the “Tragic Kingdom,” accusing Disney of promoting the “homosexual life,” citing Ellen DeGeneres.”

Yeah, because, because they were airing El and I guess they promoting the, uh, homosexual life and Bowman wasn’t going to have any of that. No, no, no. So I’m protesting Disney world in Florida.

“Later that year, he organized another protest, this time in honor of a sniper who murdered abortion provider Dr. Barnett Slepian.”

“He also protested sex education at a school, where the principal called the police over his ‘aggressiveness,’ and a Republican state legislator’s office because she was accused of supporting an abortion procedure.”

“In 1996 he was arrested for breaking into Senator Bob Dole’s office in DC and refusing to leave unless Dole, then a presidential candidate, said he would support a constitutional amendment banning abortion in all circumstances. He was released on bond and didn’t return to DC for his court date. And his warrant expired automatically in 1999.”

So basically the guy had to avoid Washington DC for three years because he had an outstanding warrant for his arrest. But he did return to DC rather triumphantly, right? As a member of the Trump administration, this man cares nothing about civil rights. He cares about promoting his right wing religious ideology that his way is right and everyone else is wrong and you’re going to fall in line with him, or he’s going to harass you until he gets arrested.

And we’re supposed to trust him to be a lawyer at the office of, of, for civil rights within the Trump administration. You know, we have seen lots of different examples of, uh, from the Trump administration of, you know, the foxes guarding the hen houses. But this is so much more diabolical than that. This is not just a conflicted guy serving in a position. This is a guy who openly hates other people because of his own religious beliefs. That’s what this is. This man has no business being in a civil rights office. This man has no business serving in an administration of any kind and he needs to be relegated to the trash bin of history because that is exactly what he is. If you believe that you as a human being are better than any other human being because of your religious beliefs or your color or your gender or whatever it is, if you think you’re better than somebody based on any of those things, then yes, you are undoubtedly in my book, an absolute piece of trash and that is exactly what Matt Bowman is.