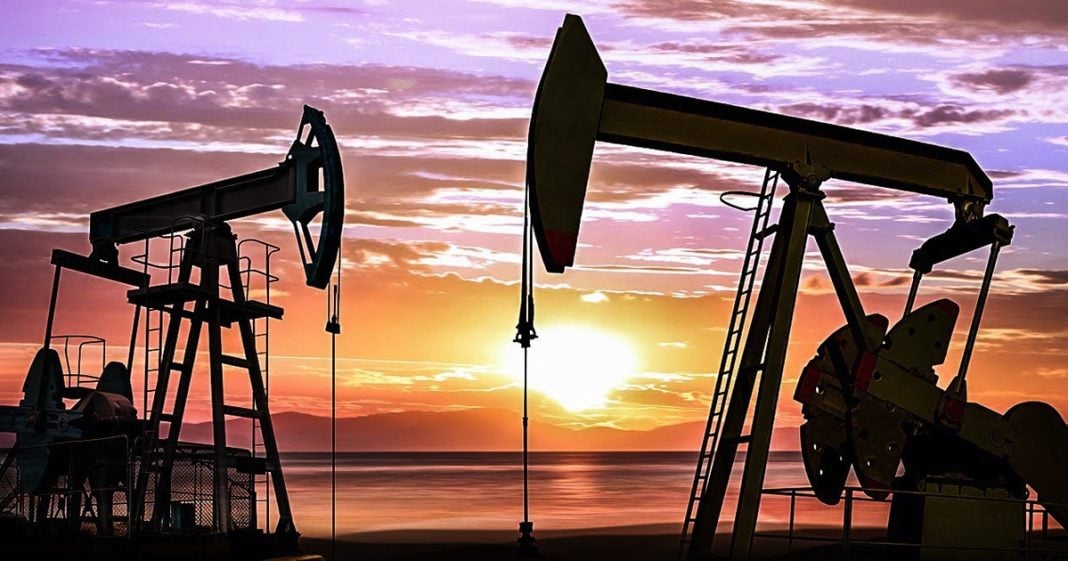 According to a new scientific study, children born near oil and gas wells have a 70% greater chance of being born with congenital heart defects. This groundbreaking new study just provides us with further proof that our dependence on fossil fuels is killing future generations, and it is time to bid goodbye to these sources of energy forever. Ring of Fire’s Farron Cousins discusses this.

According to a groundbreaking new study led by Dr Lisa McKinsey out of the University of Colorado. Women who are pregnant and live within a certain proximity of an oil or gas well have nearly a 70% greater chance of birthing a child with a congenital heart defect, 70% greater chance of giving birth to a child who is likely to die from a congenital heart defect because of oil and gas exploitation here on the United States soil. This study looked at more than 3000 different women all in Colorado. It gauged their term in pregnancy where they lived in proximity to those oil and gas wells at which points in their pregnancy. It looked at everything and this is the conclusion that they came to now. Now here’s the thing. Um, Colorado is home to 60,000 fracking sites, 60,000 fracking wells in the state of Colorado right now, mothers were 40 to 70% more likely to give birth to babies with congenital heart defects.

And, uh, congenital heart defects also happen to be the leading cause of death in infants here in the United States. So it’s not just, oh well they’ve got a heart defect. You know, we’ll, we’ll kind of work with it. We’ll keep an eye on it. Your kid should be fine. No, it’s the leading cause of death among infants. This isn’t something, well, they’ll learn to live with it. You know, maybe just go to the doctor every now and then a cardiologist, get it checked out, make sure nothing worse has happened. This is killing them. We’re killing babies here in the United States because we’re so addicted to fossil fuels. Now, forgive me if I’m wrong, but I swear this country just had a very big conversation a couple of weeks ago where one political party said the other political party doesn’t care about babies. They want to kill the babies. We want to save the babies.

Now, which party said they wanted to save the babies? I can’t remember. Oh, it was the Republicans, right? The same ones who take a majority of donations from the fossil fuel industry. They know that these problems are happening. They know that the fracking companies are hiding what kind of chemical cocktails they’re pumping into our ground. But they don’t care because they get the campaign cash and now they’re going to know that, oh, this was also killing babies, and I just made a big stink about being the probably party. Uh, I’m just going to say it’s fake. I’m going to say this study is not accurate, and that fracking is totally great for babies. And if I could, I’d probably put babies to work in the fracking industry because that’s the level of incompetence and stupidity we’re dealing with when we talk about the people taking the fossil fuel money here in the United States, and I’m not going to sugarcoat that anymore.

We know what’s happening to the planet. We know what the cause is. We know what the solutions are, and we also know what the health problems are. There is no more denying any of it unless of course, you’re on the payroll of a fossil fuel company. If you’re getting those campaign donations, then heck yeah, there’s denying it after all. Most of the people in Congress who are sitting up there telling us the climate changes and even real while they cash those fossil fuel checks, they understand that they’re not even going to be on this earth by the time the worst effects of it happen. I mean their kids and grandkids will be, but let’s be honest, they don’t care about them either. They just wanted to get their campaign checks, have a nice long, lucrative career and then pass away quietly while saying, I’m sorry we destroyed the planet for you. Best of luck and that’s exactly what’s going to happen. We know how bad the problem is.

We’re learning with each new study like this went out of the University of Colorado, how badly we’re destroying people’s bodies from it, so when are we finally going to kick the habit? Renewable energy is becoming cheaper. It is becoming more efficient. It is outpacing fossil fuels. Even in states like Texas right now, that is the future. There is no denying that future. I don’t think a baby growing up or a woman being pregnant next to a solar farm, that’s not going to cause congenital birth defects. And no, as Trump said, the big windmills out there are not blowing cancer on you, but people living near fracking wells are developing cancer. People in the oil industry are, they’re having heart defects, they’re having endocrine problems, they’re having neurological issues. There is a part of our energy sector that is quite literally ruining people’s lives and their bodies, but it is not the renewable energy sector.