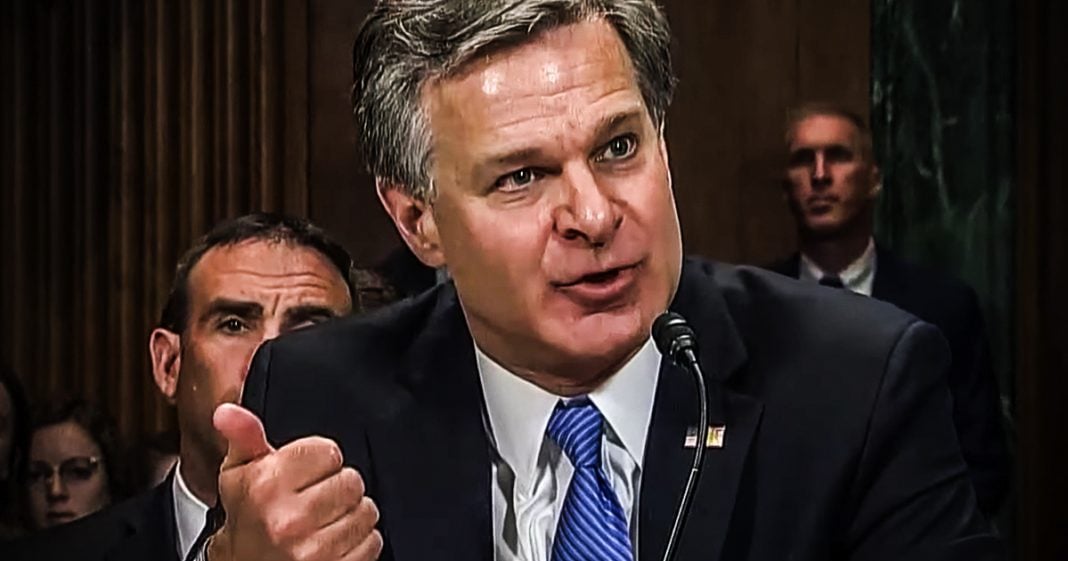 Earlier this week, the director of the FBI told Congress that most domestic terror cases have been driven by violent, far right extremists. But instead of focusing on the problem within their own ranks, Republicans are trying desperately to get Antifa classified as a terrorist group and conservatives like Matt Walsh are trying to say that right wingers haven’t killed more people than died in 9/11, so they can’t be all that bad, right? Ring of Fire’s Farron Cousins discusses this.

A very important hearing happened earlier this week in the Senate and it was FBI director, Christopher Wray talking to the Senate Judiciary Committee telling them that a majority of the domestic terror cases that his office at the FBI has been investigating and prosecuting. The majority of them are actually coming from far right extremists, specifically white supremacists. That’s the majority of domestic terror cases here in the United States and Mr. Wray told us they’re actually getting worse. There’s more and more and more each year, so the problem is just getting so much worse, but just remember, it’s the far right extremists. Who are the ones who are the biggest threat? Now, this actually echoes what the FBI and the CIA have been telling us for years. That far right wing extremists are the biggest threat to national security within our borders here in the United States. That is something you can look up. That is something we have discussed ad nauseum.

It is there. It is a fact. Nevertheless, this same week Ted Cruz put forth a bill to classify Antifa as a domestic terrorist organization. Ted Cruz’s terrified of these masked people going out there and throw in milkshakes. Now, I am not a supporter of Antifa. I do not believe that their methods, uh, accomplish any goal. I don’t even think they have a goal. I think these are just people who want to go out there and cause a little anarchy for the sake of causing an anarchy. This doesn’t help anything. And I guess, yeah, sucker. Punching a journalist a couple of times is pretty bad, but is it actually an act of terrorism? According to Ted Cruz, it 100% is, and they’re the biggest threat. Forget the fact that the people who support him are actually the biggest threat according to law enforcement agencies who actually look at this stuff.

Ted Cruz wants to focus on Antifa and then you have people even dumber than Ted Cruz, like Matt Walsh, uh, who hosts the, uh, Matt Walsh Show on the Daily Wire. Matt Walsh is on Twitter telling us that well, hold your horses, folks. Did you know that a 9/11 killed more people than far right extremists have ever killed in the United States? So here we’re not, we’re not that mad, I guess. Right. Really Mad. Like that’s what you have to do in order to defend the fact that your side is the most dangerous. You have to say like, yeah, but I mean al-Qaida did some things here too. Yeah, they did. And as you pointed out on Twitter, when you add that in, sure they were deadlier but when you take it away, suddenly, yeah, it is your group. It is your side. That is the bigger threat. And when you have to include the largest terror attack in the history of the United States in order to make your group not the worst, then guess what, Matt, you’ve already lost. The FBI is telling the truth here. They have been telling the truth about this for many, many years, and there is no greater threat to our national security from inside our own borders than violent right wing extremists.