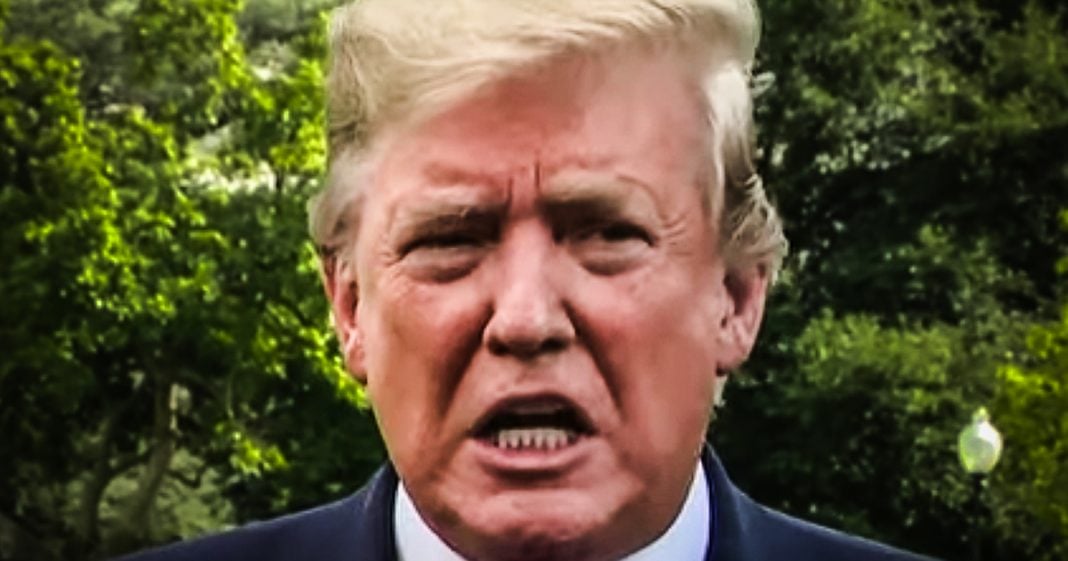 The Trump administration has actively worked to repeal clean air protections in the United States while also claiming that we have the cleanest air ever. New research shows that nearly 1,900 Americans a year are dying from air pollution, but this administration would rather coddle polluting corporations than save lives. Ring of Fire’s Farron Cousins discusses this.

According to a new study that came out on Tuesday that was actually funded by Donald Trump’s environmental protection agency. 30,369 Americans citizens have died over the last 16 years as a result of air pollution, 30,369 people over the last 16 years, which comes to 1,898 people every single year. So two people shy of 1,900 a year are dying just because of air pollution here in the United States. And to further breakdown that 30,369 number here is what it does. 15,612 women in 14,757 men. Those are the people who die. They died from cardio-respiratory. Conditions like asthma and heart attacks according to think progress because that’s what air pollution does. You know, I, I think a lot of the problem here is that people don’t quite understand how air pollution affects the human body. It’s not just that you go outside and you’re coughing and you have trouble saying, oh this air pollution sucks, but then you go somewhere with better air and it just clears itself out that that’s not what happens.

You have something called fine particulate matter. It comes out of coal fired power plants. It comes out of the back of your car. If you’re driving a gasoline powered vehicle, it’s everywhere and it’s little particles that you breathe in and they embed themselves and your long, they get into your bloodstream, they cause heart problems. They cause asthma, they cause cancers and those are things that cannot be cleaned out of the air. They cannot be scrubbed out of the air. You can’t just throw on a mask and think that you’re okay from this because according to this new report, yes, it does disproportionately affect a people of color, but in certain areas, no holds barred. Right? L.A., super bad. Tons of rich folk out there and they’re experiencing the same health problems. The only difference is they have the money to pay for the health care. So they don’t die from it.

But the people in two other states that have horrible pollution, Arkansas and Alabama, they don’t have that L.A., Hollywood money and they die. And again, it is disproportionately people of color. People are dying every day. Trump tells us repeatedly over the last few months alone that we have the cleanest air in the world, that we have the cleanest air we’ve ever had here in the United States. But the truth is that air quality in this country has actually been going downhill. It’s been getting worse since Donald Trump took office. Air has gotten dirtier in the United States, and even still, he’s trying to make it dirtier. His EPA has consistently been trying to roll back every accomplishment that Barack Obama had achieved. The Clean Air Act. You know, the, the clean power rule, the mats, uh, rule, you know, mercury and air toxic standards. They want more mercury in the air. They want more pollution in the air. They will want more carbon dioxide in the air. They want more fine particulate matter in the air, and what is this all going to do? It’s going to kill more people every single year. We’re already at 1900 American citizens dying every year for doing nothing more than walking outside and breathing. And in this day and age in a country that’s allegedly as rich and powerful as we are, even one death because somebody was breathing is completely unacceptable.