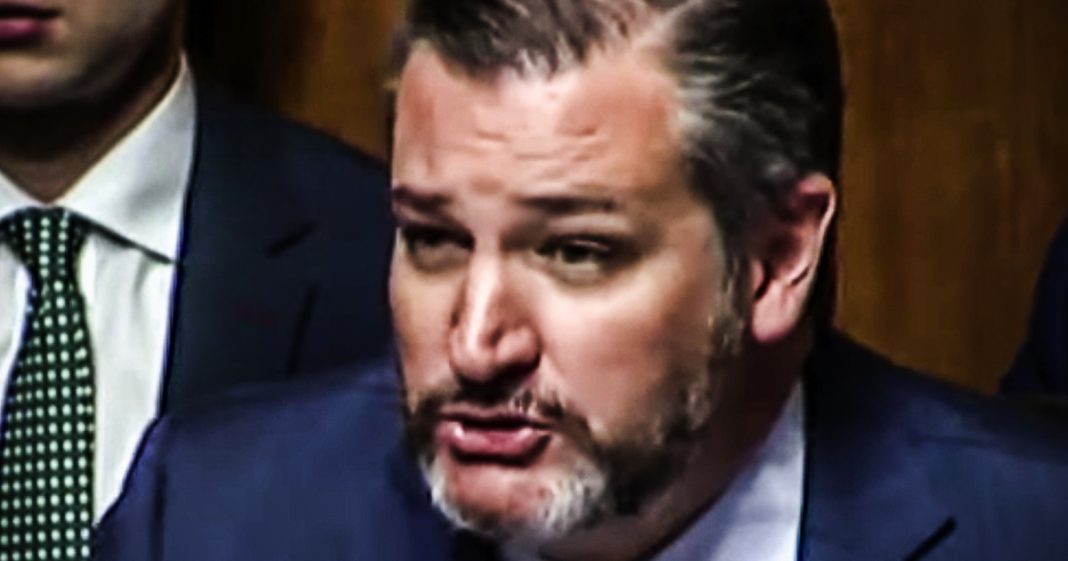 Last week, Republicans in the Senate grilled Google executives about their alleged “censorship” of conservative voices, but the reality is that the company gives far more money to Republicans than to Democrats. This is similar to the “war on coal” that convinced coal miners to support Republicans, and the “Obama wants to take your guns” claims that Republicans launched. But this isn’t just about winning elections by stoking fake fears – this is about threatening industries in order to get more campaign dollars, as Ring of Fire’s Farron Cousins explains.

So recently I talked about the fact that uh, last week you had Senate Republicans sitting there in the Senate led by Ted Cruz grilling executives from Google about why in the hell they would censor republican conservative voices on their website. Well, the truth is they’re not censoring Republican voices. That’s an absolute lie. Manufactured by Republicans to generate sympathy for these right wing outlets and hopefully also maybe make some, get some people to make some donations to them, right. Raise a little bit of money in the process and it works exceptionally well. And that’s exactly what the Republican politicians were doing with that hearing because the entire time they were talking about Google’s bias, not one of them mentioned the fact that Google gives more money to Republicans than they do Democrats. And even Ted Cruz who was leading the hearing and who began by saying, maybe we should take away your subsidies.

He himself has gotten $22,500 from Google over the last few years. But the threat to take away the subsidies, what that is, it has nothing to do with Google actually censoring conservative voices. What he’s doing is giving a wink and a nod to these Google executives and saying, if you don’t play ball, if you don’t, maybe give me a little bit more campaign cash. I’m going to punish you and the reason I’m bringing this up again is because this is how Republicans operate, and I want to go into that a little bit deeper here. This is how Republicans have been operating for years. Now they create the fake controversy. Then they use that controversy to secure more campaign donations. A great example is the alleged war on coal, right? A war on coal, which by the way, coal executives admitted multiple times during the Obama administration that it wasn’t actually happening.

They admitted that it wasn’t real, but they funded and supported Republicans who said that it was Mitch McConnell was a leader in that Mitch McConnell was one of the people out there all the time telling us that Obama had launched a war on coal and you my coal miner constituents, if you don’t want this war to continue, if you want it to end and you want to be victorious, you got to give me money. You got to support my campaign, you know, help me help you, but you got to support me because if you don’t, you’re tired or she’s dead, you vote for the Democrat, Alison Lundergan Grimes. Uh, she’s going to kill your industry. You’re going to lose your job. You’re going to be destitute. Your whole life’s over. But you give me a little bit of money, you know, let me run some more ads.

I’m going to take care of you. That’s exactly what happened. Unfortunately, the coal miners still getting the shaft because nobody was honest enough with them to tell them that your industry is dying because nobody wants to use coal anymore. That’s not because of Obama. It didn’t get saved under Trump. Mitch McConnell can’t do a damn thing about it. The Globe doesn’t want your dirty coal anymore, but hey, they created a fake controversy and they made a lot of money with it. Donald Trump did the same thing. I’m bringing coal jobs back. He told us somehow Donald Trump convinced these people that he was going to increase global demand for their product. That again, nobody wants anymore. Think back to Obamacare, right? They went out and they told small business owners that this is going to bankrupt you. Suddenly you’ve got to provide health insurance for your employees. How awful is that?

Oh my God, you got to take care of the people working for you. Oh boy, you’re going to lose a lot of money unless you support me because I’m going to repeal it. I’m going to get rid of it. So maybe you float a couple of dollars into my campaign. I kill Obamacare. You save a lot of money in the long run, right? Short term investment for long-term gain. That’s how the Republican Party operates. None of these things were true by the way. Google is not censoring people. There is no war on coal. Obama care did not call small businesses to have to shut down, but this is what they keep pushing. They’re pushing it now with the green new deal. They’re out there telling us we’re going to lose thousands and thousands of jobs. No, we’re actually going to gain thousands and thousands of jobs, but they’re still doing the same war on coal type crap.

They’re going out. They’re like, you’re going to lose your job if you’re in the oil fields, you vote for me. You support me, you give me money, you’re going to keep that job. Whereas the green new deal would put you to work in a less volatile industry, making more money, doing something that’s going to help the entire world do better. That’s the part they always leave off, but this is how the Republican Party operates and it has become their standard. You create the fake controversy, you lie to your constituents, you’re raking in a ton of money for it, and then once you get either elected or reelected, you do absolutely nothing because you know it was a fake problem to begin with. But you tell your constituents, don’t worry, everything’s going to be okay now, even though I didn’t have to do anything.