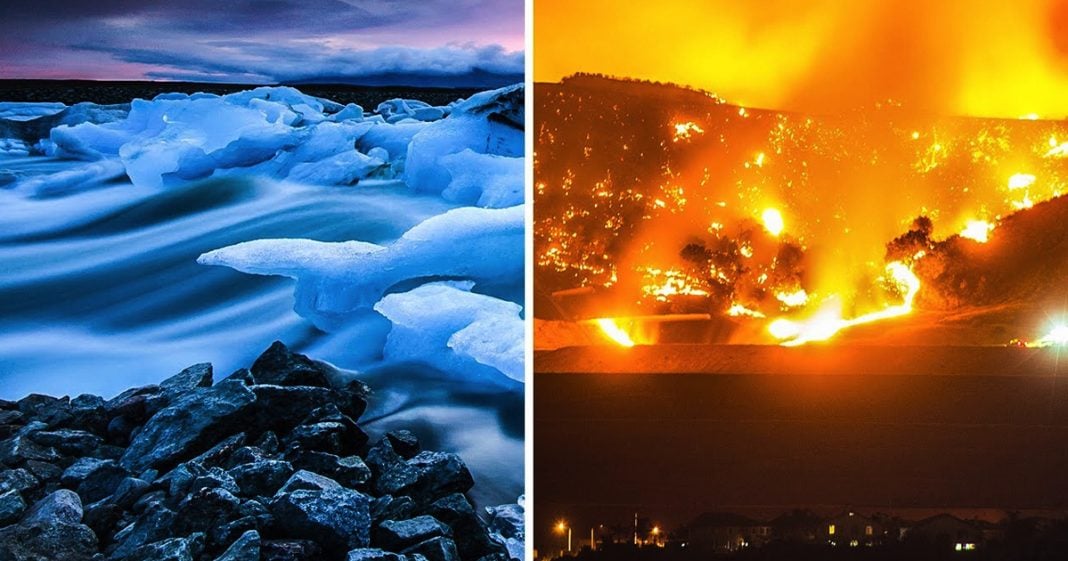 For years, banks and insurers all over the world have understood the risks that climate change poses. But they aren’t as considered with the risks to humanity as they are about the risks to markets and their own well-being. They are now worried that exacerbated climate change events could lead to a destabilization of global financial markets, causing economic crashes across the globe. Ring of Fire’s Farron Cousins explains what’s happening.

The United States Federal Reserve is way behind the curve compared to pretty much all other industrialized countries on the planet. And the reason is because our Federal Reserve here in the United States doesn’t quite know yet if they need to, you know, warn bankers and insurers about the dangers of climate change and force them to disclose to all their shareholders and members all of those dangers that climate change poses. But here is the good thing about all of that. The banks already know it. The insurers in this country already know it and both of those groups have actually known about it and have had internal discussions about it for well over a decade. That is how long these individuals and these corporations have been trying to add in climate change when talking about and thinking about and warning about risk because that’s what it’s all about for these industries. For the insurance industry, the risk is obvious, right?

You know, we don’t want to insure a bunch of people who live, you know, within 50 feet of a coastline because in 20 years that house might quite literally be underwater. And then we figured if are underwater having to pay out all these claims, hundreds of billions of dollars, if not trillions of dollars in losses for the insurance industry, which would effectively cripple insurance across the planet. The banks are a little bit trickier, right? You know, what does a bank have to worry about climate change? Well, other than I guess maybe the fact they’re the ones who, uh, you know, gave the mortgage to the people whose home might be underwater and now they can’t get insurance. So we lose that money and there is no house to repossess unless you’ve got a good dive team. But that’s only a small part of it. Think about it this way. When you have industries out there that can either live or die based on whether or not we protect the climate, the entire agricultural industry.

And right now our entire energy sector, right? And you know, all the fossil fuel production, they’re the ones making it worse. And if we do not begin this shift over to renewables and we allow the worst effects of climate change to happen, and then suddenly overnight we’re forced to stop fossil fuel extraction and production. That’s a heck of a lot of people who are suddenly out of work. That’s enough people suddenly out of work to completely crash in economy in a matter of days. Not to mention the fact that banks are also invested in these fossil fuel companies. People in this country invest in these countries via a companies via the stock market. So if they suddenly shut down overnight because we let the problem get so bad that we had to basically pull out the ivy immediately, okay, we’re screwed.

But the US Federal Reserve, in spite of the fact that most Democratic presidential candidates have signed onto a letter urging them to start taking this into account, refuses to do it so far. Other countries are doing this. I mean, hell, the Federal Bank in England actually told bankers, you have to now warn your shareholders and include climate change in your day to day operations. You know, not a monthly report. Not a bi annual report day today. This problem is so bad, you’ve got to deal with it every day because if you don’t, we’re looking at massive economic collapse. But here’s the problem with the USB and the ones dragging our feet here, right? Because not only do we deal with the negative consequences of climate change, the loss of your homes, the loss of shorelines, the loss of agricultural production, the fires, the floods, the hurricanes, and all of that, that costs money. We’re then looking at the banks losing billions upon billions upon billions of dollars here, which is then going to ripple across the globe, including the countries who did what they were supposed to, and we’re going to bring everybody down with us. That is what Democratic candidates. That is what climate scientists, that is what other scientists, that is what the bankers, that is what the insurers have been warning this country for more than a decade, and here we are. Nothing has changed.