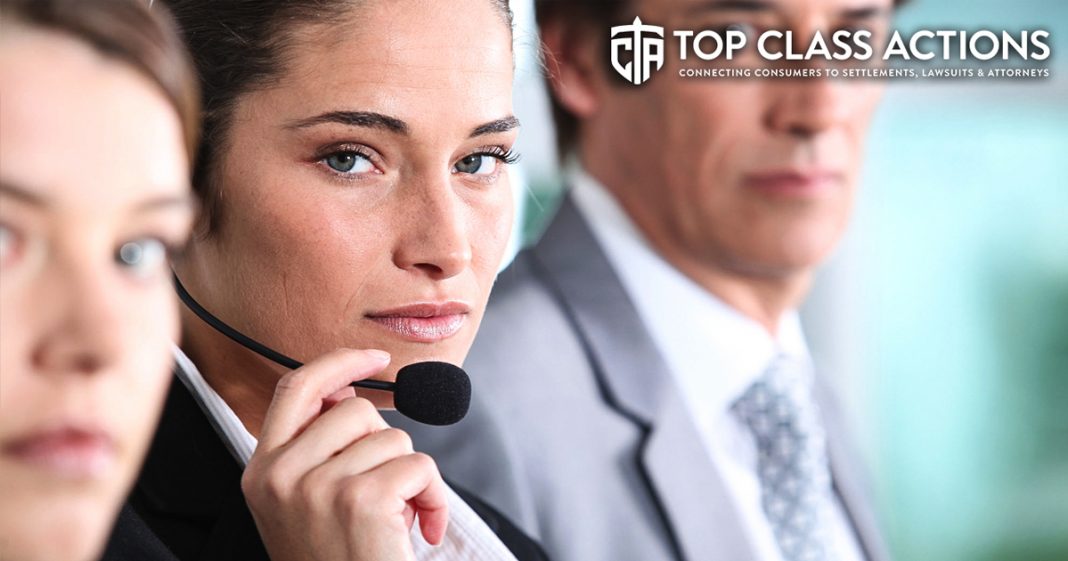 Several different companies have agreed to major settlements with consumers for their use of robocalls and autodialers to harass people to buy or use their products. These settlements total roughly $100 million, and some people could be eligible for up hundreds of dollars. Ring of Fire’s Farron Cousins discusses this with Scott Hardy, President of Top Class Actions.

Farron Cousins:                  In the last few weeks, three different settlements have come out for any consumer that’s been harassed by robocalls and these three settlements total just a few dollars shy of $100 million. That is $100 million that is going to be available for consumers to claim if they qualify or have been called by any of the three companies that Scott Hardy from Top Class Action, who’s with me now, is about to tell us all about. Scott, we, we’ve talked a lot about settlement’s. One of the biggest things here, consumers love it. It’s money in their pocket.

This sum here that we’re talking about from three different class actions is probably, I think so far the biggest one you and I have had to discuss. We’re talking about a pool, when you combine all three, even though they’re all separate of $100 million here, that that is very real money. And this is just all three of these cases we’re talking about, these are from robocalls. You know, people just getting unwanted phone calls, which are technically illegal by the way. $100 million available for them. Let’s start at the top. Cox Communications $10.8 million. Tell us this one.

Scott Hardy:                          Sure. So the Cox Communications class action alleged that Cox used a robodialer to call up people, leave them messages, harass them to get them to try to buy Cox services. But thankfully this one will result in almost $11 million that will be going out in this settlement fund and give those viewers who received a call from Cox a little justice and this TCPA class action could wind up being $100 to $300 per claimant. So you don’t want to miss out because if you do that hundred, that $100 to $300 that’s estimated just goes away.

Farron Cousins:                  Yeah, that is a, that is a lot of money for, for some, you know, illegally, but annoying phone calls. That, that’s very real money. And look, I’m the kind of person, I don’t know what has happened with my phone number, but I, I get these robocalls and things like this on a near daily basis at this point. I don’t think I’ve gotten any from Cox Communications, which looking at this settlement is, is actually quite, quite unfortunate actually because I would love to just get, you know, $100 to $300.

But people also have to understand, you know, that the TCPA, which is the Telephone Consumer Protection Act of 1991. This basically says, you know, you can’t use the autodialers, the robocallers to harass people into, to buying your services. I’m kind of, you know, putting it in a nutshell there, but that is essentially what, what all three of these issues are about. That’s certainly what Cox is about. And the next one we have, a water filter company. They’ve been doing the same thing. They’ve agreed to a $27.6 million settlement. Lay this one out for us.

This one is saying around 12 bucks, but that doesn’t make a whole lot of sense. Usually the TCPA violations are in a, you know, are a whole lot more and so I would greatly encourage you as, as this thing opens up to submit your claim. Otherwise, you know, we’ve had, we’ve had these settlements before that have said it’s going to be $15 and all of a sudden it turns into $50 or $100 because people just didn’t bother submitting a claim and they need to pay it out.

Farron Cousins:                  What’s really interesting too about this issue is that they weren’t just calling people saying, hey, buy our water filters. That was part of it, but they were also trying to actively recruit people to also become distributors in what I’m guessing is some kind of very, intricate water filter pyramid scheme here. Because you don’t just make cold calls saying, hey, would you like to go call people and sell water filters? We’ll just buy a few from us and start doing it. So, so that’s also part of this and I have to imagine that the people who got that little sales pitch of, hey, come, come be a water filter salesperson, you know, as this thing goes a little bit forward in the process that they may end up getting a little bit more of that settlement than just the person who got the call saying, buy a water filter or not.

So we’ll see, you know, hopefully that number increases. We’d love to see it get up to those Cox lawsuit or settlement numbers. But right now, nothing tops $61 million that is going to become available for people called by Dish Network. You and I were speaking briefly before we started this segment about this one. Tell us what’s happened recently and why this one is finally, basically reaching the settlement here.

And that’s so, it’s 10 years later, 10 years after the purported crime, so to speak, right, took place. And now we finally have validation of the verdict and we should see that $61 million because Dish Network appealed it and the appeals court went, no, you’re actually, if we go ahead and side with you, this throws out the TCPA act. We don’t want to do that. So pay up, get that $61 million check and start writing it to those folks that you harassed and hassled according to the class action back in 2009.

Farron Cousins:                  So with all of these again, we’re dealing with the, the robocalls, the autodialers, the spam phone calls. Is there going to be any kind of system set up? I mean, do people have to know for a fact that they got called or is there going to be any kind of database where there’ll be able to put in their phone number and see if they qualify for this? Because I know a lot of times with some of these they do have that, where you can put in your phone number and it will say, yes, you received these calls. Are, are we going to see anything like that or is that something that could happen in the future for people to easily verify whether or not they qualify?

Scott Hardy:                          But it’s entirely possible. And so I’ll want to submit my claim, hopefully because this has been ongoing. Hopefully they still have the court records and they did the, during the, during the, the discovery process, they had the actual list of numbers called because in most and many TCPA class action settlements now is exactly as you said. You just go onto the settlement administrator’s website, you put in your phone number and it tells you whether you’re in or not. And if you’re not, all right, well you just lost 10 seconds of your life, no big deal. But if you are in, then you get to spend an extra 30 seconds submitting your claim and hopefully getting a check for a couple hundred bucks.

Farron Cousins:                  You know, I, I, I frequently actually have to do that for my mom. I’ll put in her phone number when I see one of these things and sure enough, there’s been like five or six that she qualifies for. So I always pass those along. I’m like, all right mom, you got another one. Go ahead, fill it out. Let’s make this happen. So, again, anybody, if you want any information about all of these settlements and not to mention all of the other settlements on topclassactions.com, follow the links in this to, the description of this video.

And of course, while you’re there, sign up for their weekly newsletter, get all of these stories and many more delivered directly to your inbox, every single week. Scott Hardy on behalf of all of us here at Ring of Fire, thank you and everyone over there at Top Class Actions for everything that you do. Thank you very much.