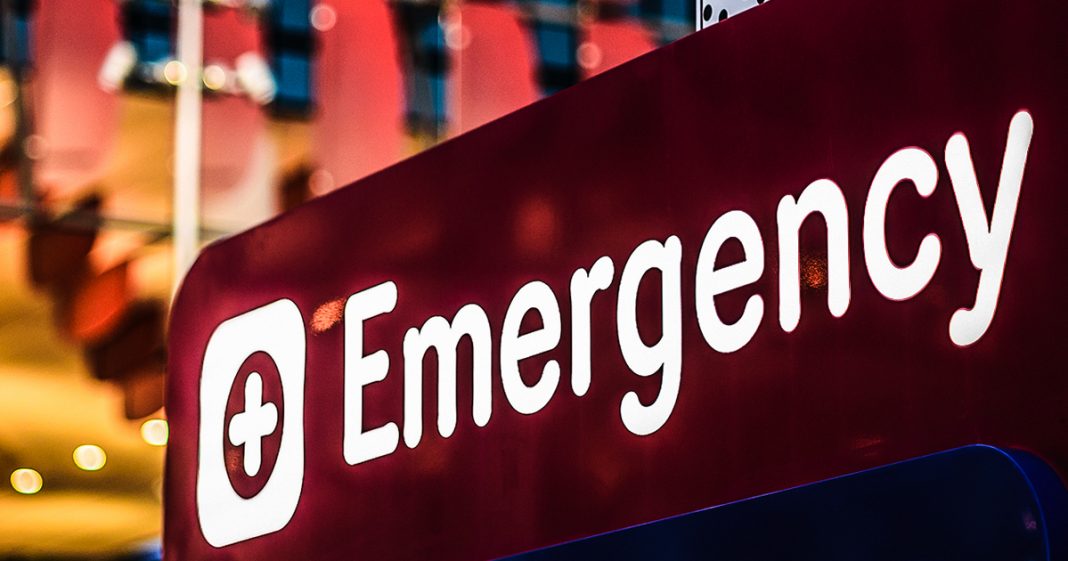 According to new data, roughly 15,000 Americans died as a result of the Republican decision to expand Medicaid in 14 states. This decision, based on a hatred of Barack Obama and his signature achievement, cost people their lives, and Republicans need to be held accountable for this in the next election cycle. Having healthcare is literally a life or death issue in this country, and that’s the main reason we need Medicare for All now. Ring of Fire’s Farron Cousins discusses this.

According to new statistics from the National Bureau of Economic Research, roughly 15,000 people in this country died as a result of Republican’s decision to not expand Medicaid under the Affordable Care Act under Obama care. After all, the Supreme Court ruled in 2012 that states can opt out of the Medicaid expansion should they choose to do so. And 14 republican controlled states across this country said, we’re opting out. We are not going to expand Medicaid healthcare coverage to people making 138% above the poverty line because that’s what Obamacare had raised it to. That’s what was going to help people get on insurance when they couldn’t otherwise afford it.

The Medicaid expansion was a massive part of the Affordable Care Act, but the decision by these states, these 14 Republican led states to not expand Medicaid according to the numbers, resulted in an additional 15,000 deaths that otherwise could have been prevented had these low income families had access to health care. And that’s the point folks. Republicans, right now, Trump has just approved the 2020 budget that’s going to cut Medicaid by an additional $750 billion. And what’s that going to do? Well, according to data and according to trends, it’s going to result in more deaths. Here in the United States, people are dying because they don’t have health care.

Literally everyone in this country has access to healthcare right now. We just can’t afford it. So what good does access do us? No, there is no more talk about access to it. There is no supplemental plans. There is Medicare for All and there is nothing else except no substitutions. Folks, people are dying in this country. Good, hardworking, honest American citizens dead just because they couldn’t go to a doctor just because they couldn’t afford their insulin. This is done. We’re done. We’re done having this conversation. Medicare for All and nothing else. We know the numbers now we see them. These are real. We look at the research methods use, I mean the researchers here looked at low income families who fell within that threshold. But because Republicans didn’t expand it, they didn’t get Medicaid, they couldn’t afford insurance and that’s how they came up with this.

These numbers are reliable without healthcare, people die. That’s the talking point. That’s it. That’s all you need. And yet we still have these wishy washy Democratic candidates who won’t just flatly come out and say Medicare for All, nothing else. I mean they’re out there worrying about, well some people like their private health insurance, nobody loves their insurance provider. You also hear the stupid argument that will, some doctors don’t take Medicare. Okay, well once that becomes the standard they will or or else they go out of business. So that’s a really dumb argument made by really dumb people. It honest to God is, and that’s like if Bitcoin became the national currency and people are like, we’ll target doesn’t accept Bitcoin. Yeah. If it was the only thing available, they would have to accept it. You idiots stop making stupid arguments because you can’t come up with something cogent to fight against this policy because you know it’s the best route. Medicare for All and nothing else. Anything short of that will result in more unnecessary deaths in this country.