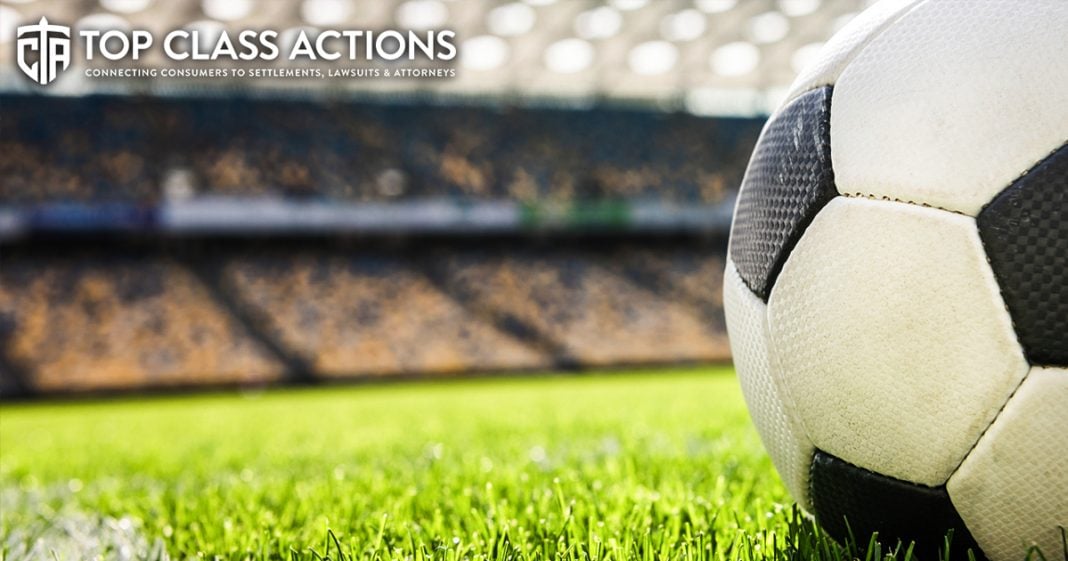 The U.S. women’s national soccer team will be allowed to proceed with its gender pay discrimination class action lawsuit after a federal judge denied a request to stay the case. The United States Soccer Federation requested a stay on litigation while the players’ request to transfer the case to a related lawsuit is pending. However, U.S. District Judge R. Gary Klausner declined this request, allowing the case to move forward. Judge Klausner said on Tuesday that the federation had not presented a sufficiently compelling reason to have the women’s soccer class action lawsuit stalled. Ring of Fire’s Farron Cousins discusses this with Scott Hardy, President of Top Class Actions.

And I have Scott Hardy from Top Class Actions with me now to explain what’s happening with this issue. So Scott, I mean, I guess just lay it out from the start here. I mean, we, we know kind of the basics. The women make more money for the league, but they get paid less money even though, I mean, records don’t lie. They’re much more successful athletes. So tell us what this lawsuit is all about.

If they win, they get paid, if they don’t, they don’t get paid. They don’t get paid those win bonuses. While the men get paid to show up. The men only get paid if they’re sitting on the team. And so there’s been, right now as you’re taking a look at the class action, you’ve had a lot of positioning taking place and the latest act of positioning of trying to make it better for their team, so to speak, is this ask for, to move the trial up to a different district in California.

And so the plaintiffs tried to move it up North, tried to make it what they felt was a better, a better district to actually go to trial with it. But that was denied by the judge. And so now you have all of these intrinsic difficulties in showing the differences in how they are paid. Now at one point you can look at that and go, well, you know, you want to take a look at the women and take a look at the men and say, well, the woman was paid $350,000 the man was paid $1 million.

That’s it. Cut and dry. Get these women up to a million dollars. But unfortunately it’s just not that simple. You have the difference in pay based on whether they play or not, whether they win or not. The men don’t get any kind of win bonuses. There’s probably a reason for that. Right? But the, you know the, the also the league itself is paid differently from FIFA.

So for the World Cup games, they’re paid differently. They get paid if they win. On the men’s team, the men, depending on who they’re playing, the men’s team actually gets paid a bonus just to step on the field, win or lose. Other teams have to pay the US men’s team to get them to show up on the field because it will drive additional viewers. And so there are a lot of intricacies with this class action that is not as simple as saying, give the ladies a well-deserved raise. Come on. They’re multi-world champions.

They’re amazing athletes. They bring on a ton of viewers when they are playing, especially in the World Cup. Why can’t they get, they get paid the same. It’s just not that simple. And you have different player contracts in terms of the actual union contracts that the women’s team has with FIFA and the US national soccer organizations and the men’s team have with the US men’s, with the US men’s or the US national soccer team organization. Different collective bargaining agreements.

Farron Cousins:                  So we do have the US soccer federation and that is essentially what the women players are saying they violated the equal pay act. So I guess would, is it both the men’s and women’s teams are, are basically controlled by this US soccer feder, federation? Are they under the same group here?

Farron Cousins:                  Okay. So, so they’re under the same group so, so that’s why they do, you know, you can make the argument obviously. Yes they do have a case. As you have said, it’s much more complicated than just the women made this, the men made this lets equal it out because there’s lots of other factors involved. I mean anybody who, who follows really any sport out there understands there’s, there’s these contracts. Each league is different. NFL, you know, Major League baseball, the NBA, everybody’s got different amounts of money.

Everybody’s got contracts and superstar players making millions and other guys making a few hundred thousand. So it’s very weird, I guess would be the best word to describe it once you start digging into all of this. But wouldn’t it be easier say if the US soccer federation said, okay, I know you want equal pay, but what if we a lot the same amount of money for, for both teams equally. The women are bringing in more money anyway. And then it’s up to the teams to decide, you know who gets paid what on the team, but you’re both provided this the same equal pay to take your money out of.

I guess obviously that would be an issue for the unions maybe to work out, but that seems to me like something that, that you know could do that. You obviously pay your best players more like with other sports. But again, this is incredibly complex and this is going to be a very difficult case going forward. Not because they don’t deserve it, because they obviously do, but because of the intricacies of it that most people, myself included have a lot of difficulty understanding.

Scott Hardy:                          Right, exactly. There, there are a lot of little items there that are going to control how much they’re going to get paid. And one of the larger points that has been made, unfortunately against the ladies team is that right now they’re, they’re, the US soccer organization is abiding by their collective bargaining agreement. They’re saying, hey, you guys made this deal with us. We’re doing what we promised you we’re doing. Well, how can you even sue us over it? Now they’re getting sued and we’ll, we’ll see what happens here. But it might come down to being able to strike a, you know, striking a better deal. Like you said, that will hopefully put some more money, secured money in the lady’s pockets and, you know, they, they obviously deserve it.

Farron Cousins:                  Yeah, absolutely. And I think that’s the biggest issue here too, is that we, we see some sports stars out there. We are like, why are they making all this money? Look at him, he’s a bum. Can’t even throw the ball 20 yards down the field. But these women have proven it. They’re worth the money, they deserve the money, and I’m hoping in spite of all the little nooks and crannies of this case, I am hoping that they end up prevailing. Scott Hardy with Top Class Actions. It is always a pleasure and as always, I encourage everyone watching this. Go check out topclassactions.com and sign up for their weekly newsletter. Scott, thank you again for joining me.