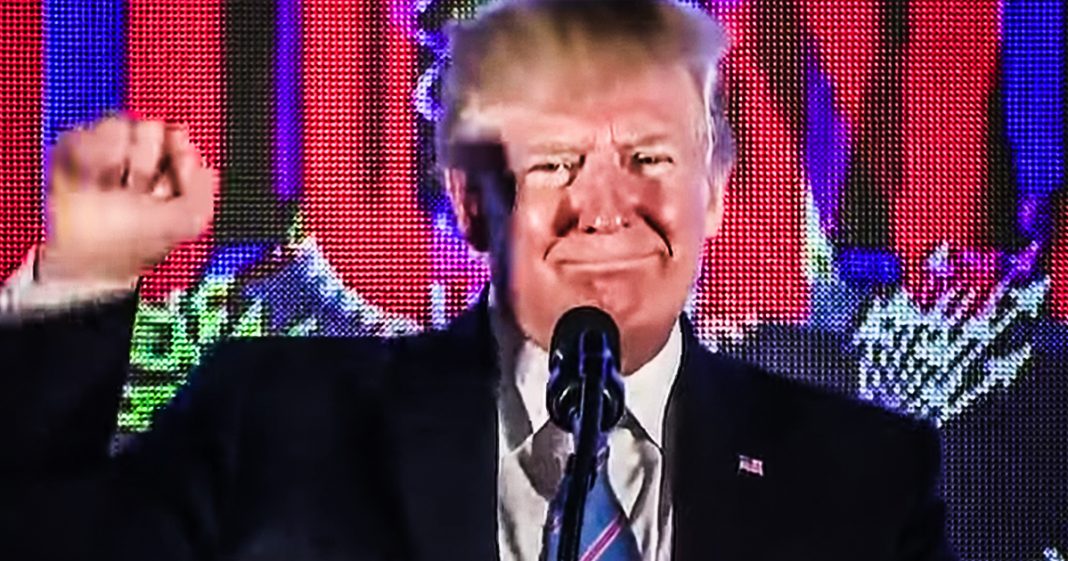 On Tuesday, the Trump administration released their proposed rule change that would effectively kick 3.1 million Americans off of the food stamp program. Apparently they have no problem with letting children in this country starve because they no longer care about children once they’ve existed a birth canal. This is an appalling move by the administration, but it is exactly what Republicans have been trying to do for decades. Ring of Fire’s Farron Cousins discusses this.

Yesterday, the Trump administration finally officially proposed the rule that we have been mourning about for quite some time now, and it is the rule that makes the changes to the snap program, food stamps a that is basically according to estimates going to kick roughly 3.1 million American citizens off of the snap program. And here’s how it’s going to do it right now. Uh, most states you’re allowed to, if somebody is already receiving some form of federal assistance because they’re low income, they’re automatically enrolled in the snap program and they get their food stamps. This changes that you are not automatically enrolled. You have to go through a process and to make matters worse, it’s not just saying, okay, we got to do a little bit more paperwork. It’s also we’ve changed the requirements. All right, and that’s the part that a lot of stories about this have completely glossed over. It’s not just that you’re not automatically enrolled. That would be annoying, but also easily fixable. Just go in and role. It’s that they changed the requirements. Now, if you make $32,000 as a family of four, you’re doing just fine. According to Trump, you don’t need snap assistance. You don’t need the food stamps. You should be more than able to provide for your family of four on $32,000 a year.

And that is utter insanity. I we’re talking about a millions of people, including about a million children in this country who were about to lose food stamp benefits about a million children could starve. And this administration, the entire Republican Party who’s championing this move, uh, they don’t care. And the reason is very simple because for the Republican party wants you as a human being, have passed through a birth canal. They stop caring about you while you’re still in the womb. Oh my Lord Jesus. They will do everything they can to protect you. Except of course give your, uh, mother free healthcare or take care of her right? Because she was already born, but you were not. So you, Mr. Fetus or Mrs. Fetus, you are protected. But Dang, once you come out that birth canal, you better be ready to work. You better not be lazy. You better have healthcare, you better get a job because we’re done with you.

The Republican Party says we only love children before they’re born. You know, if you come out and you’re hungry and all that

sorry, you should have been born in a better family I guess. Right? Maybe you can go get one of those infant jobs. Maybe. I don’t know what the reasoning is other than the fact that Republicans have absolutely no empathy. They have no heart and they’re absolute demons. That is what the Republican Party is today. And I think that’s what we need to just start calling. There are demons, you know, the very things they tell us that they’re trying to exercise out of this country is in fact what they are. Because you cannot justify, you cannot rationalize kicking 3.1 million people off the food stamp program just because Donald Trump says the economy’s good. Nobody should need food stamps. And if you think I’m making that up, I suggest you go back and read this article because that is exactly what he is using as the, uh, reasoning for changing these requirements.

He says, well, the economy’s good. Unemployment is low. People don’t need food stamps. So we’re making it harder to get them because of these weird things. I just said, that is what this administration is doing. And that is what Republicans are doing because deep down, they don’t care one bit about children or really anyone in this country after you’ve been born, and let’s be perfectly honest, they don’t actually care about the fetuses either because if they did, they would be providing healthcare for women who are pregnant. They would be providing, uh, screenings and vitamins and diapers and all kinds of stuff. But they don’t because they only like to say that they care to scare people into voting for them. But then they completely dropped that facade. Once that baby sees its first little bit of daylight. After that, you’re on your own.