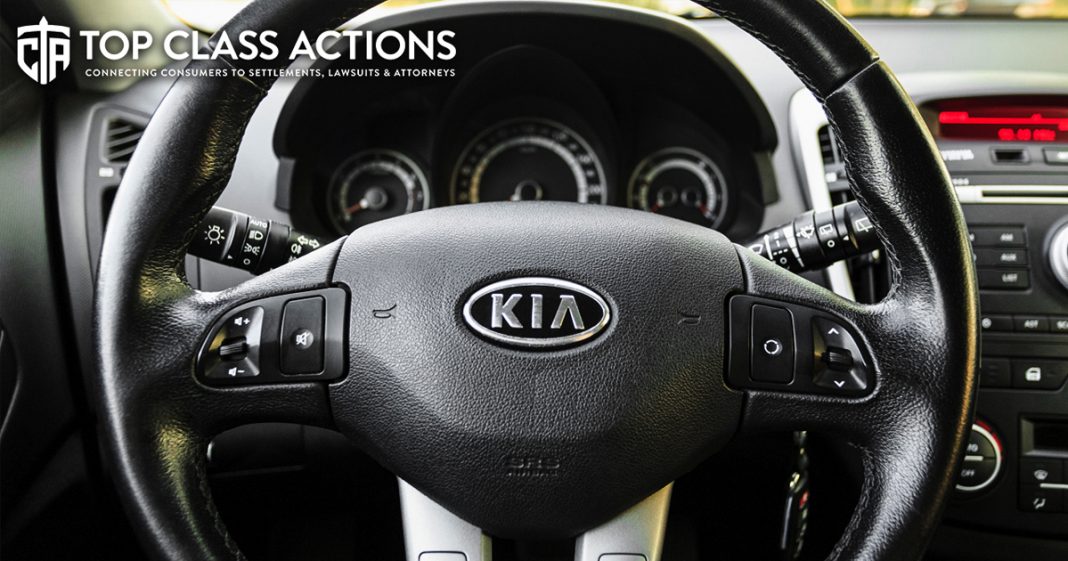 A recent Kia, Hyundai class action lawsuit claims that the automakers equipped their vehicles with defective airbags that fail to deploy. Various Kia and Hyundai vehicles allegedly contain defective airbags manufactured by ZF TRW. The control units for these airbags reportedly fail to deploy airbags in the event of a crash. The Kia class action claims that this can be deadly if a life-saving airbag does not deploy during a collision. Ring of Fire’s Farron Cousins discusses this with Scott Hardy, President of Top Class Actions.

Farron Cousins:                  One of the great things about newer automobiles today is that they’ve got all sorts of safety features to keep you and your family protected in the event of any kind of crash. This includes airbags all throughout the car, motion sensors, lane detectors, backup cameras, front view cameras, everything imaginable. And those are actually very big selling points for a lot of consumers. But not all of these safety features as we’re starting to find out are working the way they should. And I have Scott Hardy from Top Class Actions with me now to explain what’s happening.

And Scott, this particular issue basically deals with one of the oldest, not the oldest, but one of the oldest safety features available, standard front airbags. When you get into a front end collision or any kind of thing that might cause a body to slam into a steering wheel, that airbag is there to protect us. But there are certain models of vehicle right now according to a new class action where that airbag is just simply not deploying at all. Tell us what’s happening.

Scott Hardy:                          Correct. And so we have a release from Kia and from Hyundai that boasts that yes, our vehicles have this problem. Yes there is a recall. But the, the issue in this class action is that it’s not so much that, they’re not saying, hey, go and fix my airbag. Because now Kia and Hyundai have already said yes, we’re going to fix it. The issue is that Kia and Hyundai allegedly knew about this defect in, for the airbag system, for years before talking with the National Highway Transportation Safety Administration, easy for me to say. And they did not actually tell everybody who owned these cars about this.

And so you have people that bought a used car or bought a new Hyundai not knowing that there was this problem with the airbags potentially not deploying. Hyundai and Kia knew about it, but they didn’t tell anybody. And now these folks are saying, listen, if I had known about that problem, I wouldn’t have bought that model. I would not have bought that Hyundai or Kia that had this potential airbag problem. And now I can’t even sell my car for what I bought it for because they’re not worth as much because people are concerned about this.

Farron Cousins:                  And we’re talking about 12.3 million vehicles potentially affected by this recall, 12.3 million vehicles that may have an airbag that’s not going to deploy. And as you said, the class action states that Kia and Hyundai knew about this problem because there are reports that they had been investigating this as early as 2011 which would have been on those 2012 models. I mean basically we’re talking about right when the 2012’s rolled out of the a showroom off the assembly line, they immediately said, oh, wait a minute. I don’t think that airbags going to work. Better not tell anybody about it and keep just producing it, producing it up until possibly 2019.

I mean this is a big deal. This is a big failure by these automobile manufacturers and for anybody who’s ever had to have an airbag replaced, if you’ve been in an accident where the airbags deployed, that’s not an easy fix. That is not a cheap fix because airbags are very complicated and they are very expensive. So even if yours hasn’t deployed, it’s still a massive undertaking for them to go out there and change it out so that you can get one that actually works, which just creates even more of a headache and a hassle for these consumers that own these cars.

Let’s find out how much money they actually lost and see if we can put that back in their pockets. We’ve seen from the emission scandals where we have had similar issues with loss of value, value in cars, that it could be hundreds of dollars if not thousands of dollars that can go back in their pockets. So we’re hopeful that if you own a Kia or Hyundai and are impacted by this class action, that you’ll be able to get a good return.

Farron Cousins:                  And you know, this doesn’t even touch on the issue and, and, and I don’t know if you know this, but this was also a potentially deadly issue for the people who are not aware of it. You know, not saying anybody seeks to go out and get into an accident, but if they know, you know what, my car has got an airbag, I am protected at least a little. So we could be looking at some people with very serious injuries due to these faulty airbags. I guess that might be an investigation for another day. But this case to me seems like for both Kia and Hyundai, probably gonna get a lot worse before it gets better. Right?

Scott Hardy:                          Yes, that’s true. And that brings up a very good point, that if you were in any car that was in a front end collision, whether it be a Hyundai or Kia and your airbag did not deploy, you want to talk to a lawyer. Because if there’s any kind of connection to this recall, to this recall right here and you not, you getting injured, your airbag not deploying, then you have a major lawsuit on your hands. And you should absolutely talk to an expert to see if you can get some help in that above and beyond, you know, getting, getting paid back for your car. Let’s make sure that you’re healthy and that they can go after the manufacturers for this problem that knew about it, but didn’t fix it according to the class actions.

Farron Cousins:                  Absolutely. And for a full list of the vehicles that are effected by this recall and could potentially have this faulty airbag system, follow the link in the description of this video and head over to topclassactions.com and do make sure that you sign up for their weekly newsletter. Scott Hardy, Top Class Actions. Always a pleasure talking to you.