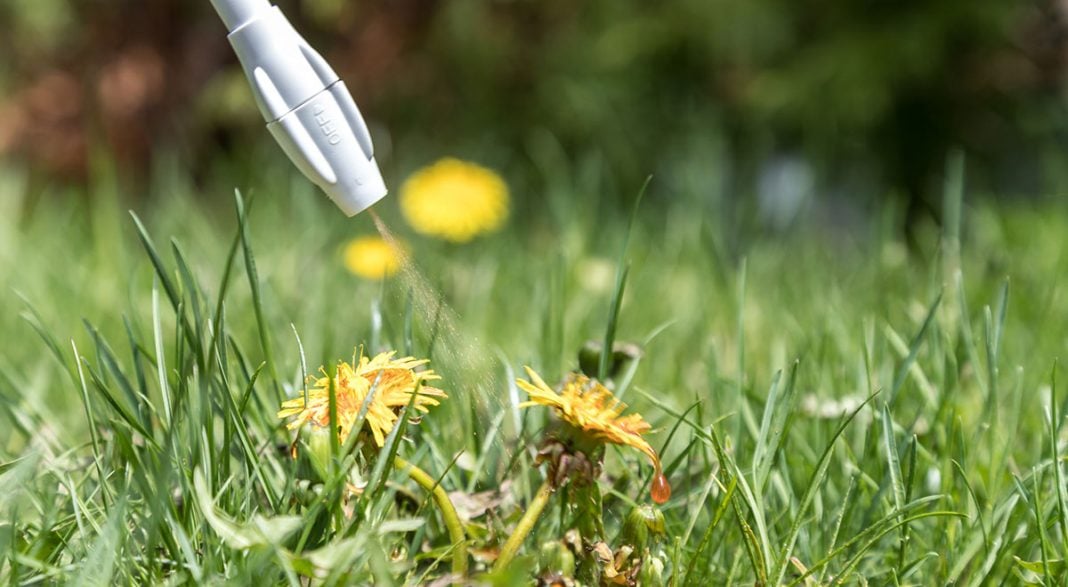 It turns out that the problems with glyphosate, the active ingredient in the controversial herbicide Roundup, are not confined to cancer and other health problems resulting from exposure. Glyphosate harm to the environment begins at the source – in this case, at the mines where Bayer obtains one of the ingredients of glyphosate.

The scientific name for glyphosate is N-(phosphonomethyl)glycine. It is a chemical compound, synthesized in a laboratory, containing the element phosphorus. More specifically, it is the result of a series of chemical reactions involving phosphorus, chlorine, formaldehyde and a synthetic form of an amino acid known as glycine. Ironically, phosphorus is a vital nutrient, while glycine is one of the basic building blocks of life itself. Altogether however, these ingredients create a poison that essentially shuts down the reproductive systems of plant cells (as well as beneficial gut flora in the human digestive tract).

Since the early 1950s, Monsanto has obtained its phosphorus from a source in southeastern Idaho (prior to the development of Roundup in 1974, it was used as an ingredient in laundry detergent). That mine is nearly played out, so Bayer recently applied for a permit to open a new mining operation near Caldwell Canyon, about 40 miles east of Pocatello.

This past May, the Bureau of Land Management released its final environmental impact statement in preparation of making its decision on whether or not to approve the proposed phosphorus mine. However, critics say that the report fails to consider local environmental impacts in light of a number of past, present and future phosphorus mining operations in the area. Many of these mines are contaminated Superfund sites, where cleanup and remediation may continue for years.

Because the area is rich in phosphorus ore, there are currently four active mines in the area, with four more being planned. To date, phosphorus mining has affected approximately 17,000 acres of public land as well as land allotted to the Shoshone-Bannock Indian Nation. Aside from disturbing the region’s sensitive biome, the mining and processing operation produces selenium, which in high concentrations can have a devastating effect on human and animal life. This selenium has contaminated local water sources; over the past several years, at least 600 animal deaths (primarily livestock) have been attributed to selenium toxicity.

Despite cleanup efforts, an EPA review has determined that selenium contamination has spread, and that remediation of groundwater sources “will not be achieved in the foreseeable future.” Furthermore, there are no regulations preventing the use of selenium at current processing facilities.

Now, Bayer wants to open yet another phosphorus operation. Its current phosphorus mine, located on federal land near Soda Springs, is expected to be exhausted by 2022; its proposed mine near Caldwell Canyon would start operations in 2023 and continue to operate well into the 2060s. It would affect over 1500 acres – a quarter of which is public land.

Beyond selenium contamination, there are impacts on soil and vegetation due to stip mining, noise pollution from machinery and explosives, and air pollution from dust. According to a study of China’s Three Gorges region published last year, the environmental damage resulting from phosphorus mining are extensive and unpredictable.

Bayer, ever conscious of its precious, though tarnished public image, claims that its new mine will be “the most environmentally advanced” of its time, and that the company’s objective is to “leave as few traces of mining as possible and, where feasible, leave the land in better condition than it was.” A spokesperson for Bayer Crop Sciences says that “Our approach is ecological restoration, which means holistically bringing back – in full function – the key environmental systems that were present before mining.”

Environmentalists are not convinced. Nor are the Shoshone-Bannock Tribes, whose reservation borders the area, and whose hunting and gathering activities – guaranteed under the Fort Bridger Treaty of 1868 – have already been compromised by mining and local cattle grazing. Furthermore, thanks to Trump and his cronies, ecological restoration is not required of those who cause damage.

Once the BLM makes its decision, there will be a 30 day period during which the public can register its protests and file appeals – but it is unlikely that anything short of major litigation will stop Bayer from using land belonging to the American people for its own private gain – and wreaking permanent, irreparable harm in the process.