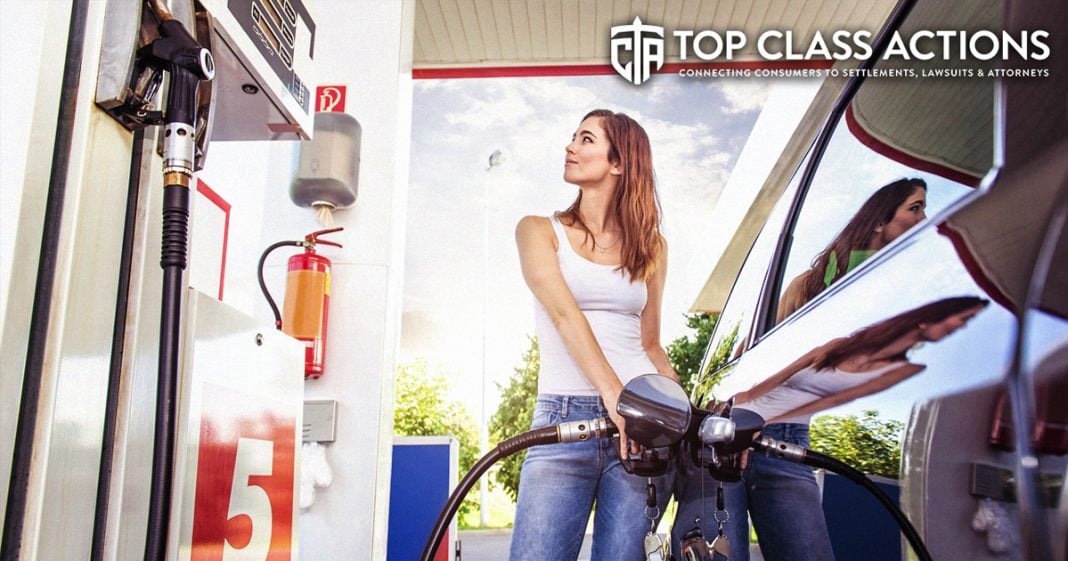 Farron Cousins:                  For about the last 20 years. Anybody that’s not driving a fully electric or even hybrid vehicle, gas prices have been the scourge of all drivers out there. And unfortunately a lot of gas stations out there like to take advantage of this. Everybody’s looking for the best deal on gas. And unfortunately one of those gas stations, Murphy Oil, might be deceptively marketing their gasoline prices in order to attract more consumers.

Joining me now to talk about this is Scott Hardy from Top Class Actions. So Scott, again, we’re seeing gas prices rise right now. So people are driving around trying to find the best deal to save a couple cents here, a couple cents there because it adds up to very real money. And Murphy Oil, who is associated with Walmart, you typically see them out front of a, nearly every Walmart super center out there. What are they doing to attract people thinking that they’re going to get cheaper gas?

Scott Hardy:                          Well, this one is confusing from the offset and you have to think that every single consumer that’s out there that’s going to a Walmart, that’s getting their gas thinking, hey, it’s Walmart. Right? Everything else is the cheapest price possible here may as well get my gas, it should be the least expensive. And so you roll up there, you go to get your gas and there is the all in price and there is the discounted price. So we would all think that the discounted price is the better price, right? No. Somehow the all in price is actually less expensive and these, this kind of issue is really why class actions were made because you have a difference in price of 3 cents per gallon.

And so really for most people, c’mon it’s 3 cents a gallon. But that’s the wonderful thing about doing this to people thousands upon thousands of times is everybody goes in there and spends an extra 40 cents. You’re spending an extra 40 cents or so per trip. It’s not going to kill you. You’re not going to notice it very much. But that extra 40 cents times a thousand a day, times however many gas stations that are out there. These Walmart gas stations that are run by Murphy Oil.

That is a lot of money that they’re raking in confusing customers. Because they walk in and they see a price per gallon, all taxes included for $2.30 a gallon or $2.31 cents a gallon. But there’s a discounted price of $2.34 a gallon. So how is it the discounted price more, actually more than the price per gallon all tax included? That doesn’t make any sense. But that is what this class action alleges is happening at these Murphy Oil gas stations at Walmarts.

Farron Cousins:                  You know, that, that is a very confusing thing. It took me, I had to read through this particular article a couple of times because at first I thought I was like, well what did, did they misprint this? Because it’s saying the discounted price is actually more than the regular price. I thought, I thought you guys screwed up when you were writing this, but no then I realized like, oh wait, no, that is actually what the gas station itself is doing. And so of course, look, if you’re looking at two products, they’re identical products, just like you know, regular unleaded gasoline and you see one says discounted, you’re going to push that button.

That’s the button you’re going to go to. You’re not even in some cases going to look at the taxes and everything included in this price. No. You see discount, you want the discount, and yeah it’s 30 cents for you. It’s, you know, 40 cents for the car next to you, but you do it to 10,000 cars a day every day of the year, and that adds up to hundreds of thousands, if not millions of dollars that these gas stations are pocketing by getting you to press the discount button instead of just regular unleaded gasoline button.

Scott Hardy:                          Exactly. This is something that should be fairly simple of the discounted rate should always be cheaper than the regular rate. And if you’re misleading consumers as this class action alleges, than you’re going to have to change around your business practice and make it very clear that your discount is actually a big boost in price and not a discount at all.

Farron Cousins:                  Yeah. For any consumers watching this right now, who happened to fill up at Murphy Oil stations and you’re a fan of hitting that discounted button, I advise you to follow the link in the description of this video. Find out everything you can about this, see if you may possibly qualify for this class action as it moves forward. And of course, while you’re at topclassactions.com make sure you sign up for their weekly newsletter. Absolutely one of the best resources out there for consumers to arm themselves with the knowledge they need to know about. Scott Hardy with Top Class Actions. Always a pleasure talking to you.