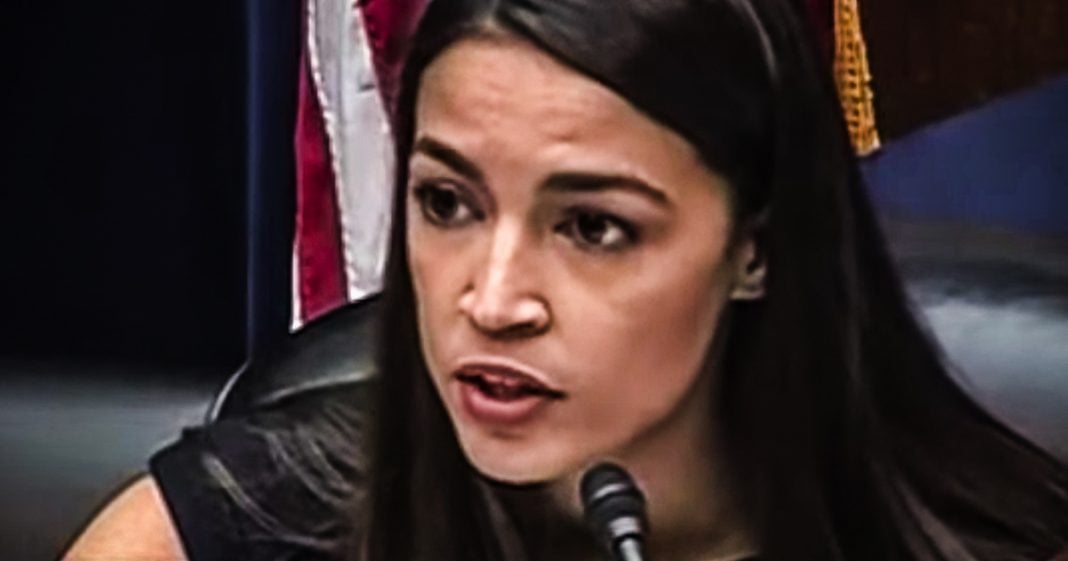 A Louisiana police officer posted on social media several days ago that AOC “needs a round” and he stated that he wasn’t talking about drinks. The man, Charlie Rispoli, is open talking about murdering a sitting members of Congress, but his superior officer believes that this comment didn’t rise to the level of being a “threat.” Ring of Fire’s Farron Cousins discusses this.

A Louisiana police officer by the name of Charlie Rispoli, uh, recently got in trouble after posting on social media that representative Alexandria Ocasio-Cortez was not only a vial idiot, but he also said that she needs a round, and I’m not talking about the kind she used to serve when she was a bartender. He was referring of course to around that you would put on a gun around of bullets, if you will, this police officer and active duty officer, 14 year veteran on a forest down there in a town called a Gretna, Louisiana openly suggested killing a sitting member of Congress. And do you know what got this little snowflake triggered a satirical article that this moron didn’t know was a joke. The headline on the satirical article was Ocasio-Cortez on the budget. We pay soldiers too much. Uh, it was from the website TatersGonnaTate. But Mr Rispoli here was so stupid that he actually thought that is what this woman said and it made him angry enough to suggest assassinating her.

Now, city officials in this small Louisiana town of about 18,000 people have spoken out against this officer said, oh, this is bad. It definitely violates our a, you know, social media policies that we have for police officers, but we’re not going to go as far as to say that it’s a threat against her. God forbid we do that because then we probably have to take some kind of action against this psychopath that we have on our police force and we don’t want to do that. So we’re going to let him stay. Maybe as is too often the case, maybe he’ll get a week or two of desk duty. More likely than not, this psychopathic stupid officer is probably still out there on the streets driving around in his police car, pulling over speeders and threatening people because he believes he’s got a little bit of power.

But this threat should not be taken lightly. And of course, this is the result of Donald Trump and the Republican’s attacks on AOC, and on Pressley, and on Omar, and on Tlaib. This is what happens. This is why these women have had to increase their security detail. It’s why they’ve had to go through special training because of idiots like Charlie Rispoli over there in Louisiana, and Trump understands this, and that’s part of the reason Trump continues to attack these women. He likes this. This is a feel good story for Donald Trump. Not a scary warning to the rest of us. He loves this crap. These are his followers. These are his people, and they’re too dumb to be able to distinguish satire from reality, and they’re willing to suggest murdering people because they’re too stupid to know the difference.