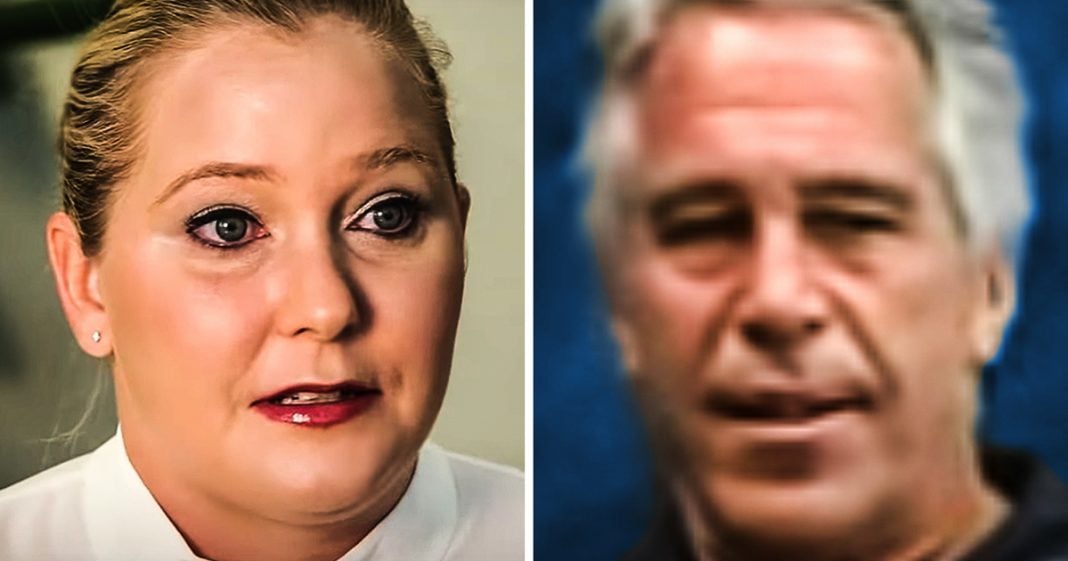 4 years ago a story broke from one of the victims of Jeffrey Epstein, where she claimed that videos existed and that she had photographic evidence that “powerful men” were having sex with underage girls at Epstein’s place. This story didn’t gain traction four years ago, but things are a little different now and the spotlight is all over Epstein and his connections. Ring of Fire’s Farron Cousins discusses this.

Raw Story has posted a story that’s actually from four years ago. Where an Epstein victim and accuser came forward during an interview and said that not only did she have to have sex with Prince Andrew at Epstein’s little, uh, sex palace down there in south Florida, but she also shed, there’s video evidence and there’s photographic evidence, most of which is held right now by the FBI showing other quote, powerful men engaging in sexual activities with underage girls at Epstein’s place. Now, this is all coming from a woman by the name of Virginia Roberts, who was a basically one of Epstein’s captive sex slaves down there. I took her over to Thailand to learn a Thai massage techniques. But here’s the thing. This story was four years old. 2015 is when Virginia Roberts told this story. I believe it was the daily beast, a who released this story and back then, nobody cared. Yeah. Hell, it’s 2015 right? We’re gearing up for a presidential election. We don’t care about this Epstein guy down in south Florida, the most, most people haven’t heard of, but Raw Story made the correct decision to wrap up this story because they understand the significance of it. They understood the significance of it back then.

Unfortunately, most of the public did not. If what this woman is saying is true, and remember at the time there was no open case against Epstein. You know, this stuff in New York wasn’t happening. He had already served his very lenient prison sentence down in south Florida. She had essentially nothing to gain from coming out and telling this story because she didn’t name names. Okay? That’s the other thing. She wasn’t out there trying to, oh, I’m going to go after this guy and become famous. No, no, no. She told her story and then she said that this evidence exists and that it’s in the hands of the FBI and that she, on multiple different occasions had to speak to the FBI and tell them the things that she had seen, that she had witnessed in that she had experienced.

So this begs the question, if most of this did happen down here in Florida, would any of this even be able to be submitted in the New York case that’s going on now? Unfortunately, the answer to that is likely not. However, there could be a very strong case for a Freedom of Information Act request for these documents, but more importantly, the biggest chance we have of getting our hands on these videotapes in these photographs is an ongoing lawsuit down there in south Florida that is seeking to unseal all of these records as the deal was inked without ever once consulting the WHO brought the case against Epstein.

There are some very talented and dedicated lawyers down there in south Florida working on this case as we speak, and they’re the ones who hold the key to uncovering every single disgusting person, Democrat or Republican, who was hanging out down there at Epstein’s sex palace abusing under age girls. That’s the case we need to be focusing on in addition to the one happening in New York, because we’re probably not going to get a lot of names and info from, from these disgusting pigs up in New York, but we could get all of that from this lawsuit down here in south Florida.