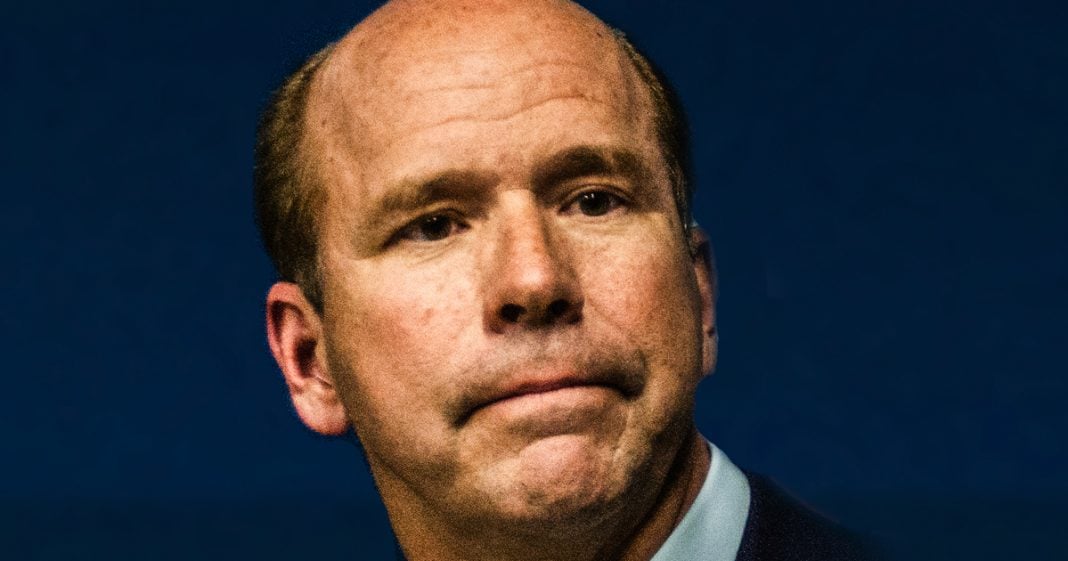 Democratic Presidential hopeful John Delaney has been running for President for nearly two full years, but still hasn’t managed to consistently poll above 1%. According to Axios, his staffers sat him down on July 9th for a heart-to-heart talk where they begged him to just end this race because he has no hope of winning. More staffers should sit down with their bosses to tell them the same thing so that we can narrow the field down to the people who could actually win the nomination, as Ring of Fire’s Farron Cousins explains.

Earlier this week, CNN announced the a debate lineup for the second democratic debates coming at us July 30th and 31st, and because we still have about a thousand people running for president, they want to again, had to break it into two nights just like MSNBC had to do previously. So this means we’re going to get a bunch of crappy people on stage with a bunch of people who actually have a shot at winning the nomination. And instead of just hearing from the people who have a chance, we also have to hear from the people who should’ve dropped out months ago. One of those people is John Delaney and according to a report on Axios that came out on Friday, on July 9th, John Delaney staffers sat him down and begged him to please drop out of this race. John, you don’t have a chance. You’re just wasting tons of money. That could probably go to better candidates or hell even better causes.

Could you just stop in, get the hell out of the way. In his own staffers had to sit him down. Basically a come-to-Jesus meeting and say, John, this just, this just isn’t working for us. I think it’s time. We part ways. I think you say goodbye to your presidential aspirations. It’s not in the cards for you. It just wasn’t meant to be. It’s not them. It’s you. And honestly, I wish more staffers would sit down with the people that they work for who are running for president and have this exact same conversation. Marianne Williamson, your people need to have this conversation with you. Michael Bennett. Your people need to have this conversation with you. Hickenlooper, you need to hear this. You know Inslee, you are grading congress, but you probably also need to hear this and many, many others. Gillibrand sorry. You need to step out of the way.

Booker. Hey, you thought you had it in the bag, man, but your staffers need to have this conversation with you. And again, there’s plenty others who’s also need to hear this stuff. The Blasio, sorry, thank you. Next. But here’s the thing. As I mentioned again, we’re going to have to have two nights of debates. We don’t have all of the front runners on the same stage. Night Number One, you’ve got Bernie and Warren, so you’ve got the progressive’s night number two, you’ve got Kamala and Biden. Okay, so you got the corporate is there and the rest of the people, nobody cares about Beto O’Rourke. Your star has been falling for months now, dude, what are you doing? Get out of the race. But at least John Delaney staffers had the courage and knowledge to sit him down and say, listen, you announced you are running for president at the end of July, 2017 so this man’s been running for president for almost two years. He’s paid 19 million out of his own pocket for this vanity project. And they’re trying to tell him, you don’t have a shot. Hang it up and get out the way.

I know months ago we were sitting here talking about the fact that we need a big field. We need all these people. We need to see who’s about what. Well, we’ve done that. Now we know who’s about what. We know who has a chance. We know who’s good and we know who’s pretending to be good Buttigieg, I’m looking in your direction there. Everybody else needs to go, right? We got five or six people that are pulling at the top. Meanwhile, you’ve got the Delaneys who’ve been in this for two years and they’ve never cracked 1% in the polling. It’s time to hang it up, and that goes for about 15 other people also running for the Democratic nomination today.