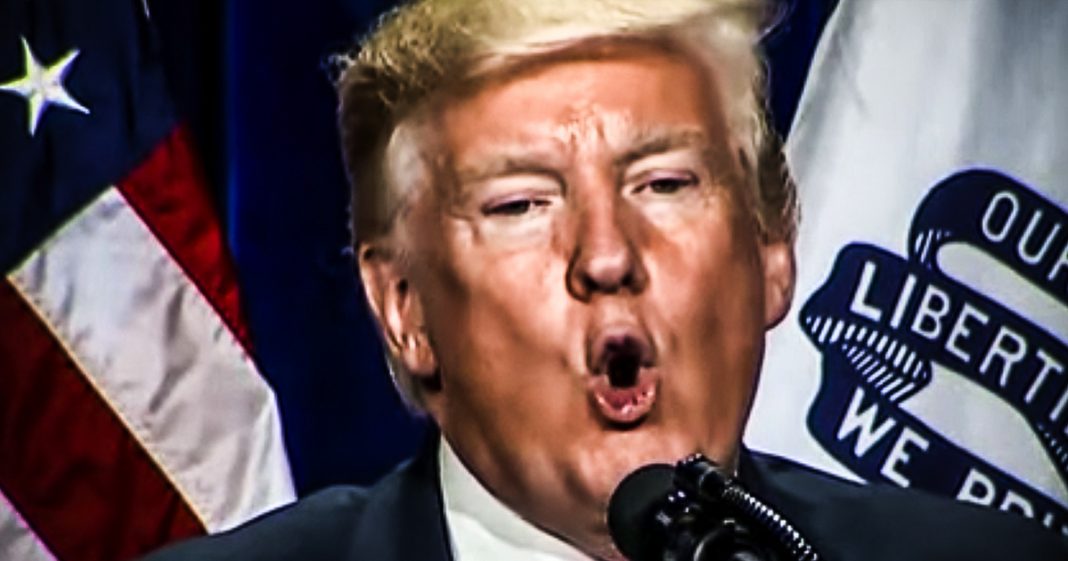 The Trump Administration has talked a big game when it comes to cracking down on human traffickers, but his administration is on pace to have the fewest prosecutions in this arena in nearly a decade. Is this because of Trump’s connections to Jeffrey Epstein, or is it because his administration genuinely doesn’t care about the problem? Ring of Fire’s Farron Cousins discusses this.

The number of prosecutions against human traffickers has so far this year, fallen 26.7% over the year before. And the year before that was even lower than the year before. Basically prosecutions for human trafficking hit an all-time high during President Obama’s last year in office. Um, and they had increased three fold since the time Barack Obama came into office. So every year basically going up, up, up, and the number of piece of people were prosecuting for being human traffickers. And then Trump comes into office and suddenly to weigh down. Now there’s lots of theories about this. First and foremost, the one that seems to be going around in the headlines this week is because obviously Donald Trump’s good friends with Jeff Epstein. Jeff Epstein is being accused of trafficking in children to have sex with. Donald Trump partied with him on multiple different occasions. Maybe Trump’s involved in that. People say, okay, and maybe that’s why this is happening.

I disagree with that and I, uh, agree with what salon has to say. And it’s because the Trump administration is more obsessed with prosecuting illegal misdemeanor border crossings than they are human traffickers. In fact, according to prosecutors across this country, the Trump administration is so laser focused on only prosecuting the individuals who come across the border illegally, which again is a misdemeanor. If you’re seeking asylum, it’s not even illegal that they’re letting the caravans and truckloads of human traffickers go through. I know we’ve seen images, oh, they caught a truck and it was packed with 75 people. Oh, they caught one over here, packed with 200 people. But these prosecutors say hundreds upon hundreds more are making their way across because the Trump administration only wants to get the individual little people, and some of these are just people being smuggled across the borders.

Others are people being smuggled for the purpose of human trafficking, but this administration is so hell bent on sending a message to the world that we’re tough on immigrants, that they’re letting one of the most disgusting and horrible cases of human slavery flourish here in the United States because that’s the other side of the coin. Some people might look at these numbers and well, obviously it’s because the problems going away. Problem is getting worse. Folks look at the statistics on that. It is getting worse and has been getting worse. It’s just that the Trump administration is turning a blind eye towards it. They don’t care. They don’t care.

Trump’s talked a big game about human trafficking, Yo. He said, we got to stop these human traffickers coming across the southern border, but that’s not what he’s interested in. If he wanted to do that, there would be prosecutions, but instead, prosecutions of illegal border crossings have increased 121% in the last couple of years, and yet we’re falling by 26% and the number of human traffickers being prosecuted in the United States, that problem continues to grow. And that is a hell of a lot worse than people committing a misdemeanor by crossing that border.