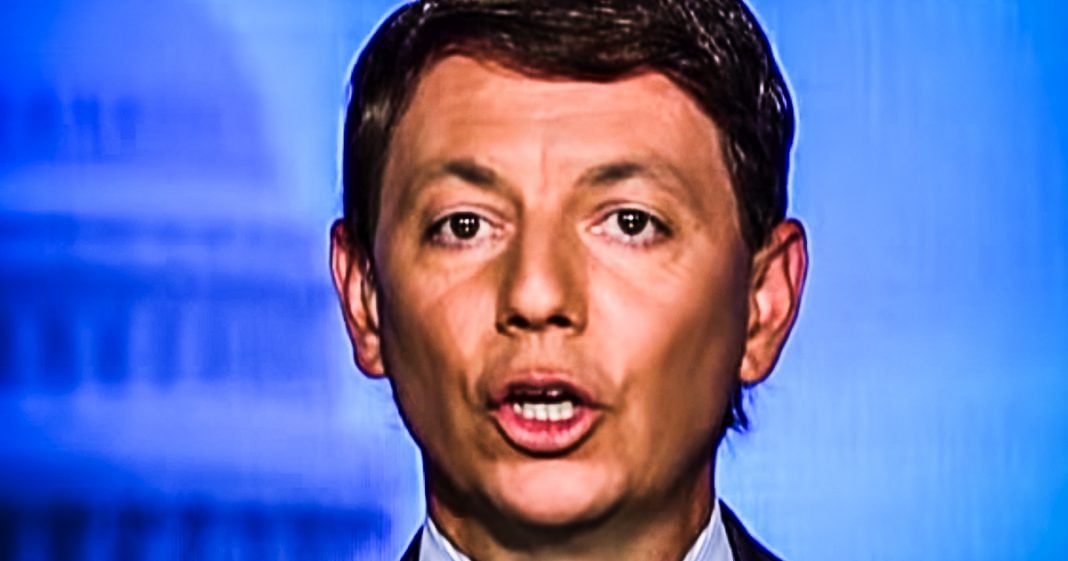 According to a spokesperson for the Trump administration (Hogan Gidley), Donald Trump will no longer “be beholden to the courts.” This is an instance of saying the quiet part out loud, because the President, like the rest of the country, is bound by the laws of this country. Is Congress going to take action now? Ring of Fire’s Farron Cousins discusses this.

Donald Trump is no longer even pretending that he doesn’t want to be a dictator here in the United States. Last Friday in an interview on Fox News, we had press, a principal, deputy press secretary, Hogan Gidley from the White House make a startling admission to a Fox News host, Bill Hemmer. This is what he said. He said, the president said, listen, I’m not going to be beholden to courts anymore. I have the legal authority to find out this information. The American people deserve to know it, so I’m moving forward with this method. Now, specifically, what Mr. Gidley was talking about here was the fact that Donald Trump still wanted the census question or a citizenship question on the census. You know, everybody thought we all thought to Thursday afternoon he was going to come out and issue the executive order. Instead, he said, we’re not putting it on there. Mr. Gidley goes on Fox News on Friday and says, listen, the president was going to. We were thinking about putting it in an insert. We all agreed that the supreme court was wrong and that they actually told us we could do it. Mr. Gidley had said, they said, the Supreme Court said, we can put it in there. It was just, Gosh, darn it. We were too close to the printing time and we couldn’t get it done in time. Mr. Gidley said, and then he went on to say that Trump said he’s not going to be beholden to the courts anymore. Now, aside from Mr. Gidley statement being absolutely completely 100% wrong about what the Supreme Court said, Donald Trump’s saying, I’m not going to be beholden to the courts anymore, is impeachable. That statement alone is grounds for impeachment. He admitted according to Mr. Gidley who said this openly on the record, that Donald Trump is not going to obey the law. The president has the intent to break the law.

The president has no respect for the checks and balances. Therefore no respect for the constitution and therefore should not be in office. You know, statements like this drive me insane. Not because it’s a new revelation. We knew this, we knew this about this maniac. The reason they pissed me off so much is because we have a democratic controlled Congress that could have opened an impeachment inquiry months ago based on all of the information they had back then and they still haven’t done it. It’s not happening. Pelosi doesn’t want to do that. She would rather spend her time demonizing members of her own party. And while she does that, not only is Trump piggybacking on it, making those horrible comments on Twitter, but now he’s out there saying like, I’m not going to pay attention to the courts. I’m going to ignore their rulings. I’m going to do whatever the hell I want because I have the authority to do it.

No, he doesn’t. And every time he says something like this, he rips that constitution just a little bit further, just a little bit further each time, rip, rip, rip. There it goes. All the while, these Democrats in Congress who actually call the shots are sitting there tweeting saying, oh, this is awful. The president shouldn’t do this. If only there was something I could do about it. There is, there is plenty you can do about it. There’s plenty that could have been done months ago, but you sat around thinking, you know what? I Bet I can make a deal with this guy. I’m going to cave into a couple of his demands. I’m going to continue to ignore the fact that the American public is growing increasingly disgusted by this man, and the majority of them are now starting to think that, you know what? Maybe he did actually commit a crime. I’m going to ignore all that because what? That’s the kicker. They have not been able to offer a clear and concise reason why they continue to not stand up to this man on the matters that actually matter.