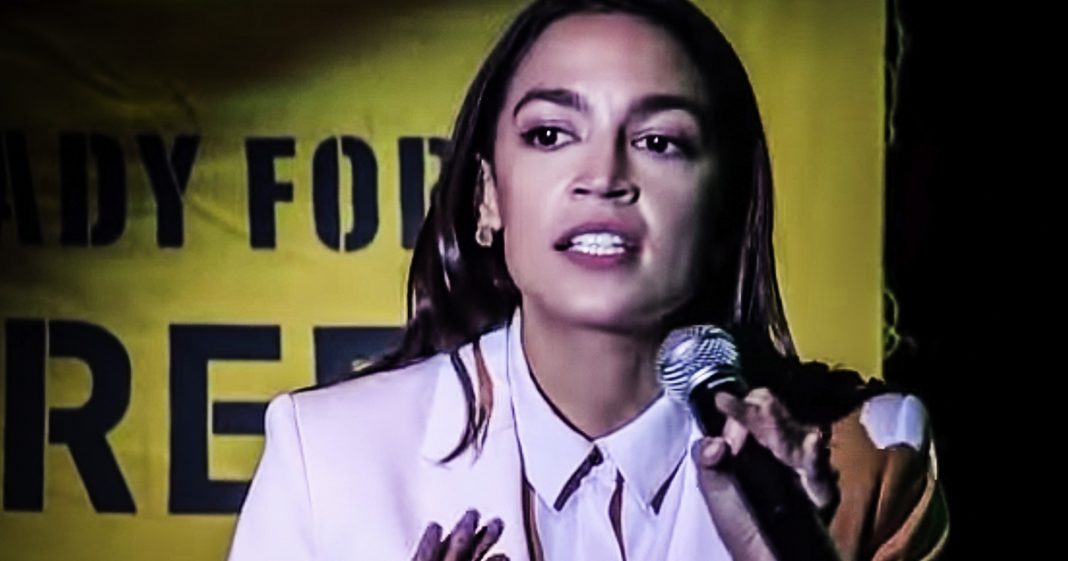 Two major religious groups have come out and endorsed the Green New Deal, a surprising move for the typically right-leaning evangelicals. But this is an issue that transcends parties and religions, and it should be something that every single person should easily get behind. Ring of Fire’s Farron Cousins explains how it will take all of us – even the people with disagree with – to come together to solve the greatest threat of modern life.

You know, sometimes in the minutia of news, everything gets covered by some of the worst stories imaginable. That’s what people want to see. That’s what draws the headlines, the views, the clicks, whatever it is, but believe it or not, there was some good news this week that really few people even talked about or acknowledged and that good news was that in the last couple of days we have had two different major religious organizations here in the United States come out and endorse and sign on to the Green New Deal. The two groups are the Unitarian Universalist Association and the United Church of Christ. Both of these religious organizations have said, we are going to sign onto this deal. We support it. We back it. Why? Because if we view it as the environment, the land, the earth, whatever we want to call it was given to us by God, then it is our duty to protect it. In fact, the Bible actually does say that folks go back and take a look.

The Bible says we have the duty to protect it. Now. I know a lot of the hardcore right wing Republican politician evangelicals tell us that, oh, it doesn’t matter if we destroy the earth, God will fix it for us. He’s a good guy. I’ve met him. I talked to him one time. Um, that, that’s not what the Bible actually says though. It says you have to take care of this. God gave it to you. This is your gift. You got to take care of this. And that’s exactly what these evangelical organizations believe. And that is the correct belief to have if you believe in religion. But here’s the thing. Um, every major movement of the last 60, 70 years has had some kind of religious base to it. Martin Luther King showed us using religion, how racism was bad, how segregation was bad and all of that. He backed his claims up with religion. Even some of the worst movements, you know, the Republican’s attacking the LGBTQ community, the anti-abortion folks, they’re using religion to, to make their case. And that’s become a cultural war that’s been raging for more than 30, 40 years at this point. But it’s all backed by religion, so why not the environmental movement too? Right?

If you do believe in religion, if you are a Christian and you believe that there is one God up there in the sky and that he gave us this earth, if you believe that, then you also have to believe because it’s in your book that we have a duty to protect this land and to be honest, this is something that transcends religions and it transcends political parties and that’s what we have to get behind. Now, you know, I don’t typically call for alliances with some of the worst of the worst out there, but believe it or not, the issue of climate change is going to be of those issues where all of us left, right? Center, Libertarian, Green Party, they’re there. Green party’s already there. Let’s be honest, they’re already there, but we all have to come together. Christians, Muslims, everyone coming together to combat the issue of climate change.

Short of everyone joining. There’s not going to be much this planet can do, and I’m not saying every single individual person across the planet, but there have to be coalitions. There have to be alliances. We all have to band together to fight back against the misinformation coming from the fossil fuel industry and the fossil fuel funded politicians. If we do not have that, they’re going to continue to win the day and destroy the planet. So I don’t care if you don’t like religion. I know we’ve got a lot of people that follow us that are not big fans of Christian organizations or evangelicals, whatever, but this is a win. If these groups can help us push this issue, can help us push for action and get other groups to do the same, then who knows? We may just save the planet before the worst of the worst happens.