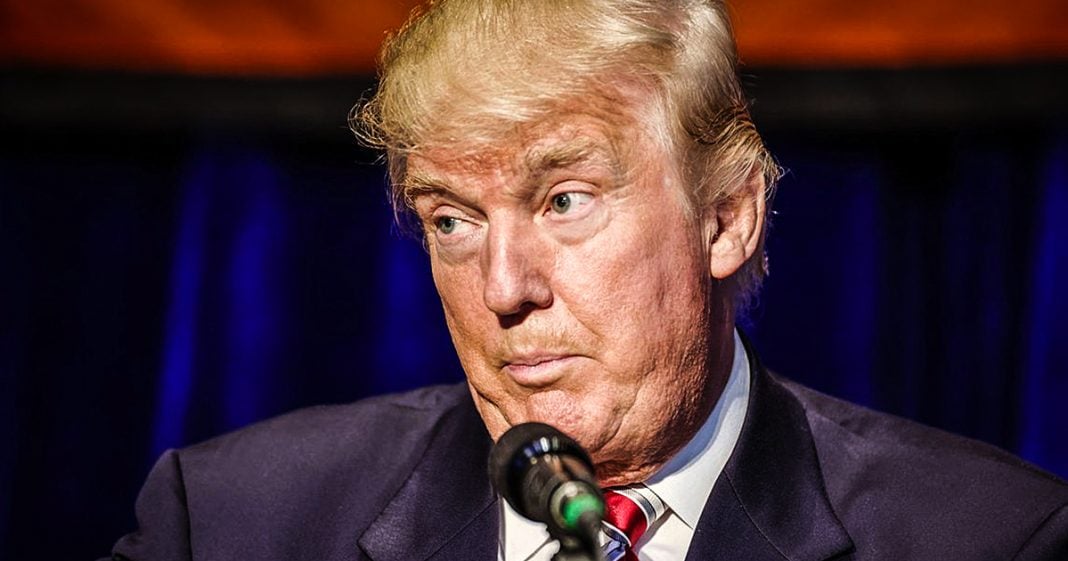 Donald Trump has been implicated in more criminal activity following the unsealing of FBI files on his former lawyer Michael Cohen. The papers clearly show that Trump, along with Hope Hicks, coordinated the hush money payment to Stormy Daniels through Michael Cohen, and they also worked with David Pecker at The National Enquirer to bury the negative stories about Trump’s affairs. Ring of Fire’s Farron Cousins discusses these revelations.

Yesterday, Judge William Pauley decided that he was going to unseal court documents related to Michael Cohen that apparently have directly implicated both Donald Trump and Hope Hicks in the Stormy Daniels hush money payment and cover up. This would mean if these documents are to be believed that both Donald Trump and Hope Hicks were accomplices to this massive campaign finance fraud. They knew about it according to these new documents. They helped to cover it up. There were multiple different phone calls that took place and even got to the point according to these documents, the FBI was involved in investigating this. And that’s actually where a lot of this information came from, was from actual FBI agents. And here’s just one, one thing I want to read off of here because this is just remarkable, the chain of events that happened. Because at the time, you know, Hope Hicks was basically working as a glorified assistant for Donald Trump.

She was like Michael Cohen, except without the law degree. She was this fixer. And so the documents detail this chain of phone calls that took place with Michael Cohen, David Pecker, uh, from The National Enquirer, Trump and Hope Hicks. Here’s how one of the chains went. This was October 8th, 2016, uh, after a phone call, Cohen received from Hope Hicks during which Trump join the call. Hicks then had a separate call with Michael Cohen, who minutes later called David Pecker. Then Cohen was called by Howard, Pecker’s lieutenant. Cohen called Hicks. Then got a call from Pecker and then called Trump with that final call lasting eight minutes according to the documents. And this was all right around the time that all of this news was about to break again, we’re talking October 8th, 2016 a month before the 2016 presidential election. Everybody I just mentioned in this little chain of phone calls that took place over a span of about an hour.

They were all panicking because Stormy Daniels was about to go public. Uh, the Karen McDougal, the playboy playmate, a fair story that was about to go public. The Access Hollywood tape had just come out. They knew that any one of these other affairs of the president coming out would be disastrous. And that’s what they were all coordinating there and it worked for them. Stormy Daniel’s story didn’t come out till well after the election, Karen McDougal, same thing. And with the McDougal story, which has been a grossly overshadowed by the Stormy Daniel story, it’s still just as important. The National Enquirer, they’re their media group. They’re owned by David Pecker. They paid her $150,000 to not come forward and pay a and tell her story, excuse me. So that would also be another in kind campaign contribution that The National Enquirer is involved in. That whole pics was also involved in that Michael Cohen was also involved in and that Donald Trump was also involved in.

Now, a lot of this is stuff we actually did already know, but we did not know the chain of command. We did not know necessarily that Hope Hicks was directly involved in it. And as Trump has told us repeatedly, he knew nothing about these, uh, payments. He wasn’t involved. Michael Cohen told Congress that, yes, he was. And now we know from the court documents, the FBI themselves said, Oh heck yeah. Donald Trump was definitely involved in this, which would mean he committed a crime as did Hope Hicks, as did David Pecker, and as did Michael Cohen, but Cohen’s the fall guy, Cohen’s the scapegoat, you know, everybody’s out there saying, will Cohen was just a criminal? He was doing all these bad things on his own. Well, no, apparently he was not. This warrants a broader investigation and we know we’re not going to get it from the Justice Department because William Barr already killed that, so it’s up to Congress and that is exactly why Judge Pauley released these documents.

He said the campaign finance violations discussed in the materials are a matter of national importance and that’s why he made the decision to release them. Michael Cohen himself issued a statement from prison saying, this is a matter that needs to be further investigated. He said both by the DOJ and by the House of Representatives, but unfortunately we know DOJ is not going to do it. So it is up to the house at this point because senates certainly not going to do it either. These are impeachable offenses and for all those Democrats out there saying, why? I don’t know if we should impeach, won’t that only make him stronger? Oh God. Then we get Pence. Nothing is more dangerous than the crazy man sitting in the White House right now. Nothing is worth letting him get away with these crimes. Democrats, you’re not getting anything in exchange for not going after him. So I suggest you take these unsealed court documents and you go after him with everything you’ve got.