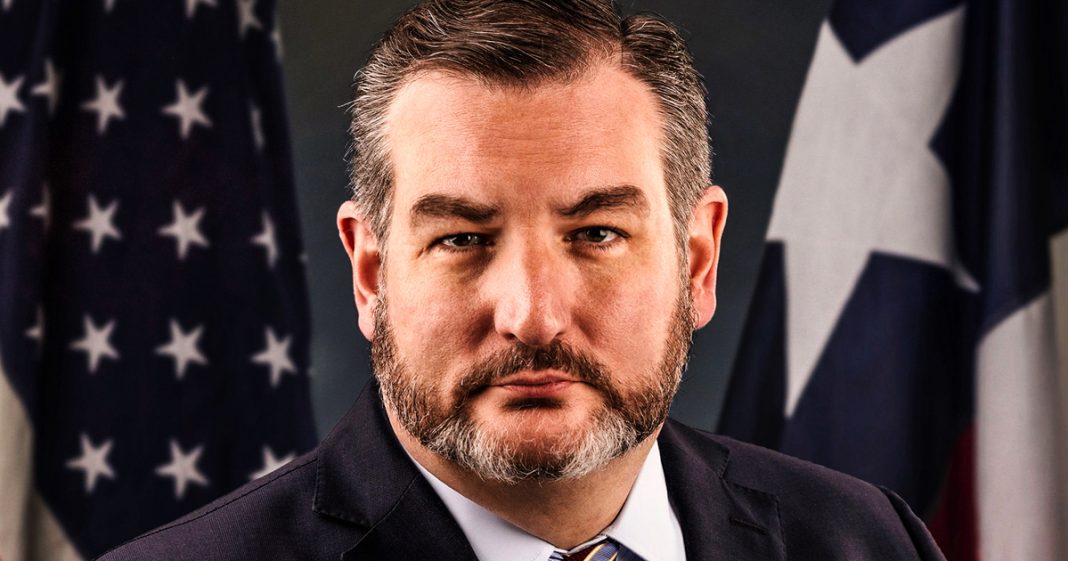 Republicans don’t seem to understand that campaign finance information is public record. And those public records are coming back to bite Republicans who are claiming that tech giants like Google are biased against Republicans. Ted Cruz went on a tirade about Google’s bias recently, conveniently leaving out the fact that they have given him thousands of dollars in campaign dollars, and the company has donated more money to Republicans than to Democrats. Ring of Fire’s Farron Cousins discusses this.

“If Big Tech cannot provide us with evidence, clear compelling data and evidence, that it’s not playing Big Brother with its vast, immense powers, there’s no reason on Earth why Congress should give them a special subsidy through Section 230…”

Now, section 230 basically just says the search engine can’t be prosecuted for anything that shows up in its search results that that’s not actually a subsidy. That’s basically just good law right there. But Ted Cruz was pissed off. That’s why this hearing happened. He was pissed off because apparently John Oliver was showing up better in search results than people like diamond and silk and for some reason we had to have a Senate judiciary hearing to find out why diamond and silk just aren’t more popular here in the United States.

Now. Here’s the thing though, what Ted Cruz didn’t mention at the hearing along with the Republican Marshall Blackburn who joined in saying, Oh, Google is censoring conservatives. What neither of these two people mentioned is the fact that they’re both sitting in office today on top of a mountain of cash from Google. Ted Cruz, since 2012 has received over $22,000 from Google and Blackburn has received $9,500 from Google. In fact, while we’re talking about bias and who Google seems to favor, Google has given $513,000 to republicans versus $453,000 to Democrats, a $60,000 difference that swings in the favor of Republicans. So if you want to talk about this, a little organization being biased, I think you’re absolutely right, but unfortunately you people aren’t smart enough to follow the money. You just want to say, I don’t understand what an algorithm is or what people are searching for and how that affects other search results. So I’m going to assume that Google is punishing Diamond and Silk.

No, Google gives you a ton of money and there is a reason for that. And Ted Cruz actually spelled it out for us. And that little quote that I read at the beginning of this video, Ted Cruz and Republicans know that they can fabricate a controversy, threaten action against a company or industry. That company or industry will then freak out. And then what does that company or industry do? It gives them more cash so that they don’t take action against them. That’s the game. That’s how it’s played in Washington DC. That’s why whenever you hear lawmakers suddenly start talking about, uh, we got to do something about prescription drug prices. Oh, suddenly there’s an influx of big pharma cash headed to members of Congress. Oh, we need to address climate change. Well, here comes a big influencer influx accuse me of a fossil fuel cash.

And now all these conservatives out there whining about non-existent social media, censorship of Conservatives and what’s happening with them. They’re getting massive cash from the tech industry just so they don’t put further regulations in place. Republicans know how to play this game. And that is exactly what’s happening here. They know there’s no truth to it. They know they can’t back it up at all, but they know their base will eat it up, so they threatened action and suddenly Google starts writing a few checks and then this whole issue would just disappear without us ever hearing about it. Once those checks start rolling in.