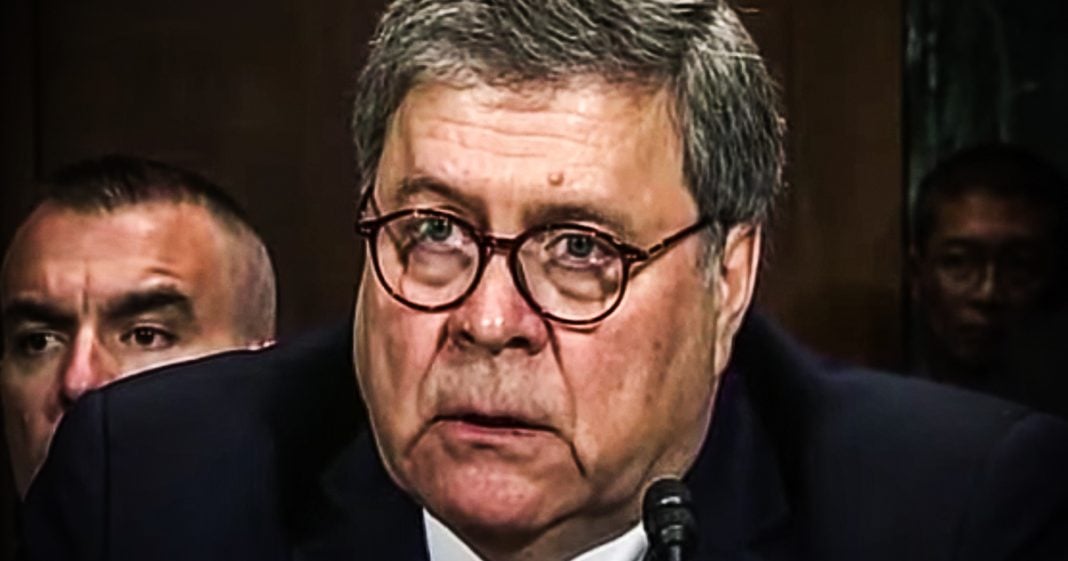 Beyond the theatrics of Donald Trump’s hate-fueled rally, the House of Representatives had quite an interesting day yesterday. First, the stifled an impeachment effort that started with Democratic Representative Al Green, but then they decided to hold Attorney General William Barr and Commerce Secretary Wilbur Ross in contempt of Congress. Ring of Fire’s Farron Cousins explains what’s happening with these two events.

Well, yesterday was quite an interesting day in the u s house of Representatives and it all started with Democratic Representative Al Green. Once again, trying to get Donald Trump impeached, uh, filing articles of impeachment. And those were pretty much dead on arrival because the democratic leadership doesn’t want us to go that route just yet. In reality, they don’t want us to ever go that route, but you know, they’re trying to say, Nah, we’ve got to play it cool, got to play it smart. Al Green. You’ve tried to do this multiple times in the past, including many times that I personally have actually criticized him for, because it was way too early, but it’s not anymore. It’s really not. And I think if you want to impeach the president, forget the Mueller report, forget the potential obstruction of justice. Go after the bank records. That’s where you’re going to find the meat and potatoes of this impeachment inquiry.

That should have already been happening for months now, but it hasn’t because of Pelosi. So instead we just let this man go free and he’s out there making these racist comments every single day. Chumming up the most disgusting underbelly of the United States that his rallies. But sure. Yeah. You know, you got to play it politically safe I guess. Right. So that was a, that was a disappointing thing that happened in the House of Representatives yesterday. But then later on in the evening, something pretty decent happened. The House voted and passed contempt charges for Attorney General William Barr and Commerce Secretary Wilbur Ross, because they refused to hand over all of the documents that the House of Representatives had subpoenaed related to the decision to put the citizenship question on the u s census. Now, as it stands right now, the, uh, the citizenship question is dead is not going to happen. As of right now, this administration may try to, uh, do something shady, but Trump already declined to issue an executive order to put it on there probably because he knows that he can’t legally do that.

But nonetheless, it is dead at the moment. But Congress is actually doing their job on this issue and they say, well, hold up, we still want answers. We still want to know your motivation for doing this because as we found out from the guy who invented this idea, the only motivation was to harm Democrats and harm immigrants here in the United States. That was the stated goal of the guy that came up with this question per his own internal documents. So Democrats in the house are just saying, look, how about you guys just hand over all this information? We do have oversight authority, we have the legal authority to request and subpoena these documents and you have to turn them over and bar and Ross both said, no, we’re not going to do that. So the House voted to hold them in criminal contempt of Congress.

So here’s what this means. Now nothing, and I know that sucks to have to say, but honestly it really means nothing. Yes, Barr and Ross get referred for criminal prosecution to the Department of Justice and if you think the Department of Justice is going to prosecute their own attorney general and Donald Trump’s secretary of commerce, then you are sadly mistaken because that’s never going to happen. It’s going to go to the courts, the courts are going to have to fight this or they’re going to have to fight it in the courts I guess. And Yeah, the courts are probably going to side with the Democrats. And then after a few appeals, a lengthy process, by the time everyone has forgotten that this was even a thing, democrats will get their hands on those documents. So it’s got to be long, it’s going to be drawn out, people are going to lose interest and forget it happened.

And then Democrats are going to get the documents and then probably nothing’s going to happen after that because all it’s going to do is confirm what we all already know. But that’s all democrats are trying to do, right? I mean, we do need facts and we need to back up our claims. And if they can get their hands on those documents, they can prove without a doubt that this was the motivation for the Trump administration. So even if it takes forever, and even if nothing really comes of it in terms of prosecutions or even media coverage, it is still important for Democrats to fight to get these documents and to show this administration that not a single one of them is above the law.