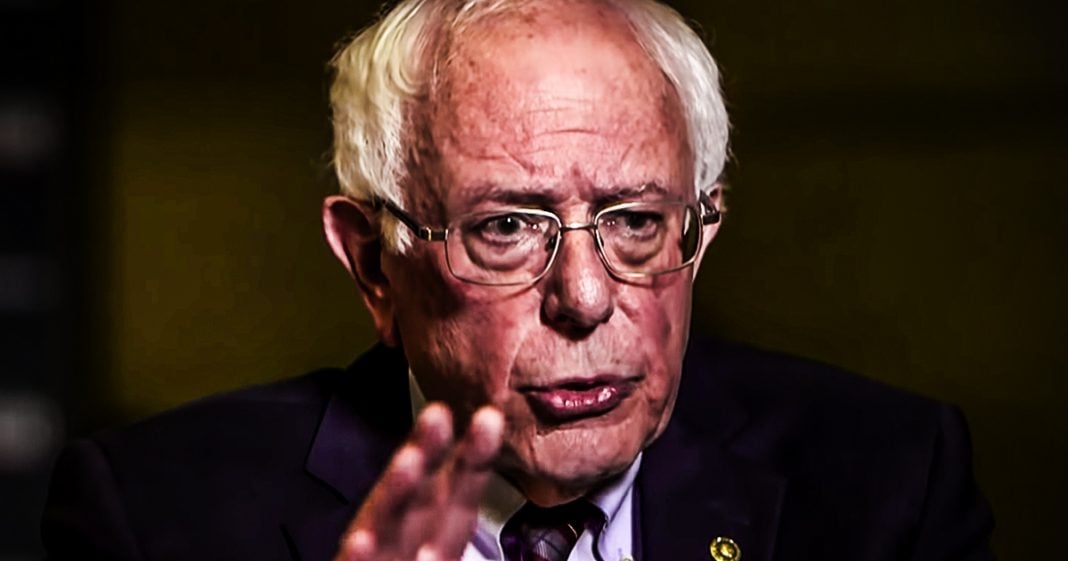 Bernie Sanders is asking his Democratic rivals to reject campaign funds from the healthcare industry, arguing that you can’t make improvements to the industry if you’re taking their money. He is 100% correct about this, and any candidate that is taking healthcare money needs to be seriously scrutinized for their money-grab. Healthcare is the top issue for 2020, and Americans want a serious candidate who will actually tackle the problems. Ring of Fire’s Farron Cousins discusses this.

Bernie Sanders is calling on all of his Democratic rivals running for president, or at least running for the nomination to be president. He’s calling on every single one of them to reject any and all money for their campaign from the health care industry. No hospital corporations, no CEOs, no insurance corporations, no drug companies, none of that money should go to any of your campaigns. Bernie Sanders says he’s not taking it, and he’s calling on the rest of the Democratic field to do the same thing. And I am 100% behind Bernie Sanders on this issue. There isn’t a single Democrat in this country, whether you’re running for president or you’re running for local dog catcher that should be taking money from this disgusting industry that is profiting off of letting people die because they don’t want to cover their medications. They don’t want to cover their surgeries. They don’t want to cover their cancer screenings, but they still want to get that premium every single month.

And then they’re going to make you pay six to nine to even $12,000 deductible before they’ll ever cover a single part of your plan. So yeah, if you take their money, you’re basically saying, I’m okay with this. I think this is a fine way to do business. Right now. Uh, both Joe Biden and Pete bootleg edge have taken healthcare industry money, CEO money. So the likelihood of either one of these two men who have gone after Medicare for all the likelihood of either of them doing anything good for American healthcare is pretty much slim to none right now. I don’t trust either of those people on the issue of healthcare at all. Joe Biden’s made it clear in recent days, recent weeks, that he’s a fan of Obamacare. If you know, he helped help make it a thing, which we had warned you couple months ago, Joe Biden wouldn’t do anything that might disrupt Obamacare because that’s his legacy.

That’s his boss’s legacy. And here he just came out and told us, yeah, I’d maybe expand on it a little. You know, we’re still going to leave a couple million people in this country without insurance, but hey, don’t want to piss off a Brock. Right? And that’s why Joe Biden can’t be trusted on the issue of healthcare. Pete Buttigieg edge kind of been all over the map on really every single issue, but hey, it’s super cool because he can play lots of instruments and speak lots of different languages. He’s super intelligent and super talented. Neither of those are really what we’re looking for in terms of policy though, he’s intelligent as a human being, very book smart, very learned, but he kind of sucks at politics and I’m sorry to say that, but your politics, Mr. Buttigieg, not a big fan of, you’ve said some good things about lower courts though.

Have the Democrats do need to pack those. I do agree with you on that. Beyond that though, you’re all over the map and you can’t really nail down anything that you actually do support or any plan you’d actually want to do. Your website’s full of platitudes and videos of you attempting to explain things, but really not doing a good job doing that and Bernie Sanders on the other hand is out there telling you people stop taking their money. This is a crisis in the United States. It is likely going to be the biggest issue of the 2020 presidential election. And how can we trust you when you’re sitting there taking their money? As Bernie said, you can’t reign in an industry. You can’t fix an industry when you’re basically on their payroll. Those weren’t his exact words, I’m paraphrasing. But that’s the truth. If they’re giving you money, and this pertains to not just health care, but fossil fuels, uh, you know, chemical giants, Wall Street, all of them, if you’re taking their money, you’re not going to reign them in.

You’re not going to break things up and shake up the corruption in there and get it out. You’re not going to fix anything. And that’s Bernie’s point. And believe it or not, a majority of people in this country agree with that. Both Democrats and Republicans, they want corporate money out of politics because they believe it is a corrupting influence. And if you’re one of the people in the majority who happens to think that you need to only be looking at the candidates who are rejecting any and all corporate money, it’s a very short list. So it won’t take you very long to go through it.