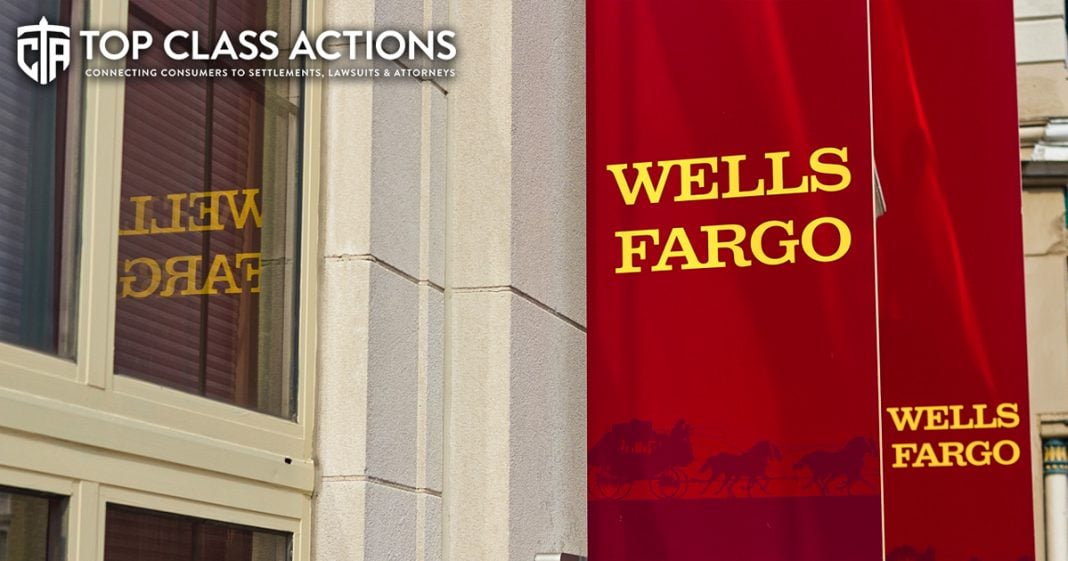 Customers accusing Wells Fargo and National General Insurance of tacking on unnecessary auto insurance to boost car loan bills are requesting approval of a $393.5 million settlement. Negotiations with the companies began in May 2018, and last Thursday the plaintiffs submitted their motion for preliminary approval of the class action settlement. Wells Fargo already paid $1 billion to the Consumer Financial Protection Bureau and the Office of the Comptroller of the Currency in April 2018. Ring of Fire’s Farron Cousins discusses this with Scott Hardy from Top Class Actions.

Farron Cousins:                  One of the steps that big banks took in order to, I guess, protect themselves after the big market crash of ’07 and ’08 was to make people start paying for insurance on loans. Now, some of these were not optional. For example, if you were putting down a down payment on a home that was less than 25% of the value, you’re probably going to have to take out mortgage insurance. Others were optional. For example, if you wanted insurance on your car loan. But, as we’re starting to find out, and according to a new settlement, some banks were charging you these insurance fees without you knowing about it.

Without getting your approval, without you signing up, basically just taking extra money from you every single month in your auto loan payment just because they could. Well, I’ve got Scott Hardy from Top Class Actions with me right now to talk about this. And Scott, they did it because they could and of course that’s how corporations operate. They do it while they can, until suddenly they can’t. And oops, now you got Wells Fargo, that after paying $1 billion to the CFPB has to now pay out a few hundred million dollars more to consumers. Tell us what’s happened in this case.

Scott Hardy:                          Right. This is a, a great response by the CFPB. If you had a Wells Fargo auto loan and you were charged insurance, they would have forced you to sign up with National General to actually add this extra insurance onto your loan. And as you said, you might have not even known you had it. You might’ve noticed it on your, on your loan statement, eventually. Call them and question or you might just said, heck with it. I’ll just pay it. I’m not going to worry about it. But obviously this added up to a huge amount of money since they already paid out $1 billion and now they’re gonna pay out another almost $400 million. If you were a Wells Fargo customer and had their own auto loan, check your statements.

Call, see if you might qualify for this. We’ll put out more details once we have it, but this is huge because of this so-called forced placed insurance. That’s as forced place insurance is stuff like this where they force you to have it. It’s stuff like you said, where you’ve got the insurance on your home mortgage. Forced place insurance is really an underhanded tactic by the insurance industry. Working hand in hand with everybody from, from banks to insurance companies to mortgage companies to force you to pay extra money that you may not have to, but they make you think you do and therefore you pay it every single month.

Farron Cousins:                  And you know what’s really interesting to me too, and this may be a little of an aside here, is just the fact that this, you know, any kind of loan insurance, it’s only to protect the bank. You know, that big faceless behemoth that has billions upon billions upon billions of dollars. Technically right now actually for banks, more profitable than ever in this country. Higher profits than they’ve ever had and yet they’re still trying to stick it to consumers at every possible turn. You know, we have credit for a reason. We have credit checks.

Sometimes even people with the credit to get these loans are unable to pay and yeah, the bank may lose a little money. That’s not necessarily a super common thing. What happens is that you get banks lending money to people who otherwise would not have qualified for a particular loan, and so they say, you know what, this seems like a person who’s going to default, so let’s charge them extra. Let’s work it out with the insurance company. So in fact, when they default on this loan, not only do we have all their money already in our pocket, we then get to repossess the car.

We repossess the home, we foreclose it, whatever. Then we sell it at a higher profit. They make money off of this. Consumers get screwed off of this. That’s how it typically works, especially with the big banks. Wells Fargo has been in the news a lot recently for all kinds of shady practices. So I, I feel no remorse and no sympathy that they’ve been hit for almost $1.4 billion in total, both in the fines to the CFPB and this almost $400 million settlement that was announced.

Scott Hardy:                          Exactly. You know, you, you had Wells Fargo going out there and, and working hard to try to make sure that people actually couldn’t get this money back. And thankfully the CFPB came out there and said, no, no, no, you’re going to pay a big penalty because of this practice. And so we should see some more money back in the pockets of consumers and ideally Wells Fargo changed their practices so it doesn’t happen again. We’ll see.

Farron Cousins:                  Absolutely. So, right now still taking information, right? So if anybody thinks they may have a claim, do they, they can go to Top Class Actions or, or where should they go here?

Scott Hardy:                          Exactly. They can go to Top Class Actions. They can go ahead and submit their information. They can sign up for our free newsletter and as soon as we get more details about this, we will update our viewers. And if you create a login on Top Class Actions, you can follow this article specifically or any article. And then once we have an update, we post an update to that article and you’ll get notified via email letting you know that this change has happened so you can submit your claim and participate.

Farron Cousins:                  Right, and this is going to effect people who took out auto loans with Wells Fargo anytime between the years 2005 and 2016 you may be eligible for this. So please take the minute, minute and a half, whatever it is, to follow the link in the description of this video and sign up at topclassactions.com. Once this is all finalized, this is likely, depending on how much loan insurance they were charging you, hundreds of dollars could be coming back to each individual consumer based on the amount of this settlement. So Scott Hardy with Top Class Actions, always a pleasure talking to you and thank you very much for everything that you and your organization do for American consumers.