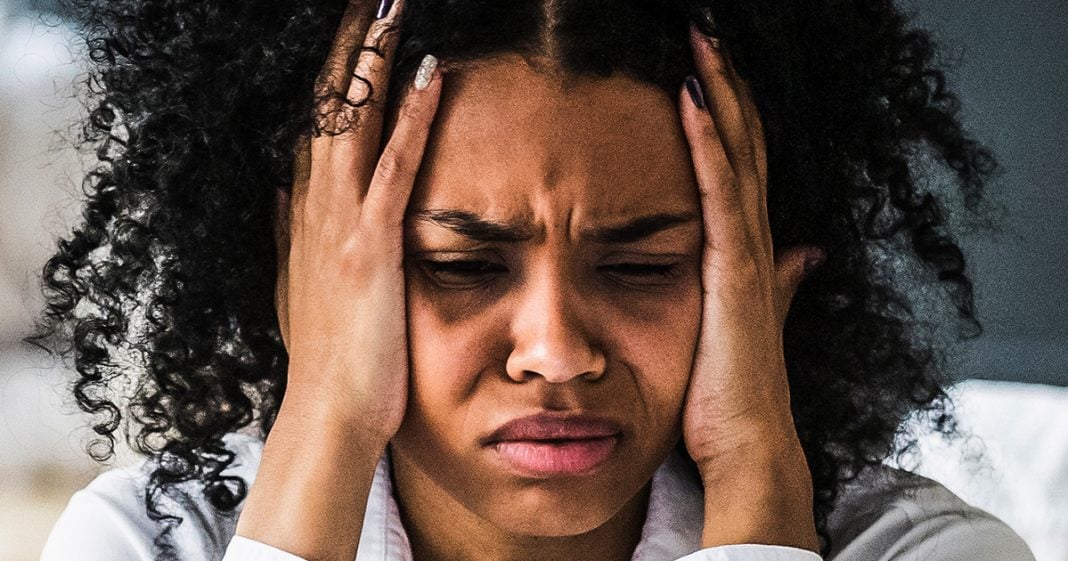 40% of Americans say that they are struggling to pay their bills every month, but we constantly hear from the Trump administration that things are better than ever. The truth is that things are only “better than ever” for the top 1%, the rest of us are scraping by and are just one emergency away from being financially ruined. This is not a healthy economy, no matter what the talking heads from the administration tell us. Ring of Fire’s Farron Cousins discusses this.

Good News, everybody. The United States hit a milestone this week. We are officially in the longest period of economic expansion in the history of the United States. So all those tweets from Donald Trump telling us how great the economy doing is doing, how good are the America’s doing, how good everything is. Apparently, it’s actually true. We are, according to the data, according to the statistics, according to the economist, this is the longest period of economic expansion in the history of this country. But as always, there is a caveat, right? It’s never just that clear black and white when you’re talking about economic issues. And there actually is a pretty big division in black and white while we’re on the subject, because as much as Donald Trump loves to tell us that the African Americans, uh, Latin x people, they’re all doing so much better. Uh, they’re actually not, in fact, they’re carrying more debt. They’re seeing slower wage growth. They’re, they’re actually doing pretty crappy. In fact, the same could be said of roughly 40%-60% of people in this country according to economists. Yes, we’re in the longest recovery period ever. But unfortunately, most of the gains are going to the top 1% the bottom 40% of people in this country.

I’ve seen almost nothing change during any point in this recovery. And in fact, things are actually getting worse for that particular demographic. 40% of people are essentially still struggling to pay their bills. They do not know if they’re going to be able to pay every single bill that they have in any given month. And because of that, the amount of household debt held by American citizens is actually going up $13.7 trillion in total household debt among American citizens. So that number is going up. So, so how can it be that everything is great? Everything is wonderful, unemployment is going down. We’re creating new jobs. The stock market’s kicking ass every day.

Then why are we all having to take out launch? Why are we struggling? Why are we living paycheck to paycheck? Because all of those gains they’re talking about are going to the top and shocker, none of it is trickling down. I’m going to read some statistics. These are from the Washington Post. Uh, they put out a big, fairly decent report on the fact that the economy still sucks. For most of us in this country, the bottom half has less wealth today after adjusting for inflation than it did in 1989 according to a data from the Federal Reserve, half of us jobs pay less than 1858 an hour and more than a third pay less than $15 an hour, which makes it difficult to save or invest a better future half of jobs in this country. You don’t even make $19 an hour, half of the jobs. How can we be expected to deal with the fact that 3,400 different prescription drugs just in the last six months, raise their prices? Some buy as much as more than 800%.

When we’re not even making 20 bucks an hour, half of the people in this country, how are we supposed to afford a rising home prices? How are we supposed to afford food when it price inflates every year or automobiles? You know, I remember growing up back in the day, uh, numerous. Sadie’s new BMW $70,000-$80,000 wow. There was a hell of a lot of money and I’m talking, this was late nineties folks. Now you want to go buy a new GMC, you want to get a new one that’s going to cost you $50,000-$60,000 average. Working class people in this country can’t even move forward regular new cars anymore. That used to be considered working class cars. That’s an aside, but it’s something that pisses me off a lot. I’m going to keep reading statistics to get by. Americans have borrowed heavily in recent years. Total US household debt is now at $13.7 trillion, surpassing the 2008 peak in dollar terms, so that’s great.

Right? The amount of debt we held right as the economy was crashing and really screwed a lot of us up. Yeah, we’re back to levels even higher than that. So what could go wrong? Data from the Fed showed that families of color and Americans born after 1970 are the least likely to have recovered the wealth they lost in the crisis. Households earning less than $60,000 also tend to carry heavy debt loads according to data from credit course company, a company, Equifax often taking out loans for college, which they cannot get rid of in bankruptcy or loans to pay bills, which can put them further behind. Um, and part of the issue here is, you know, average American family still has to deal with rising healthcare costs. Uh, pharmaceutical costs, rising education costs, trying to save for college, paying off this $13.7 trillion debt that we have. It’s insane. We can’t ever catch up. Not to mention the fact that the majority of people in this country do not even have $400 set aside in case of an emergency, which means majority of people in this country are one emergency seriously, like one broken down car away from financial ruin.

So where the hell is this economic recovery? Again, it’s sitting there at the top. The people at the top are doing better than ever. Corporations are doing better than ever. Banks are posting higher profits than, than ever. Stock buybacks are an all-time high because they’re investing in themselves. And not investing in their workers. And that’s the problem. And until we get somebody in power in this country who comes along and says, we got to blow it all up and start over because it’s not working for the working class, then things are only going to get worse until the next crash, when maybe then even those at the top start to lose a little money as well. And then you’re going to see politicians really freaked the hell out. But why aren’t they freaking out about the fact that most of us can’t get by then? Most of us are struggling because we’re not the ones who fund their campaigns, except of course, for the few politicians who aren’t taking corporate money, they’re the ones who do seem to care. And those are the only ones who actually deserve your vote.