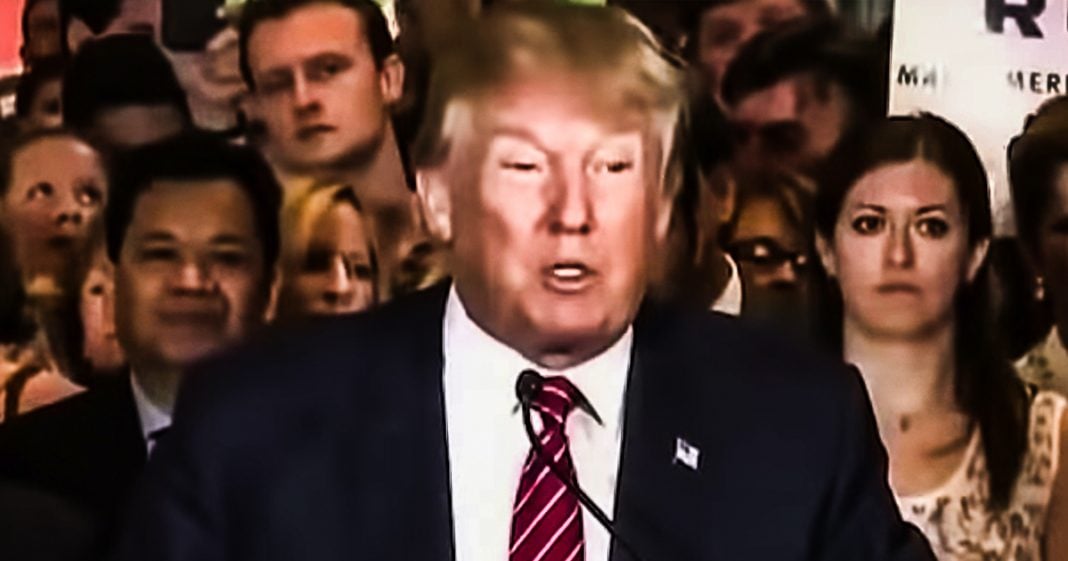 Earlier this week, British ambassador to the United States Kim Darroch resigned after cables were released showing Mr. Darroch calling the Trump administration “inept.” But according to other former ambassadors to the US, it could have been any one of them writing those words because Trump and his administration are so painfully ignorant and horrible to work with. Ring of Fire’s Farron Cousins explains what’s happening.

Earlier this week, Sir Kim Darroch, shortly after it was revealed, the diplomatic cables he had written in 2017 describing the Trump administration as inept and dysfunctional were revealed. Uh, there are resigned. So Darroch resigned. So he is no longer the ambassador from Britain to the United States. But here’s the thing, since that resignation was announced, other diplomats have come forward and said those cables could have been written by any one of us, not because we were all sending the same thing, but because we all felt the same way. And as the former French ambassador to the US admitted, we all did pretty much right. The same things too. That is the view that ambassadors to the United States have not just of the Trump administration, but of the United States at this point because of Donald Trump. We’re inept. We’re just functional. We’re stupid. And yet after this news was revealed, not about the other diplomats, but a straight Kim Darroch. What happened was Donald Trump got on Twitter, called him wacky, called him stupid.

And then you had Boris Johnson over in the UK just kind of said, okay. Yeah, yeah. Okay. All right. Well, sorry. Diplomats from all over the world feel the same way. They don’t feel like a Sir Kim is wacky and stupid. They feel like Donald Trump himself is wacky and stupid, but let’s be fair. Right? It’s not just Donald Trump. They’ve also said the same things of Ivanka and Jared. They’re wacky and stupid and inept and dysfunctional, and these ambassadors, according to a report in the New York Times, we’re actually getting perturbed with the Trump administration because Trump didn’t ever want to deal with them. You know, that’s actually the point of the ambassadors to go over to the country. They’re the ambassador for meet with leadership. You know, work out arrangements, get things, go and keep relations great. But Trump didn’t ever want to do it because Trump only wanted to meet with the person in charge of that country.

And ambassador? You don’t mean anything. A diplomat? You can’t make any decisions. I only want to meet with the prime minister. I only want to meet with the king or queen or emperor or dictator, not an ambassador. So these ambassadors, as they described in this piece, would often have to meet with lower level people in the Trump administration, particularly Ivanka and Jared, and that is one of the reasons they have such a negative view about how horrible the u s is right now, because you’re talking to probably the two dumbest people in the Trump administration, the two who have absolutely no idea what they’re even doing in the Trump administration yet that is who you’re supposed to be working with. That’s the person you’re supposed to getting information from and giving information to. Yeah, no wonder these people think we’re all stupid. If their only experience is with Ivanka and Jared, again, two of the dumbest and for the record, most corrupt members of this entire administration, but let’s not lose sight of what’s important here.

Obviously people making fun of Donald Trump is nothing new. We know it happens in the United States. It happens here on this channel and it happens in other countries, but the one happening in other countries with the ambassadors, that’s the one that actually matters because those are people that we have to have relationships with. Those are people that we have to be able to work with. But if Donald Trump is jerking them around, if he’s making them work with people instead who do not know what they’re doing, that is going to strain relations between the United States in any other country. And that is not okay, that is not acceptable. And that sure as hell is not good for the future of the United States. Future trade deals, future treaties, future pacts, future military involvement, whatever it is, we need those allies and we’re going to continue to lose them if Donald Trump insults them and then makes them work with people like Ivanka. And Jared.