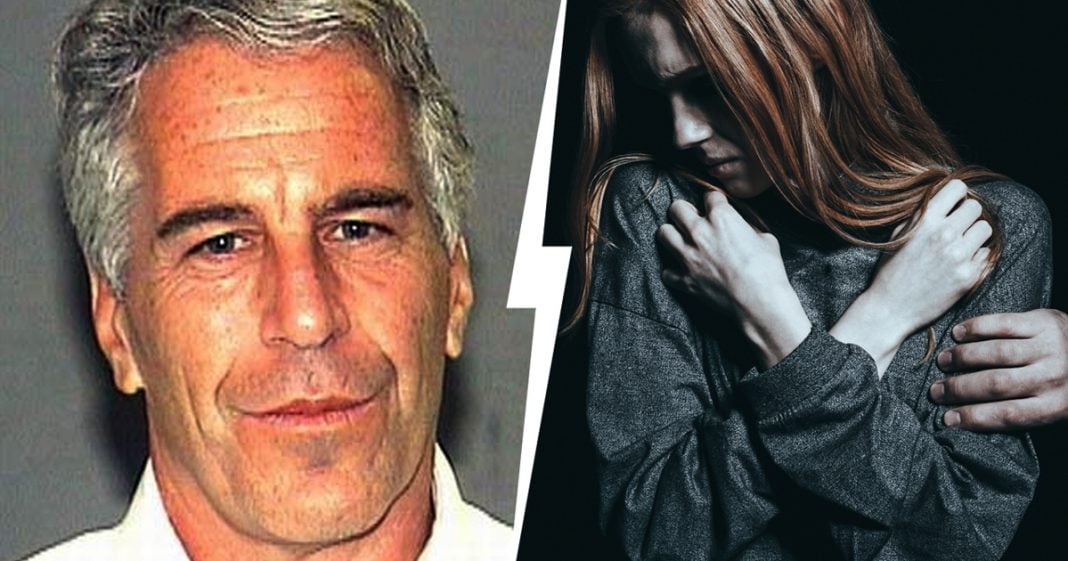 Manila Chan:                       Billionaire Jeffrey Epstein remains in jail today, charged with running a sex trafficking ring of underage girls. He’s facing the rest of his life in prison if convicted. This as the calls are growing louder for Labor Secretary Alex Acosta to resign and now even former president Bill Clinton making a public statement. And for more on this unfolding drama, let’s turn now to Farron Cousins. He’s the editor of Trial Lawyer Magazine and host of Ring of Fire radio. Farron, good to see you. First, can you break down some of these major charges Epstein is facing and what sort of time these come with?

Farron Cousins:                  Well, right now when you put all the charges together, he’s looking at, I think a maximum about 45 years in prison given the fact he’s in his late sixties that is essentially a life sentence. But the other thing, you know, the two big charges really obviously the trafficking of minors for the purpose of sex as well as the conspiracy to traffic minors here into the United States. And to be honest, it’s the conspiracy part that is probably gonna end up playing out on the much larger scale here because a conspiracy cannot just be one person. You know, Epstein did not act alone here.

We’ve, we’ve heard the stories about Ghislaine, possibly acting as his Madame helping to recruit these women, but there’s lots of money involved in this. There’s lots of, you know, intricate pieces and those are the pieces that hopefully we’re going to start learning about in the coming weeks and months. Who else was involved in this? You know, just from the conspiracy standpoint, not even to mention all of the major powerful players who may have been using Epstein’s services for some of these women. So it’s going to be incredibly remarkable as these events continue to unfold.

Manila Chan:                       Yeah, absolutely. He has got a laundry list of high profile friends, namely Bill Clinton even sitting president Trump. Do you foresee Epstein rolling on some of his high profile buddies in a trade for maybe another sweetheart plea?

Farron Cousins:                  I think it’s very likely that something like this would happen. Epstein understands that, first of all, everybody now already knows about the original sweetheart deal, the original charges, all of that. That is no longer a secret. So he knows he’s working against his own past. So if he wants to avoid spending his last years on this planet in prison, he’s going to have to give up some kind of information that prosecutors, you know, need or want. And it can’t just be, oh, well let me embarrass this politician. Let me embarrass this one. No, it’s gotta be hard evidence of other people involved in criminal activity.

You know, again, just saying, oh yeah, Clinton or Trump, they came in all the time. That doesn’t work. It has to be, I have evidence of other criminal behavior. I can roll on these people. This is valuable to you. I know other sex traffickers that I can turn in and shut down a whole ring. Short of that, I don’t know that any kind of plea deal would be in the works. But given the intricacies of this, the complexity of it, Epstein knows people and he certainly can roll on certain individuals, probably individuals we don’t even know about yet.

Farron Cousins:                  Oh 100% absolutely. You know, sex trafficking is something people hear about and we, we see it in movies, but we don’t understand the fact that this is a massive multi-billion dollar industry here in the United States today. You know, there’s actually a lot of investigations and lawsuits happening right now involving, you know, motel chains that are implicated in some of these human trafficking. Truck stops all over the country have become a hot bed for human trafficking and putting, you know, forcing women to work as sex workers all over this country. This is a business that is happening right under our noses and a lot of people still think it really only exists in Hollywood blockbusters. That the, nothing could be further from the truth. This is happening all around us in the United States today.

Manila Chan:                       Yeah, and I’ll add a personal note to this. I mean, just traveling up I-95 going southbound. If you stop at any of these rest stops to use the bathroom, there are actual signs posted that warn you to look for women or children who look like they’re in distress because they are likely to be trafficked. And there’s phone numbers that you can call to report this. So, I mean, this is a very serious problem that’s growing, something that I think, you know, no one’s really seriously talking about.

Manila Chan:                       Yeah. Looking forward to see what you guys talk about on Ring of Fire radio and, and of course on America’s Lawyer as this case unfolds. Farron Cousins, thank you so much for your time today.