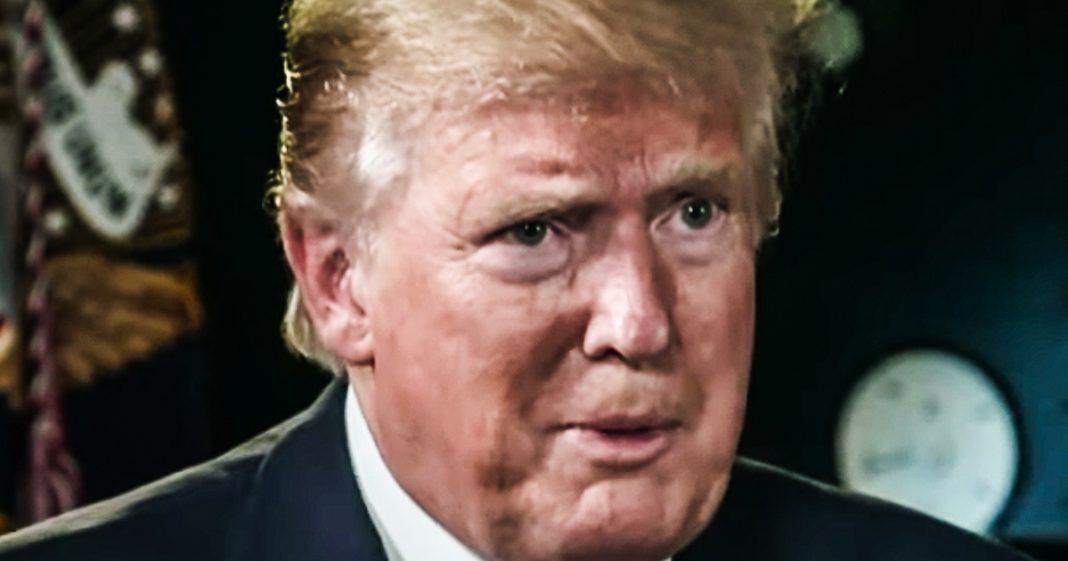 This week, the state of New York passed a law that would force the state’s tax commissioner to immediately hand over any tax returns that are requested by Congress, a move that is obviously aimed at allowing Congress to get their hands on Trump’s tax returns. Unfortunately, Democrats in Congress – at least, those who can make these decisions – have made it clear that they want to get their hands on ALL his tax returns and will settle for nothing less than that. Ring of Fire’s Farron Cousins explains what’s happening.

Legislators in New York. Earlier this week, Governor Andrew Cuomo signed a bill into law that says the New York’s tax commissioner will hand over any tax returns, state tax returns that the house ways and means committee and a few other house and Senate panels. If they request it, we will give it to you. No questions asked like you got. So here we have the Democrats in the house saying, damn, I wish we could get Donald Trump’s tax returns. We’re suing to get them cause they defied our subpoena and we’re going to get them. And then New York’s like, dude, we just passed this legislation. You can have them. Like right now we’ve, we’ve got them ready. I mean, we’ll send our guy over with him in the car. We probably email you a pdf and the Democrats in the house like God, if only there was something we can do to get those tax returns.

And again, New York sitting here like, yeah, they’re there, they’re right here. We’re, we’re just want to hand them to, you want to meet somewhere, we can do whatever. And this is what is so frustrating about Democrats. Look, it’s very obvious why the state of New York passed this bill and that’s because they wanted to be able to give Congress Donald Trump’s state tax returns. But Democrats in the past, even when New York offered these a month or two ago, the Democrats in the House said, no thank you. We want all of them. We want the federal and the state, not just the state yet goofballs. We don’t want to see half his crimes. We want to see all of his crimes. And that makes absolutely no sense. In fact, what would make more sense is getting his state tax returns, finding potentially criminal things in their finding troubling things in there. And then you have one hell of a case to bring before a judge as to why you need to get your hands on his federal tax returns, but leave it to Democrats, man, to always shoot themselves in the foot and not even know what happened.

But that’s what we’re looking at today. The state of New York is sitting up their tax returns in hand using them to fan themselves in this summer heat saying for the love of God, House Democrats, take the hand, take the tax returns, do which you need to do with them, and use that as the tool to get your hands on the author tax returns. Because Mnuchin is not going to hand them over willingly. The IRS isn’t allowed to hand them over willingly because of the Trump administration pressure, the courts. You got a 50/50 shot there on which judge it goes in front of because Donald Trump’s appointed so many, but here they are. Here’s the tax returns. Good place to get started. Hell, may even have all of the information you need as most of Trump’s businesses are actually based out of New York.

And here we have the Democrats in the House of Representatives twiddling their thumbs saying, wow, I hope our lawyers are successful in court and we can get our hands on Trump’s tax returns. They’re sitting in front of you right now. Stop being stupid. Stop playing coy. Get up off your butts. Head the New York, and come back with the state tax returns.