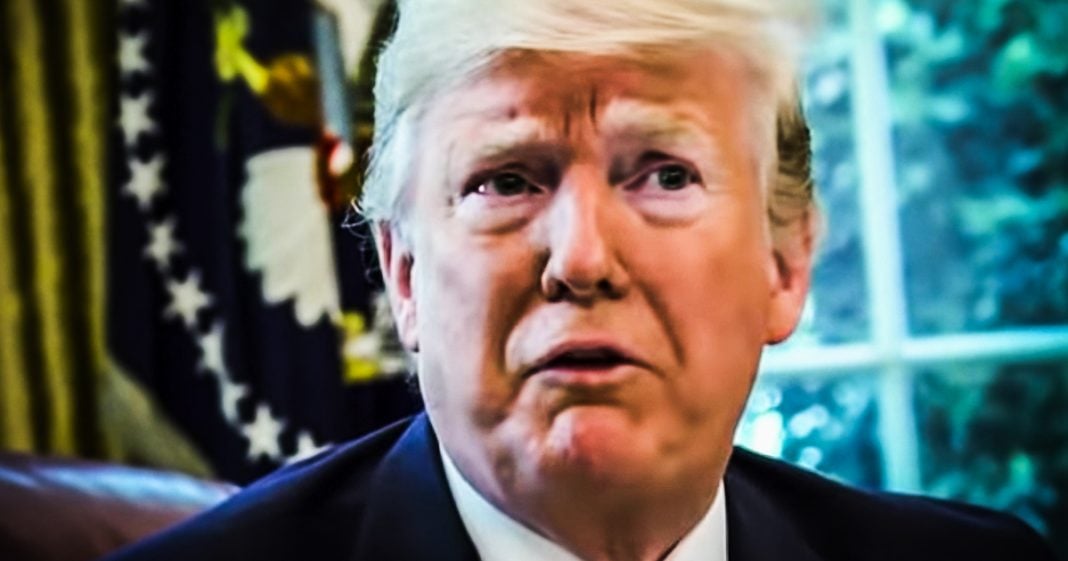 Last week, Joe Biden accused Donald Trump of being a bully, and this attack left Trump confused. He swears that he’s never been a bully, he just likes to fight back when he feels attacked. The problem is that he ALWAYS feels like he’s being attacked, and he lashes out against those who dare oppose him. He is 100% a bully, but that appears to be what Republicans like. Ring of Fire’s Farron Cousins discusses this.

Last week, Joe Biden told CNN that Donald Trump was in fact a bully. Now, like most things, Joe Biden says this was nothing new. This wasn’t something we hadn’t already heard before, a million times. Everybody, even a lot of people who support Donald Trump, I understand that he is a bully, but Joe Biden felt he needed to, you know, take a couple of shots of Trump there. And so he said to Chris Cuomo, quote,

Now I’m not going to lie. If Joe Biden would walk up to Donald Trump today and smack him in the mouth, I’m, I’m totally going to be okay with that. In fact, you know, I may say, yeah, maybe he might be a decent president. I don’t think so. But anyway, Donald Trump, the next day after this, a CNN interview aired with Joe Biden, which confused and honestly a little shocked. He couldn’t believe Joe Biden would call him a bully. That’s not who Trump is. And he was legitimately, when talking to reporters seem stunned that Joe Biden would even say such a thing. Trump told reporters the following you said, I don’t think I’m a bully at all. I just don’t like being taken advantage of by other countries, by pharmaceutical companies, by all the people that have taken advantage of this country. Donald Trump says, um, Trump, you haven’t stood up to pharmaceutical companies more than 3,400 drugs on the market this year, so far this year in the first six months, have already had their prices raised by at least 10%, which is more than four times the cost of inflation.

Many of those drugs have actually seen their prices increase by triple digits, 841% some of them. So you’re not standing up to pharmaceutical companies, you’re not actually standing up to China. You’re just screwing over American workers who have to actually pay your tariffs. You’re not standing up to anybody that’s been taking advantage of America. How do we know that? Because you are, you’re the guy. You are the one taking advantage of this country. We have spent more than $108 million at this point of our tax dollars show. You can play golf and because all but two of your trips have been two properties that you own, that money goes right back into your pocket. So not only are you ripping us off and taking advantage of the taxpayers who are America, you’re also violating the constitution, which is also the framework for America. So you in fact, Mr. Trump are the one taking advantage of America.

That’s what we’re looking at here. But I guess back to the real issue, right, is trumpet bully. The answer is yes. Everybody knows this and as I pointed out, even a lot of Trump supporters and Republicans admit that he is not presidential, that he is a bully, that they are embarrassed by his actions and words, especially on Twitter. But they still support him. And therein lies the problem. Folks, we all know Trump’s a bully. But the fact that to a degree, it actually resonates with some of these Republican voters. That’s what’s terrifying. As I’ve pointed out many times we have to have allies around the globe, whether it’s for trade, whether it’s for the military or whether it’s just for being able to travel to that country for commerce or having those citizens come here as tourists and spend their dollars here. We have to have friends, but Donald Trump being a bully and lashing out at, you know, the United Kingdom, Germany, Canada, Mexico, the entire continent of Africa.

This may a China. This man has insulted every single country imaginable except really the ones that actually deserve a little bit of insults. Those he’s been super nice to chummy with. You know the folks who are out there killing their own citizens because they don’t like their lifestyle or just because they disagree with them politically. Those are Trump’s good buddies, but the people who have helped us throughout the years, for centuries, those are the ones he’s alienating by being a bully to them. The press depressed that now receives death threats from MAGA supporters. He’s been bullies to them. Sleepy-Eyes Chuck Todd Lyin’ Brian Williams. What about members of Congress that are supposed to be able to work with him to pass legislation, Low IQ Maxine Waters, he tells us Trump is 100% of bully, and it’s not just that he’s a jackass. It’s that being a bully like this has nothing to do with fighting back. All it does is make it more and more difficult for the United States to function properly.