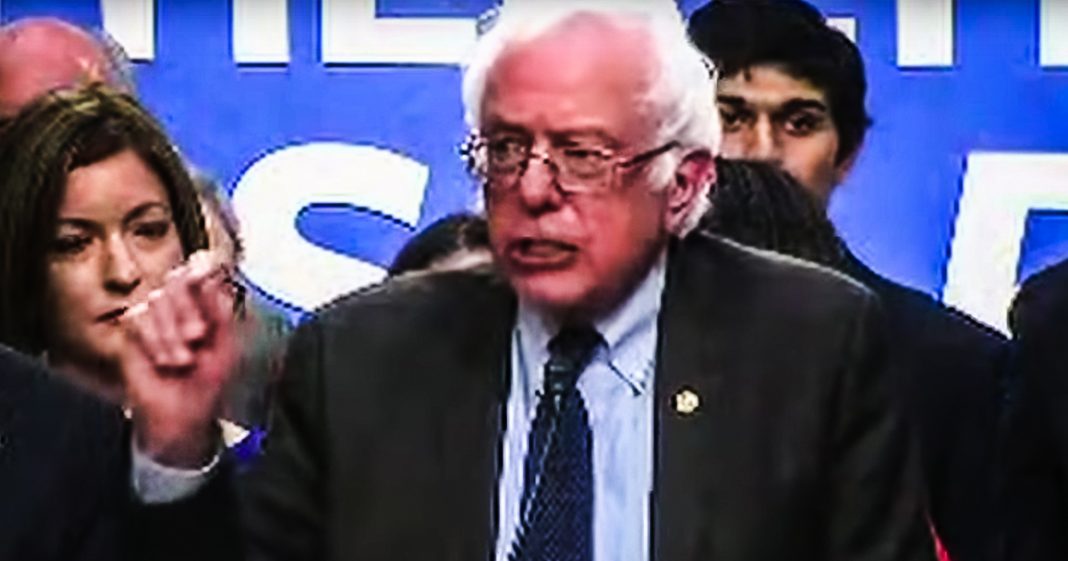 There is only one winning campaign issue for 2020 for Democrats: Healthcare. Even though issues like climate change may actually be more dire, the issue of healthcare is one that can unite Democrats and Republicans. Medicare for All is the only solution, and if Democrats continue to hammer Republicans on the issue of healthcare and show how inept that Party is, 2020 will be a cakewalk. Ring of Fire’s Farron Cousins discusses this.

You know, if I had thought about it 10 years ago, I would have started either a clock that just counts up one day each day that passes or maybe just started a little thing of tally marks just to keep track of the total number of days that have passed since the Affordable Care Act was passed and Republicans said we are going to repeal and replace this horrible piece of legislation because I would love to know exactly how many days, how many hours, how many minutes have gone by since the Republicans told us they would get us a better healthcare plan only for them to have absolutely no idea what the hell they’re doing. I mean Hell, Donald Trump promised us three, four weeks ago that in two weeks he was going to have a major healthcare announcement, but he never did. Republicans don’t know how to use the issue of healthcare.

They don’t know how to fix healthcare. They don’t know how to tell the public. They’re got to give them something better while providing specifics cause they’ve promised us something better forever. They’ve just never been able to tell us what that better thing is and here’s the point. Right now, healthcare is the biggest issue heading into the 2020 election, not just for president, not just among those candidates, but for every member of Congress and for every member of the Senate, for every candidate, for governor, for everybody running for a state house. Healthcare is the number one issue. It is also one of the most dire issues. I would argue that climate change is a little bit more dire depending on your current situation. I guess that would vary by person. However, climate change unfortunately still does not necessarily energized enough voters, but healthcare will, if Democrats want to win in 2020 not just the presidency but the Senate, the house, governorships, state houses, whatever it is you have to run on healthcare.

It has been proven to be the Achilles heel of the Republican party for nearly 10 years. 10 years is how long these idiots had been telling us they’re going to give us something better than Obamacare. 10 years since they started telling us the Democrats are trying to socialize medicine and now polls show that people actually want that socialized medicine. We would have that had it happened 10 years ago, it didn’t. Affordable Care Act has helped millions of people, not necessarily enough, but it’s helped and we need to build on that by getting rid of it and putting Medicare for All in place. No offense, Obama and Biden, but wasn’t that great of a piece of legislation. It’s time for Medicare, for all prices are skyrocketing on both insurance plans and pharmaceuticals. Obviously Medicare for all is the only option. It is the only way to control those costs and keep people from bankrupt because of medical bills or prevent people from rationing their insulin or choosing whether or not they’re going to eat that day or if they’re going to go fill their antibiotics.

A prescription Medicare for All is the only thing that’s going to fix this. And Democrats need to understand that. You’re going to have to embrace that plan. You have to, you can’t be wishy washy about it. You can’t one day say, yes, I support it. And then the next day say, well, of course, you know, maybe we’ll have to work towards getting there in 20 to 30 years. People will die in that amount of time. Okay, we’re out of time. The industries who run our healthcare system have been given plenty of time to fix their problems. They’re all very public now. We all know about them and all they’re doing is making it worse. They were given the chance multiple times to fix themselves. They’re not so scrap them. I don’t care one bit. If private health insurance goes away forever, I’m not going to be shedding any tears for private sector health insurance companies going under.

They deserve it. But the bottom line is that Republicans have no plan to help American citizens. A lot of Democrats do have that plan. Medicare for all is what they’re supporting and if you run on that and in general the issue of healthcare, but it has to include Medicare for all. That’s a winning issue. And at this point it may be the only winning issue because according to the polls, it is one of the few issues that unites both the left and the right. People hate healthcare here in the United States, and they want something better and cheaper. And the only way to get that is Medicare for All. And the only party pushing that are the Democrats, at least a few of them. And if the rest of the party took their lead, latched onto those plans and said, I wholeheartedly, and hereby irrevocably support this plan than 2020 for the Democratic Party at all levels would be an absolute cakewalk.