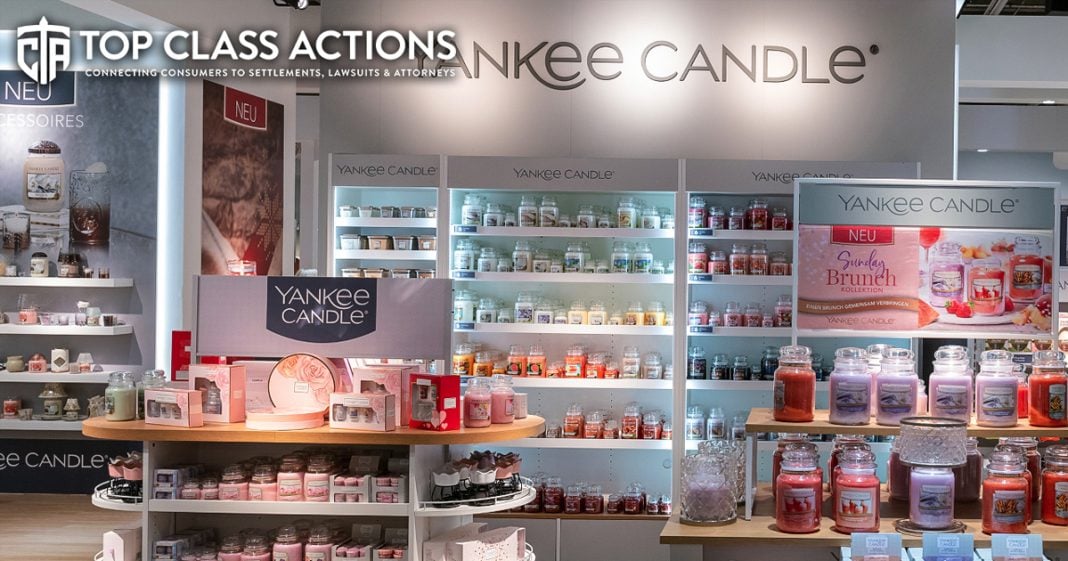 A class action lawsuit accuses Yankee Candle of selling its customers’ personal information to data mining companies. The Yankee Candle class action lawsuit was filed by Barbara Bone who says she’s made purchases at Yankee Candle retail stores in Virginia. During these purchases, Bone claims the cashier requested her personal identifying information including her name and address. Bone alleges that the company then sold her information and that of many customers for their own profit. Ring of Fire’s Farron Cousins discusses this with Scott Hardy from Top Class Actions.

Farron Cousins:                  Over the last few years, we have seen countless stories about some of the biggest tech companies and even just some of the biggest companies in this country, having their cybersecurity breached. Your personal data getting leaked out there to whoever may have, wanna access it. But there’s another side of the story too because it’s not just hackers getting in and having these security breaches and taking your information. We also have companies that are actively out there getting you to give your information to them and then they’re selling it to anyone willing to pay for it.

Joining me now to talk about this is Scott Hardy from Top Class Actions. Scott, this specific issue today is talking about Yankee Candle candle store, and when you check out they say, well, what’s your name? What’s your address? You know, maybe your phone number, maybe your email address. I don’t think anybody you know who’s just selling candles really needs any of that information, but consumers are willing to give it to them. Except now they’re finding out that the company has allegedly been selling their data out to third parties who are now harassing these consumers.

Scott Hardy:                          Right, and it’s, it’s kind of surprising because you have a lot of companies, you know Top Class Actions we’ll ask for your name, we’ll ask for some more demographic information, but we don’t sell that to anybody. You know, we use that to be able to send you the latest class actions that, that affects you. So it’s always sad when you see a big company like Yankee Candle who is accused of gathering all of this personal identifying data and then selling it to marketers for their own big profits. You know, it’s this class action specifically states that Yankee Candle could be paid up to $152 per thousand customers that’s listed.

So they’re creating this huge database of all of their customers that are walking through that door. The customer has given them the information because they’re hoping for, you know, great deals on new candles or you know, a nice frequent shopper prize where they can get their sixth candle free. I don’t know how Yankee Candle works, but they’re hoping that’s that, that’s happening and that their information isn’t getting sold to marketers who will bombard them with spam in their mailboxes, spam on their phone calls, spam everywhere, text messages everywhere. All thanks to Yankee Candle allegedly selling their data to these marketers.

Farron Cousins:                  Well, you know that’s what’s interesting too because a lot of companies are doing that now. You know, you go to the checkout, they say, hey, we’ll do, do you have a, are you part of our rewards program? Well, real quick here, jot down your email address and your telephone number, your name and address. I’ll put it in here and what’s going to happen is that once every six months we’re going to send you a 5% off coupon. But okay, yeah, I get to save 5% here, even 10 or 20% on, you know, rare occasions, they’re going to let me know when they have a sale.

That’s great news except for the fact that, you know, as we’re finding out more and more frequently, just like with Facebook and whoever else it is your data, you know, the address, the phone number, the email address that is worth millions of dollars to these corporations. And we have plenty of companies in this country that now make a lot of their money just selling your name to people. You know, that that is a hugely profitable part of business today. It’s very unfortunate and it’s violating the privacy and the right to not be harassed of millions of US citizens here and corporations are just laughing all the way to the bank right now.

And, and hopefully it will also be a bit of a warning to other companies throughout this country that, hey, we understand you want to sell our data, but in order to do that, you’d better get consumers permission first. I’m sure there’s plenty of people who say, yeah, I don’t care. I don’t mind just deleting emails every now and then sell it if you want to, if it makes you some money, but a lot of us would at least want to be able to make that choice for ourselves and not have a company make it for us.

Scott Hardy:                          Exactly. We want to be able to just go and to trust that company and if we want them to sell our data, that’s fine. You know, go ahead, share it with third parties, but most of us don’t want that to happen. And if you are making a profit, if you’re getting paid $152 per thousand people that you’re selling, then share that with your customers. Go ahead and say, hey, yeah, we sold it, we sold your information here. Here’s that coupon that we’re hoping for. I don’t know, something. It’s just sad.

Farron Cousins:                  Absolutely. For more information on this issue, please follow the link in the description of this video. Head on over to Top Class Actions and make sure you sign up for their weekly newsletter. Scott Hardy with Top Class Actions. Thank you very much for talking to me.