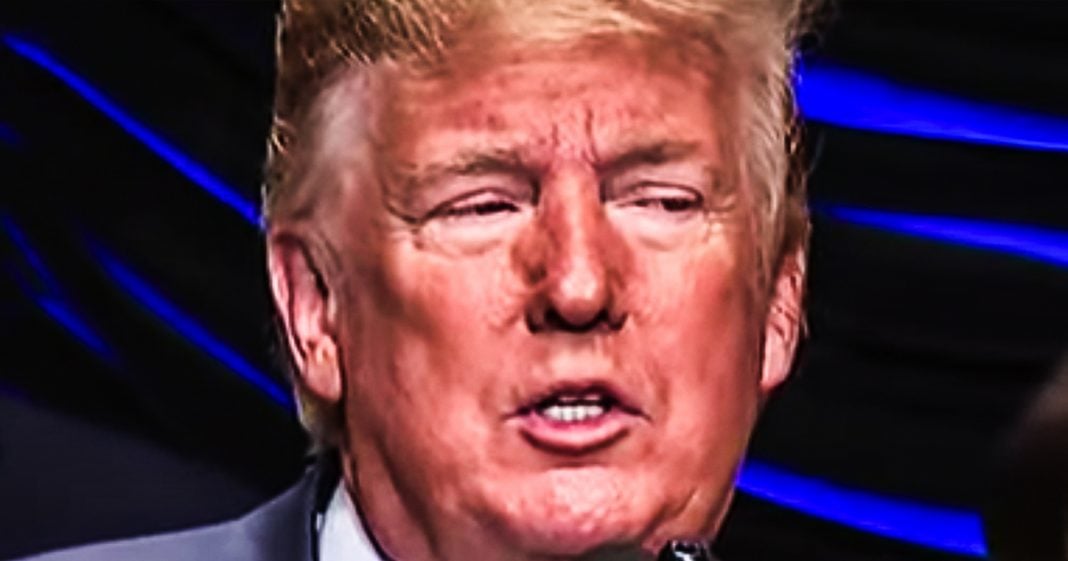 An odd gathering of right wing grifters will be hosted at The White House today to talk about “social media bias” and how to fight back, but what’s really going to happen is that all of the groups and people gathered are going to be given their marching orders to help support Trump. The guest list is about as disgusting as it gets, and even some conservative lawmakers will be getting in on the action. Ring of Fire’s Farron Cousins explains what’s happening.

Donald Trump is hosting his right wing online media propaganda summit today at the White House under the guise of, we’ve got to make sure that social media works for everybody, and as Matt Gaetz says, make sure these social media companies aren’t putting their thumbs on the scales. Matt Gaetz is also one of the people who’s going to be attending this little propaganda summit taking place at the White House. Now, before we get into the details of this, let’s remember that this is not without precedent. Okay? Uh, many years ago, back when George W. Bush was in office, he actually held a gathering in the White House with Fox News personalities and other right wing talking heads.

Part of that was to get everybody on the same message, go out there and disseminate the same talking points. This is just the latest evolution of that. Obviously, Fox News is not the only conservative voice out there. Neither is conservative talk radio. You have all these groups online, and so Donald Trump is tapping into that. This is not unprecedented, and unfortunately, there’s nothing illegal about it. He’s allowed to do this, but here’s the kicker. They’re doing this onto the guys again of making sure that conservatives are not being censored on social media because dammit, things are so unfair for those folks. Matt Gaetz, again attending the meeting always claims that he being shadow banned because not enough people are liking and retweeting his tweets.

This is not about censorship. If it were, he would have invited people from Facebook, Twitter, and Google to attend the meeting. Instead, all he wants to do is tweet out nasty things about those groups and not let them come and be a part of the conversation and explain why some of this may be happening, which for the record happening to progressives and liberals as well, but nonetheless the people attending this, these are not people who are interested in going there and talking about how do we make things better online. Let’s for a brief second look at some of the folks on this guest list. As I already mentioned, Matt Gaetz is going to be there. Prager U has been invited, Project Veritas, James O’Keefe will be there; The Heritage Foundation. They’re not even a social media group. They actually are just a group that basically comes up with talking points for right wingers and right wing politicians.

So what in God’s name could they possibly be doing there other than likely giving everybody their marching orders and their talking points. You also have the media research center, which is a group of right wing liars trying to claim that there is some kind of liberal bias. The corporate media you have turning point USA who has been invited. You also have been garrison who will be there and if you are not a familiar with him or his work that you see on social media sometimes he is the cartoonists that clearly has some kind of muscular Trump fetish. Uh, he’s always putting out these weird cartoons showing Donald Trump defeating all kinds of mythical enemies where Donald Trump is portrayed as unusually buff with a head full of hair, not the fat, balding slob that we see on TV every day. So Ben Garrison has his own issues. He needs to go workout with a therapist nonetheless.

And I can’t stress this enough. This isn’t about censorship. This isn’t about fighting back YouTube demonetization. This is all 100% about getting these people on the same page, giving them their marching orders, telling them how to complain about the alleged bias of these social media outlets, and then going forward with that. Now it is worth mentioning there is going to be at least one other person there who may not neatly fit into the category of being a right wing grifter like all of these other folks. And that person is Tim Pool. Uh, Tim Pool is going to be there and he, you know, was laughing on Twitter yesterday. Ah, everybody’s considering me right wing. Oh my God, that’s ridiculous. That’s crazy. Eh, you go after the left a lot, you know, probably at least recently more than you go after the right. Not to mention the fact that if you’re going to be sitting down at a table with Donald Trump, PragerU, the Media Research Council, and James O’Keefe. And Donald Trump said, hey, get this other guy too.

Eh, they, they likely consider you an ally. I’m not saying you are, but maybe you need to get a little bit introspective here and find out why would they, if they’re inviting all these weirdos think that I would fit in. Well with these groups, there’s a reason they probably think that and you need to figure that out Tim. But again this isn’t good and the worst part about it is that the left could also be doing this. You Know David Pakman actually a couple months ago suggested and he has actually been working with a few lawmakers to meet with progressive media personalities so that we can help, you know, craft messaging, you know, get out the talking points. They would like us to get out, not necessarily be their mouthpieces for them, but kind of promote the issues that they would like us to promote. David Pakman was spearheading that.

I reached out to him yesterday and he’s still trying to get things organized with that. So we are trying to do it, but at the same time we are so grossly unorganized on the left and I, I hate to kind of Levy that criticism at all of us because it is all of us, you know, we’ve all got our own channels. They’re doing okay. Sometimes they’re not doing okay, but it’s mostly just, you know, what can I do? What can I do? What can I do? We need to come together, right? We need to all come together and we need to get together with these lawmakers, the progressive’s, the real fighters in Congress, the people standing up there for actual issues, not just the ones going out there being like, oh, I’m going to make a deal with Donald Trump, but I’m not happy about it. No. The people who are actually out there fighting for Medicare for All, fighting for debt-free college fighting for $15 minimum wage, those are the people David’s been reaching out to. And hopefully we can make this meeting happen, but even if that doesn’t happen, progressive media needs to come together because the right on their side, they are heavily organized, heavily financed by billionaires while we over here on the left, continue trying to raise the alarm bells about it, but we’re actually the ones who end up getting punished on social media as a result of it.