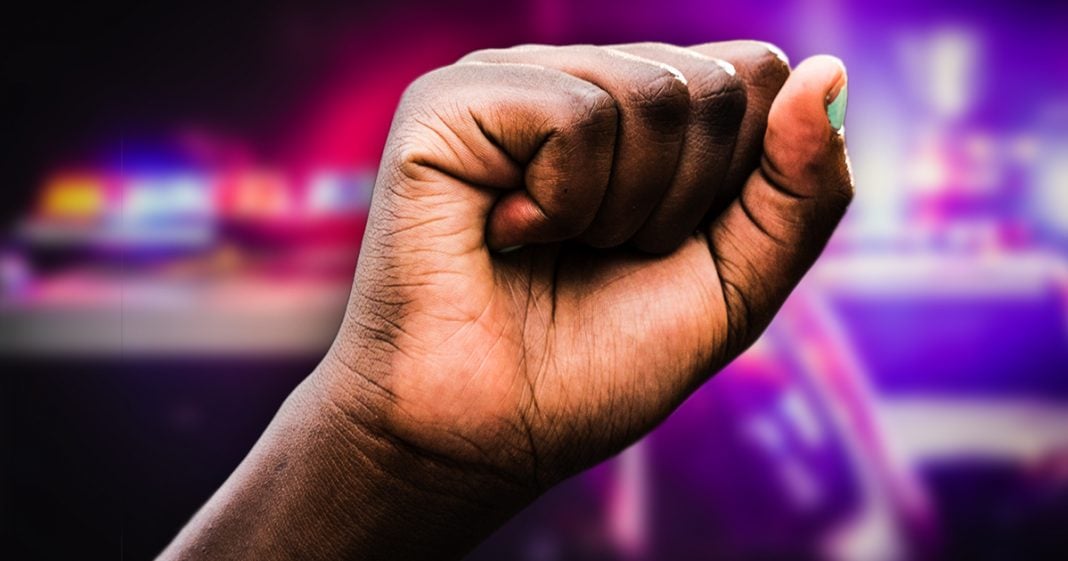 An off duty corrections officer in Colorado was arrested on July 5th after he killed his neighbor, an unarmed black man, on Independence Day because the fireworks being set off by the man’s family were annoying the officer’s dog. A man is dead because another Rambo-wannabe officer couldn’t handle a situation that he escalated himself. Ring of Fire’s Farron Cousins discusses this.

Scott Matthews. According to the report, headbutts though woman. So this off duty corrections officer headbutts the woman at which point Miss O’Neil, also a corrections officer off duty pulls out her gun. So you got two white folks. One just head-butted a black woman, the other one sitting there holding a gun in her hand. But she swears she didn’t point it at anybody. And at that point, the woman who was just head-butted, her boyfriend comes out 36 year old African American man and he sees his girlfriend bleeding because this white little wimp just head-butted her. And he goes up and according to a report again throws a punch at Mr. Mathews. At which point Mr. Mathews gets his gun out because you know when you’re sitting around watching TV at home, you always have your gun on, you shoots him in the chest and he’s dead.

Now, Mr. Matthews is likely going to be charged with something and in my opinion, it should be premeditated murder. And here’s why I say premeditated and not just, you know, straight up homicide. Um, he went out there with his gun. His girlfriend went out there with his gun, with her gun. Excuse me, they didn’t need the guns. You’re already at home. You’re relaxing. It’s the 4th of July. You’re watching TV with your little puppy. Why did you have your gun?

You either brought it out there to intimidate or you brought it out there because you knew you were going to end somebody’s life. That’s premeditation. If you put a second of thought into it, folks, that’s premeditation. Doesn’t have to be something you plan out for weeks or months. It can be five seconds. It could be 10 seconds. It could be him saying, you know what, Katherine, let’s go get our guns before we walk out there. That’s all you need. But the bottom line is that this 36 year old unarmed black man is dead and he’s dead because this want to be Rambo corrections officer was mad that his little dog got scared of fireworks. Rather than trying to comfort the dog rather than trying to hold it, maybe get it one of those thunder shirts that are supposed to keep dogs calm, maybe given it a treat and petting it. You know, I, I have two dogs. I do all kinds of things to calm them during thunderstorms and whatever and it works just fine. I’ve never once felt the need to go out there and start trying to shoot the thunder because I’m not a psychopath. But clearly this corrections officer was, and now because he didn’t know how to handle his little dog and on our black man, just became yet another statistic.