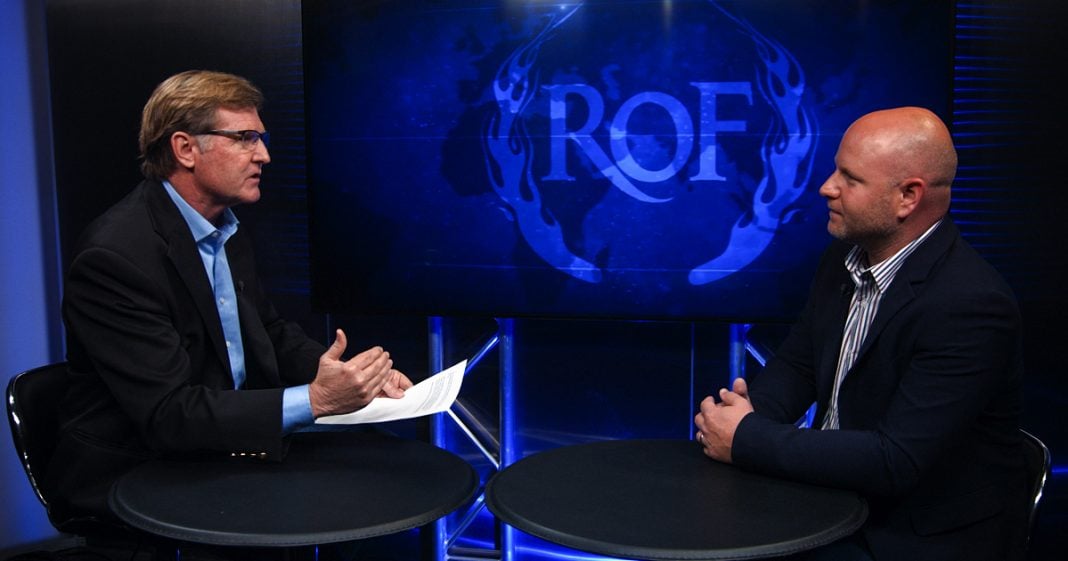 Judge Amit Mehta in Washington, D.C. this week decided that he didn’t want the Department of Health and Human Services forcing drug companies to disclose their prices in their ads, so he sided with the drug companies who were suing to stop the policy. This move by HHS would have forced more Americans to pay attention to the issue of prescription drug pricing, but a corporate Obama-appointed judge killed it. Ring of Fire’s Mike Papantonio and Farron Cousins discuss what happened.

Farron Cousins:                  Earlier this week an Obama appointed judge actually reversed what could be one of the best decisions the Trump administration has ever made. And Pap, what we have here is this judge Amit Mehta, who took this rule from the Trump department HHS and said, listen, you want to put drug prices on TV in their advertisements? You can’t do it because Congress didn’t say you can do it. What is with that ruling?

Mike Papantonio:             Let me tell you what a fraud this guy is. Okay. The, first of all, let’s begin at the beginning. These judges that Obama appointed, there’s this notion out there among progressives, oh Obama appointed them, they must be great. They’re terrible. Most of them, and I can say that, I do this for a living. I, I’m in front of looking at their stuff every single week, week in and week out. This is just a typical Obama appointment. Corporatist comes from a corporate background, has never made a dime from a, you know, has never done anything for consumers at all.

Comes from a corporate background where all of his money comes from corporations. So what does he do? His rationale on this is nonsense. It’s ridiculous. Let me read this. He says he, he, we’re talking about the policy of reducing the cost of drugs. We want to reduce the cost of drugs to where there’s not a 10000% markup, right? So here’s what this brilliant judge Mehta says, “this policy may very well be effective in halting the rising costs of prescription drugs.

But no matter how vexing the problem of spiraling drugs may be, HHS cannot do more than congress.” That rationale is obscene. Okay. Because that’s what we have regulatory agencies for. And for him to say this, you want to really talk about what a fraud he is. That’s what a Republican would say. A Republican conservative judge would make that a point, would make that argument as a strict constructionist, understand

Strict construction federalists. Federalist judges always say, we got to follow the constitution. We can’t do more than congress allows. We can’t change things. We have regulatory agencies to do that kind of thing. Okay. And so at last, the Trump administration says, we’re going to do something really matters. We’re going to try to do something about spiraling drug costs. This guy’s a total utter fraud and, and, and we’re going to see more judges like this. Obama judges making rulings like this.

Farron Cousins:                  Well and what’s really disappointing, he said this ruling came out Monday evening and on Tuesday morning, you know, just hours away was when the policy went into effect. So every time you’re watching your corporate media and you see a drug commercial comes on, which at this point is every other commercial, it was going to have the price of a 30 day supply of that drug prominently displayed on the screen.

And what that does, that doesn’t necessarily lower the prices in and of itself, but it makes every American that watches TV suddenly know that this isn’t just a talking point, that drug prices are out of control. They see, you know, whatever the drug is.

Mike Papantonio:             Well, let’s look at this, Farron, Merck, the, these are the people who appeared in front of this judge and said, please judge don’t make us disclose our prices. Merck, Eli Lilly, Amgen, these are people, if you look at some of their drugs, they have six thousand, ten thousand percent markups on their drugs. Of course these people don’t want the American public to see how obscene that is. This judge under, he’s not an idiot, he’s this isn’t, he is a corporatist judge that we, we, look Trump, his appointments are obscene.

Mike Papantonio:             But for us to believe, for us to believe that Obama made great appointments is a total, utter joke. You know, Obama never connected with consumers where it came to financial issues like this and his judges are reflection of that.

Farron Cousins:                  Right, and we can’t, you know, we, we have to, and we did at the time when, when they announced this rule, we gave them credit for this because this is a good thing. When you do something good for the American public, we’re going to tell you, you did good. Even if we don’t like who you are as a person. We tell you did a good thing. And this was a great thing by this administration, which actually came from a guy, Alex Acosta, head of HHS, who used to be a executive at Eli Lilly, still made this rule and then this Obama appointed judge. The irony of all of this is insane.

Mike Papantonio:             California federal judge appointed by Obama came from the law firm of Covington Burling who, you know, silk stocking. All they’ve ever, ever done was represented corporations. So this judge in California, federal judge starts making it almost impossible, literally almost impossible for claimants to win in his courtroom. The good news is, won anyway. The good news is it’s been taken away from him and we’ve built a strategy in state courts where we don’t have to contend with California. Right.

But it’s ridiculous when we get to that point and we say, oh, well he was, I remember when this case, this Roundup case was put in front of that judge. And everybody said, oh, well he’s a, he’s a, he’s an Obama appointee. And I’m going, eh, you better take a closer look. And then so what we did is built out a straight, a state strategy in front of State Court judges that we knew would have just as big of impact, have multi-billion-dollar results in front of those judges.

Because they let us, let, let the lawyers try their cases. So this guy’s just an, he’s just another one. He’s just another one in the long line and we’re going to see a lot of bad rulings out of this guy. That’s my prediction in years to come.

Farron Cousins:                  Well and that’s the thing too is the Democrats have to understand that just because you have a Democrat in the White House, that doesn’t mean you’re going to get good judges. Now they may because it’s more focused upon put a decent person on the Supreme Court.

Mike Papantonio:             Thousands of cases go to trial courts and appellate courts and the, the media, it’s almost like the media, there’s a, there’s a dysfunction in the media. If they have to read five paragraphs down to understand a topic, they won’t do it.

Mike Papantonio:             They’ll simply go with the first two paragraphs. The other paragraphs are judges like this who we thought, oh, well this guy is going to be great. He’s an Obama appointment. Judges like this have been packed in all the courts below Supreme Court and they’re the ones that affect American policy. Now you’ve written about this and we’ve talked about it a lot. You’ve written about it in Trial Lawyer Magazine. You look at Democratic appointees and what we judge them by is how are they on cultural issues.

How they are on, how are they on issues like gender, same sex marriage, you know, whatever it is. What is that issue of the day, you know, use of bathrooms or whatever it may be. I don’t know. There’s social issues and everybody goes, oh wow, they really ruled really well on that. Dig in on any of those, behind those rulings. Take a look at what judges like this do to us everyday as consumers.

Farron Cousins:                  Well and that’s, that’s part of the point too because these judges understand like, look, I can go ahead and say that, listen, anybody can use a bathroom. Okay, that doesn’t affect a corporation in any way. So these are, to the judge, these are consequence-less rulings.

Farron Cousins:                  And they can throw some red meat out there. You get a president that, you know, Obama who can come out and say at the time, like we’re making strides on these social issues. We’re doing so well. While meanwhile that same judge is in the court saying, you know what? Go ahead and dump more toxins into the waterway, poison 50,000 people. But we don’t care where you pee.

Mike Papantonio:             Or take away an agencies regulatory right to get things under control and save America from these obscene drug markups. I’m not exaggerating. We’ve seen 20000% on drug markups.

Mike Papantonio:             Because you’re always going to have a judge Mehta. Amit Mehta here, here’s picture of him. Judge Amit Mehta, he’s in Washington DC that are going to make rulings like this.