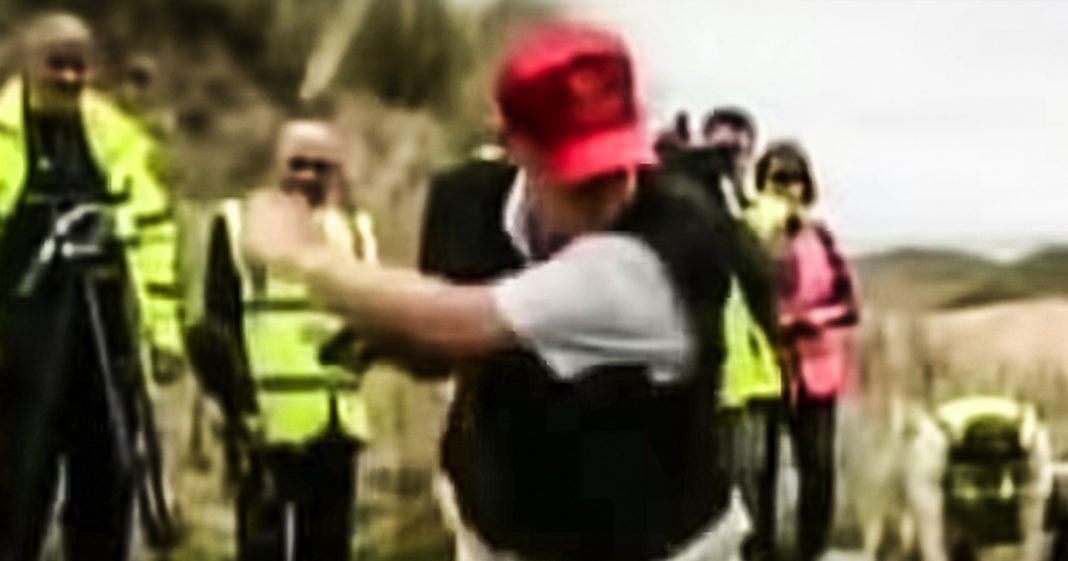 *This video was recorded prior to the Trump Organization announcing that the entire event has now been cancelled.*

A children’s charity has decided that they don’t want to be involved in a golf tournament at Trump’s Doral golf course that is being hosted by a local strip club. The club is actually auctioning off some of the exotic dancers to perform as “caddies” for the event, and that was just a little too much for a group that is trying to improve the lives of children. Oddly enough, it wasn’t too much for the President and his business to tell the organizers to find a new venue. Ring of Fire’s Farron Cousins discusses this.

Yesterday news broke that a strip club was going to be hosting an event down at Donald Trump’s Doral golf resort in southern Florida and as part of this strip club golf tournament thing, they were going to be auctioning off their strippers to serve as a caddies. They said, and caddies was in quotes for some reason, I don’t want to think about the reason, but sure, you’re going to have these scantily clad women walking around as caddies and you know what, there’s actually nothing wrong with any of that, right? Except for just a few things.

First and foremost, some of the charities that were involved in this were for children to benefit children and now the children’s charities are actually pulling out of the event because they didn’t even realize what was taking place. They didn’t know that the strip clubs logo and name was going to be on all the merchandise there and they do not want to be associated with that and that is 100% completely understandable. They understood they could have raised money, but at the same time, you don’t sell your soul in order to do that. Unless of course you’re Donald J. Trump because Trump and his businesses and whoever else is involved have no problem with this strip club golf tournament. They think it’s perfectly fine because they’re going to make money off of it. Right?

And again, if this was just your average, you know, down the street golf course, whatever, sure. That’s perfectly fine. This one is owned by the president of the United States though, and you kind of have to be held to a higher standard, don’t you? I mean, think about it this way. Fox News has got pissed off when Michelle Obama showed her shoulders and address. Fox News got pissed off when Barack Obama ordered fancy mustard instead of yellow French’s mustard. They got mad when he ate a Rugola in his salad. Could you imagine what would happen if Barack Obama’s name in any way, shape or form was associated with any kind of event that involves strippers?

But yet with Donald Trump, we just kind of look at it and honestly, even when I saw it, I was like, there is nothing surprising about this headline. Nothing. There’s nothing surprising about the fact that his golf resort, a resort is hosting an event where you can buy a stripper that is, that seems par for the course, and that’s actually a good pun to use right there. But he is the president of the United States and he has to understand that these things aren’t exactly what we need to be showing the rest of the world. We do have to hold him to a higher standard. And that is what this story is about. When you are president of the United States, there are certain things that you can no longer do. And I know Trump was not involved in the planning of this. He wasn’t even going to be there for this, to my knowledge.

But at the same time he owns this, this golf course. Everybody knows he owns this golf course, his name is on it, Trump Doral. He should have put the brakes on this, or at least someone in his business should have had enough brains to think, you know what may be may be given the fact that you know, we’re owned by a guy that really has a horrid history with women. Maybe we’re not the best venue for a strip club golf tournament. Maybe considering all the horrible news about the president recently, maybe we need to back off and not give him even more negative publicity, but nobody in the Trump organization is that smart and that’s a sad statement in and of itself. You would think these people running a multibillion dollar corporation, somebody somewhere should have said it. Maybe not. No, no. You don’t have anybody with that much common sense working for your organization. Also, not shocking, but again, folks, Donald Trump has lowered the standards of the U s presidency. He has lowered the level of class that we expect from a United States president and this little stunt here, this strip club golf tournament is just the latest in what has become a long string of Donald Trump’s showing that he has no class and that as long as you pay him money, he’d done given damn. If he gets negative publicity from it.