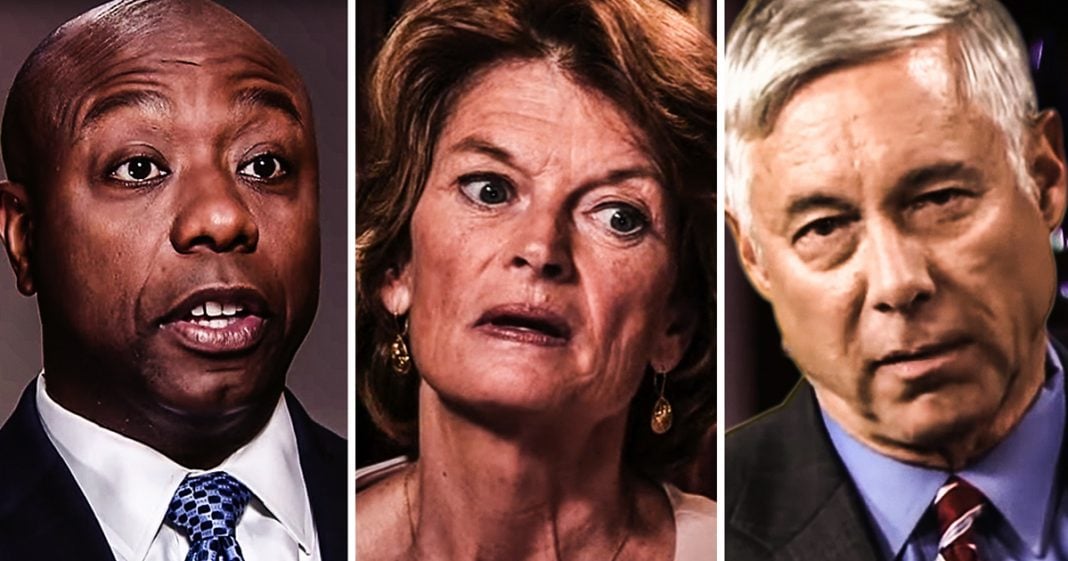 Far too many Republicans in Congress have failed to read the entire Mueller Report, and they don’t appear to be in any hurry to do so. Recently, multiple different lawmakers on the Right, and even a few on the Left, were asked why they hadn’t read the report yet, and their answers are beyond pathetic. Some said it was too “tedious” while others said they didn’t see a need for it. Ring of Fire’s Farron Cousins explains why every lawmaker should read this report from cover to cover.

Well folks, it’s now been several months since the Mueller report was made public, even if heavily redacted, and you would think by this point, every member of Congress would have read this thing as Elizabeth Warren said, cover to cover. But unfortunately that’s not the case. And recently politico tracked down about a dozen or so lawmakers to ask them, why haven’t you gotten around to reading the Mueller report? And their responses are absolutely pathetic. Most of them, of course, obviously Republicans who really don’t want to know what’s in there. But in all fairness, there’s still plenty of Democrats who are, we haven’t read it yet either. You know, we got things happening. So I’m going to read you a sampling of some of these pathetic responses coming from lawmakers as to why they don’t care about what is in this Mueller report. And that’s why they haven’t read it. Here it is.

First one is a Republican Senator Tim Scott from South Carolina. He says, what’s the point when asked why he hasn’t read it? He says, what’s the point? I think the point is that, uh, a lot of it deals with the president committing crimes, specifically obstruction of justice on roughly 10 different occasions. Um, that to me would seem like the point. Then you have Lisa Murkowski Republican from Alaska who says, quote, it’s tedious. Oh, whew. 400 some odd pages. A, that’s tedious, right? It’s also your job though. It’s your job. If you find your job, tedious, boring, not rewarding leave. I’m sure nobody’s going to miss you. She goes on to say, in fairness, I haven’t picked it up in at least two weeks. Oh, well that’s good. You know, maybe you’ve got a nice, good a paperweight now. Maybe use it to prop the door open. Who knows?

As long as you don’t actually have to read it and see what the president of your party is actually up to. Then you’ve got Fred Upton, a Republican from Michigan who says, I’ve got a lot on my reading list support. Fred Upton, I mean. I guess he wants to get to it, but he’s probably halfway through the Harry Potter series right now and he doesn’t want to take a break to read this other story. I don’t know what the case is, but Fred Upton assures us it’s on his list. She’s got to get through all the other books first because clearly those are more important than learning about the president, possibly committing crimes. Then we get to some Democrats here, a representative David Price of North Carolina says, I’d be pretty reckless to say I have a full comprehension. I need to spend some more time with it. Okay, well that’s better than what the Republicans said, but by all means, if you know you need to spend more time with it, go and spend more time with it. Again, just as was the case with Murkowski and everybody else, it’s part of your job, so, so please do your job. I can’t believe I have to even ask that, but please do your job. Then you have representative Collin Peterson, Democrat from Michigan who said it is what it is. That’s why he hasn’t read the report. It is what it is. I don’t even think representative Peterson there understood the question. It is what it is.

Read it. Okay. Read the report. Then you have Tim Kane who was obviously Hillary Clinton’s running mate. His reason is absolutely insane. He says, I didn’t have to read it. I lived it. No, you didn’t. No you didn’t. No, you didn’t. You don’t know for sure what’s in there. You didn’t live through the obstruction of justice any more than the rest of us did and we all need to read it. Senator Jim Inhoff, Republican for Oklahoma says, we’ve been a little bit busy. Yeah. One of the, one of the things you should have been busy doing was reading the damn report in half. What were you busy making up? More fake charts and graphs to show us why climate change isn’t real. Even though we’re seeing it all around us today, you haven’t done anything since you pass the tax cuts at the end of 2017 you haven’t been busy.

Then you have Republican Senator James Lankford from Oklahoma who says, I would tell you I have, I read every single page. No. Have I gone through it? Yes. Some sections more so than others. Well, I hope some of those sections include the major part on all the obstruction of justice because that really seems to be one of the most important parts. The bottom line is this, folks, if we’re sitting here counting on, on all of these lawmakers somehow upholding the law or even going through the report that they bitched about for two years, we’re kidding ourselves. We’ve got some great members of Congress right now, great absolute awesome fighters out there working for the American public trying to make our lives better. Sadly, those people are in the minority. Those people working to make our lives better are also the ones who say, we need to impeach this guy. I’ve looked at the report, I’ve read the report, I understand the report. Let’s move forward. But then you got all these people who say, it’s tedious. I don’t want to do it. I want to take the night off. Those are the ones holding us back and the only thing we can do is vote them out of office.