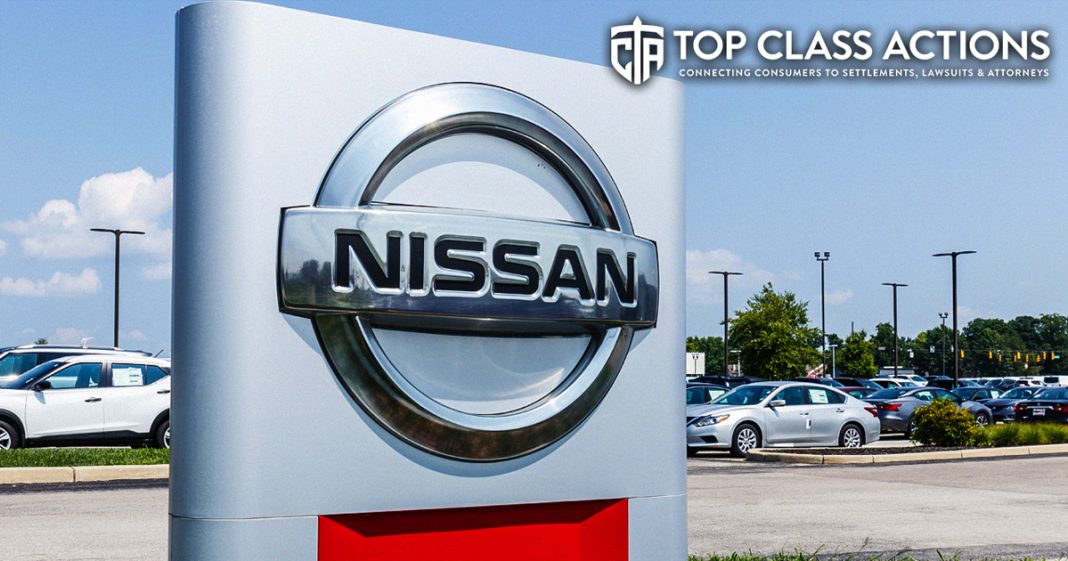 Nissan Altima owners have secured a settlement offer from the carmaker which would resolve claims that the vehicles’ transmissions fail prematurely. Lead plaintiffs alleged that 2013 through 2016 Nissan Altimas suffer from shuddering, hesitation, stalling, and noises stemming from defective continuous variable automatic transmissions. According to the Nissan class action, vehicles stall unexpectedly, causing them to stop in traffic without illuminating the brake lights. Ring of Fire’s Farron Cousins discusses this with Scott Hardy from Top Class Actions.

Farron Cousins:                  Automobile manufacturers are typically in a lot of instances, not everyone, but usually pretty good about coming to a decent settlement once they have been busted, either putting out a defective product, a defective vehicle, whatever it is. Eventually automobile manufacturers tend to pay up and that is exactly what’s happening right now with the Nissan Altima. Certain models and years of the Nissan Altima were experiencing a transmission failure. They were experiencing sudden stoppage without activating the brake lights, which could result in rear end collisions. But the company has come to terms now, couple million dollars on the table, Scott Hardy, Top Class Actions. Tell us what’s going on here.

Scott Hardy:                          Sure. So you’ve got the 2013 to 2016 Nissan Altima’s, which are included within this class action settlement. Now here is a, a really bad part, but thankfully Nissan has remedied it. But there are a lot of consumers that got hurt that there was a problem as you said, where your vehicle, your Nissan Altima could be cruising down the freeway and boop, due to transmission issues, stall slowing you down to 20 miles per hour and even slower and just boop. That’s it. No brake lights, could cause an accident. So people were bringing in their Nissan Altima’s to get it fixed.

Well Nissan was fixing them, but they were charging people thousands of dollars, a $3,000 fix to get this taken care of. Now what Nissan is saying is are all right, yes we owe, we, we do acknowledge that there may have been a problem. And if you got this, had this problem and you paid that $3,000, hope you have your paperwork, you can go ahead and get that refunded back to you. If you have not experienced the problem yet, well they are going to extend the powertrain warranty on your Nissan Altima for 24 months or 24,000 miles.

So that should really help some folks out. If they think they’re having transmission problems and they’ve got that 2013 to 2016 Nissan Altima, absolutely get into your dealer and have them check it out. We don’t have the full details of this settlement yet, but you will want to make sure you’re covered because obviously $3,000 is a huge amount of money.

Farron Cousins:                  Absolutely. And part of the issue too here is that, you know, not only did Nissan make them pay the 3000, but it says that the fix often left them with more defective parts. So you know, if you’re just taking out the bad parts and replacing them with more bad parts, that doesn’t seem like a fix at all. But it’s still would cost people upwards of $3,000. And, you know, as we always say, anytime we’re talking about vehicle things here, and this is one, this has already come to settlement, you’ll be taking claims very soon here, but it never is just the one.

You know that, that is exceedingly rare. And as somebody who actually drives a Nissan, I have a Pathfinder, I can tell you that some of these issues listed here, I, I experienced these. Shuttering, hesitation, noises from various parts of the engine. All except for the stalling, but, but I can tell you, and you and I have actually had this conversation before, I experienced those every single time I crank my car. I have taken it into local mechanics. They say, listen, we can’t necessarily find anything wrong with it. We’re not sure why it would be doing that. Possibly a defect. They don’t know. I haven’t taken it into a Nissan dealership.

However, if you own a Nissan vehicle, be a little vigilant here. I know this is not the first time Scott and I have even talked about Nissan’s. So pay attention. Really any vehicle, if it’s doing something out of the ordinary and you take it in and they can’t seem to find a problem, that may be a good time to go ahead and put the feelers out to Scott and the good folks over at TCA. Let them know, hey, I’m having this vehicle problem. Nobody can seem to identify a problem, but I wanted you to be aware of this.

You guys, you know, you’ve got great teams of lawyers that you work with, teams of investigators. So that’s a good piece of advice for people to know that, you know, we do have people like you Scott and Top Class Actions out there to really help, you know, kind of get these wheels in motion here.

Scott Hardy:                          Right. And that’s what makes me so happy when I see these settlements come through because you’ve got folks that are driving their Altima’s, they expect it to be reliable. They bring it into the dealer and a lot of times the dealers will say, yeah, we see this problem a lot and unfortunately it’s just not covered or your, your warranty was expired. You have to pay to get it fixed. And I applaud Nissan by extending the powertrain warranty and not just saying we are covering this specific transmission issue.

Because like you said, once you fix one problem and what’s covered in this class action, they go ahead and identify a bunch of other things. So if there’s one problem in transmission then that could go through the, the, the rest of the powertrain itself. And so by acknowledging it and saying, we are extending the warranty for the powertrain, they are really helping take care of their customers.

And so I hope that if you’ve got a Nissan Altima and you’ve experienced any problems, or like you said, Farron, if you’re experiencing some, some stuttering and some other problems with your car, take it into the dealer as soon as we’ve got more details for this settlement here to get that claim taken care of and hopefully it will be on Nissan’s dime, and not yours.

Farron Cousins:                  Absolutely, for anybody needing more information on this issue, please follow the link in the description of this video. Head on over to Top Class Actions and make sure while you’re over there to sign up for their weekly newsletter to stay on top of all of these important issues consumers need to be aware of. Scott Hardy with Top Class Actions. Thank you very much for talking to us.