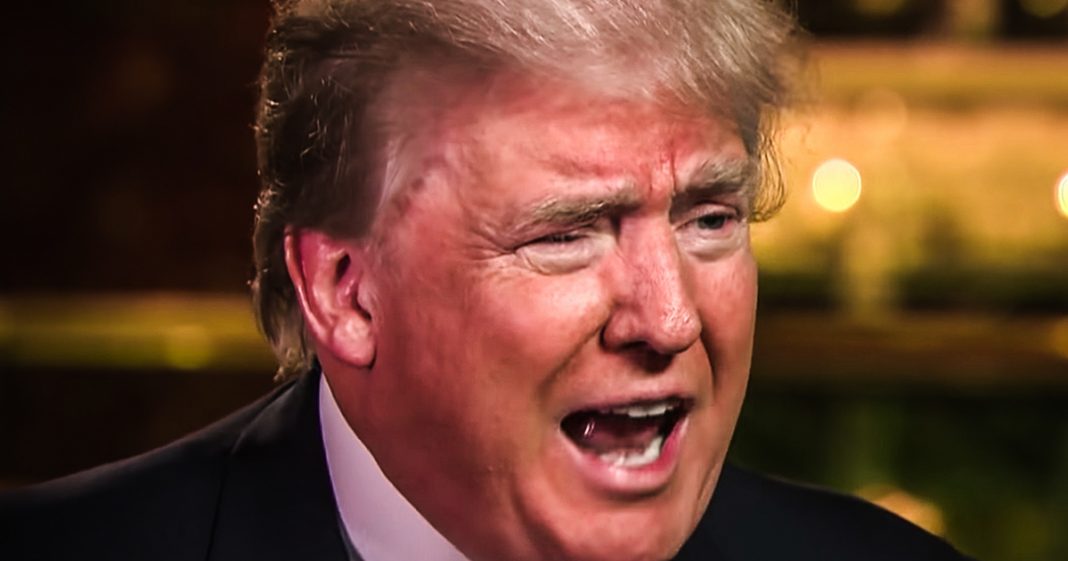 Donald Trump clearly spent his Sunday morning sitting in front of the television, and he obviously wasn’t happy about what he was watching. In a series of Tweets, Trump lashed out at Fox News, saying that the weekend hosts were just as bad as what you’d see on CNN or MSNBC, and that the whole network appears to be “changing.” Ring of Fire’s Farron Cousins explains what’s happening.

Well, it isn’t hard to figure out what Donald Trump was doing all day on Sunday because all we have to do is look at his Twitter feed and find out what he’s pissed off about. And on Sunday it turns out Donald Trump was really, really mad at Fox News. I know that seems odd, right? That is Donald Trump’s go-to network. But apparently he only likes, you know, the, the weekday lineup. He’s not a huge fan of the host to come on the weekends. And he made sure the entire world knew about it. He had this very public, uh, meltdown really in a series of tweets. And I’m going to read a couple right here. Here they are. He says,

“But @FoxNews, who failed in getting the very BORING Dem debates, is now loading up with Democrats & even using Fake unsourced @nytimes as a ‘source’ of information (ask the Times what they paid for the Boston Globe, & what they sold it for (lost 1.5 Billion Dollars), or their old headquarters building disaster, or their unfunded liability? @FoxNews is changing fast, but they forgot the people who got them there!”

Who, who got who where? Did you, did you, Donnie… Did you put Fox News somewhere? Did you sell them the building? Did you tell people that Fox News existed? I think what’s happening is that you’re realizing it was the other way around. You didn’t get Fox News anywhere. Fox News got you somewhere and that’s somewhere, unfortunately for the United States happens to be the White House. You’re pissed right now because the story your referencing was Fox News was actually talking about, yeah, things aren’t so great at those migrant detention facilities down at the southern border.

Here’s an article from the New York Times. There’s pictures for God’s sakes, there’s rampant disease. There is dysfunction, there is abuse. We know these things to be true, and Trump’s like, oh man, you guys are awful. Now you’re fake news. You’re worse than CNN and Lyon, Brian and you know all those other horrible people who I can’t think of names for at the moment. No. What’s happening, what’s changing as you put it at Fox News is that things have gotten so rotten within your administration that they can no longer continue to ignore it or to try to sugarcoat it for the American public. That’s how bad things have gotten when even the people on Fox News who have no problem whatsoever, totally making things up. When they’ve hit the point where they say, God, we can’t even defend this here, man. We got to talk about it because it’s news, but we can’t in any way put a positive spin on it.

That’s when you know, as a Republican you have screwed up beyond belief and that’s what’s happening because it’s not the weekend host of Fox News. It mostly is, don’t get me wrong, but Shep Smith is out there trying to tell us every now and then that hey, bad things are happening. This administration is awful. But because of people like Tucker Carlson and Laura Ingram, and of course Sean Hannity and Lou Dobbs, Fox News viewers still don’t get most of the actual news. They don’t get the entire story. And even the quote, hard news shows, according to a media matters analysis, are still literally telling lies to their audience every single day. But Trump’s not happy with an occasional nugget of truth slipping out. He would prefer the Fox News audience continue to live in their alt-reality because they can never know the truth of how horrible this man truly is and what a disaster his presidency has become.