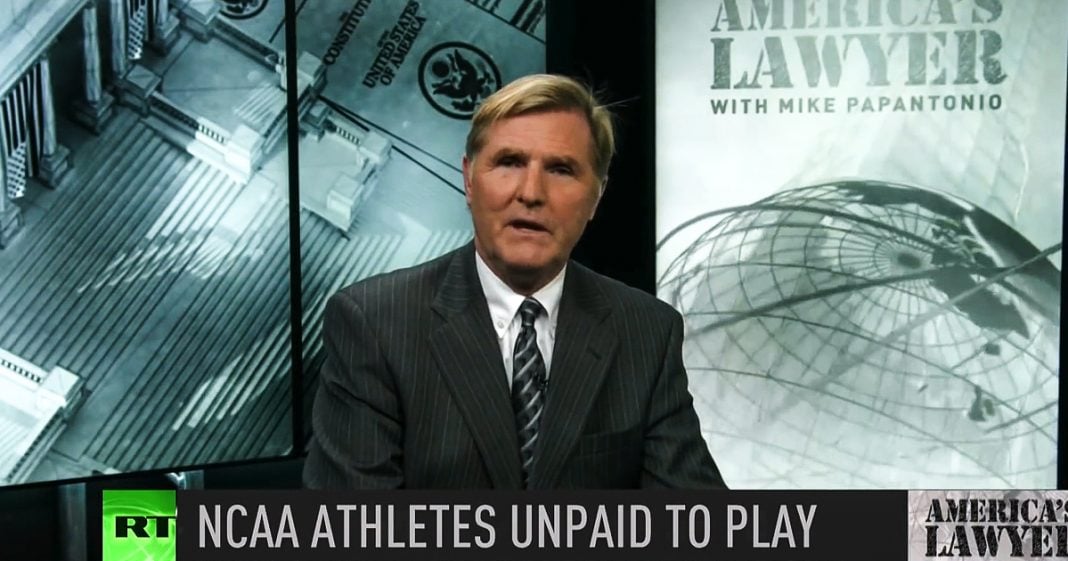 Via America’s Lawyer: The state of California is considering legislation that would allow student athletes in the state to receive compensation for the use of their images and allow these athletes to accept paid sponsorships. Mike Papantonio explains more.

And finally tonight, some good news. The state of California is considering legislation that would allow student athletes in the state to receive compensation for the use of their images and allow these athletes to accept paid sponsorships. For decades, the NCAA has refused to allow student athletes to receive any form of compensation, including paid sponsorships even as the organization and colleges use of these images. Use of these videos of student athletes in their marketing and promotional materials have made the university and the NCAA billions. These groups pull in billions of dollars each year on the backs of these athletes who are forbidden from ever seeing a penny.

Student athletes are routinely exploited by colleges and the NCAA. They risked their own livelihood and future earning potential to sell tickets to sporting events. All the while, these organizations pocket multimillion dollar pay offs from their hard work. There’s, there’s, there’s no payoff here. There should be a payoff. The payoff has disappeared. The NCAA has made that happen. For context, the president of the NCAA is paid a salary of $3 million just last year. That’s exploitation in its real form. And the California legislature may be the first step in finally allowing, finally allowing these talented young athletes to reap some of the rewards that others have been stealing from them for a very long time.

That’s all for tonight. Find us on Facebook @facebook.com/rtamericaslawyer. Follow us on Twitter @americaslawyer. You can watch all RT America programs on Direct TV, Channel 321 and stream them live at youtube.com/rtamerica. I’m Mike Papantonio, and this is America’s Lawyer, where every week we’re going to tell you stories that corporate media is ordered not to tell simply because their advertisers are paying them so much money and they don’t want these stories told. Have a great night.