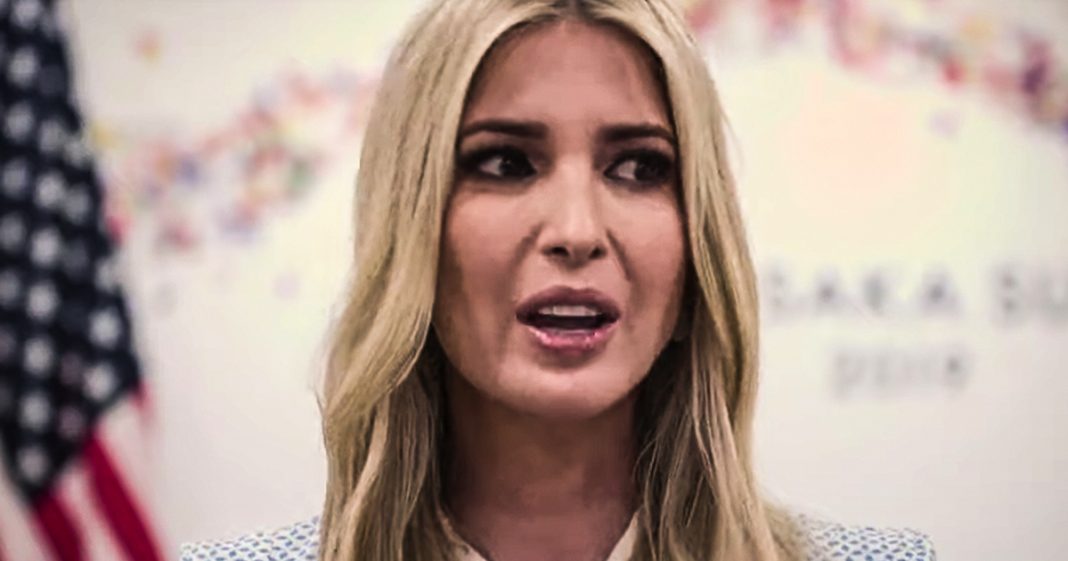 The British Trade Minister is going to be issuing an apology to Ivanka Trump and the entire Trump administration after memos leaked this weekend showed the minister referring to Ivanka and the administration as both “inept” and dysfunctional.” These were official diplomatic cables that were issued in 2017, but they are just now being seen by the public. Ring of Fire’s Farron Cousins discusses this.

Over the weekend, a British newspaper published leaked, uh, official cables from a former ambassador with the UK that classified the Trump administration and everyone in it as both dysfunctional and inept. The ambassador in question, who wrote these comments of man by the name of Kim Darroch did so in 2017 so these memos, these official cables written by this ambassador were from two years ago, the early days of the Trump administration. And here is what we had to say. He had to say, he said, we don’t really believe this administration is going to become substantially more normal, less dysfunctional, less on predictable, less faction ribbon, less diplomatically clumsy and inept. Basically back then Mr. Darroch was looking at the situation and said, wow, these people are complete morons. They appear to have always been morons and from what we can tell, there are always going to be moron. So we just kind of have to deal with what we have to deal with.

And it was fine to say these things in private, right? You know, these were official diplomatic cables. Donald Trump couldn’t see him. Most of the British government didn’t see them and more importantly, the public didn’t see them, but then they got leaks this weekend to the British newspaper and now everybody has seen them. And obviously the Trump administration is not happy. The British government is not that happy, although they did defend Mr. Darroch, but they don’t want these things to be made public. So now the current trade minister for Britain who is in the United States is going to meet with Ivanka Trump and personally apologize to her on behalf of the entire British government for what Mr. Darroch had to say in those official cables. But he shouldn’t apologize because everything that was said in those cables was 100% true. And Ivanka Trump is the embodiment of all of that.

She is dysfunctional in her role. She has completely inept. We saw that last week at the G20 and we’ve seen it every day prior to that. There is nothing to apologize for. Apologize for the public finding out about it. Sure. If you want to do that, say, oops. We didn’t never think you guys would see this. We’re sorry that you did, but don’t apologize for what you said. What you said was 100% factually accurate and to all the MAGA folks out there who say, Oh damn you Britain for being so mean to our administration. Let me put it this way. This is how the rest of the world views the United States. This is what they’re saying behind our backs. I can promise you it’s not just Britain sending these cables back and forth like, wow, never had to deal with a bigger group of idiots in my entire life.

No, this is what the rest of the world thinks of us and if you think it’s not a problem, then explained to me how we can negotiate new trade deals, how we can work on alliances or God forbid we ever end up in a situation where we need the military support of another country, but they don’t want to give it because they know how dysfunctional and inept in their own words we actually are. These are people who are supposed to be our allies, only to find out that they’re laughing at us behind our backs, and it’s 100% because of the stupidity and complete and utter failures we have seen from the Trump administration since their first few months in office.