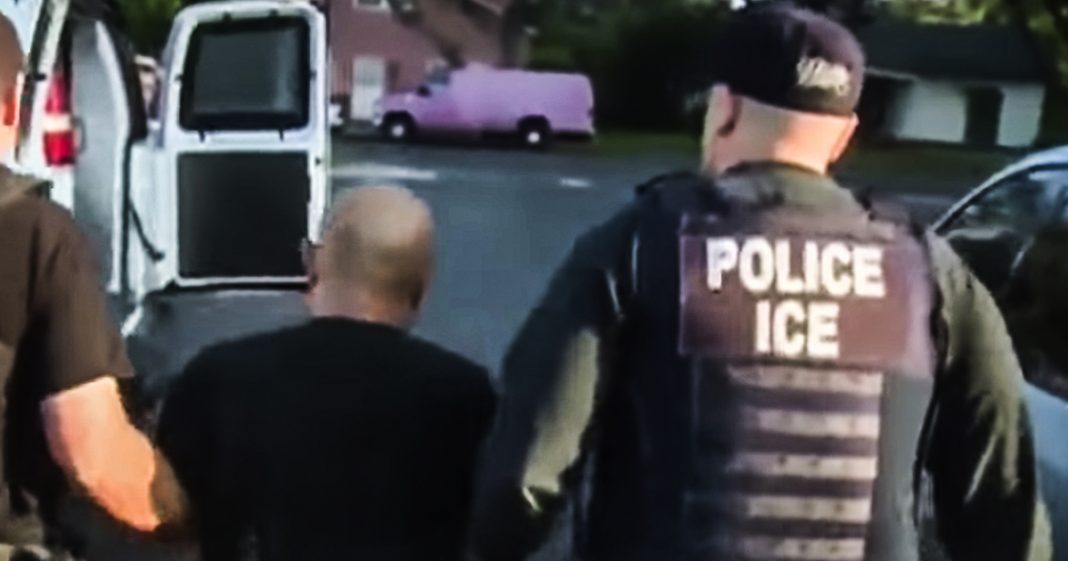 Some of the top law enforcement agencies in the United States, including the FBI and ICE, have been using the DMV’s database of driver license photos for facial recognition. This is being done without the knowledge or consent of those who have had their pictures taken, and represents a major violation of privacy for American citizens. Ring of Fire’s Farron Cousins explains what’s happening.

A rather important story broke over this past weekend, a story that most people weren’t even paying attention to. Everybody’s at enjoying independence day, having their cookouts hanging at the beach or the pool or whatever it is. But this is a story that affects every single person in this country who has a driver’s license. And here it is. Over the weekend, it was revealed via a Freedom of Information Act request by Georgetown University that the FBI and ice have both routinely since at least 2011 been using the DMV’s data by a database of our driver’s license, photographs for facial recognition. They did this without our permission. They did it without ever having to seek a warrant from a judge. They did it without the knowledge of Congress. They just did it because what the hell? Here’s a big database of hundreds of millions of people’s faces. Let’s use that to catch some petty criminals.

And that’s, that’s what’s even worse about this. Not only are they violating our privacy with this, you know, basically becoming this massive surveillance state without us knowing about it since 2011. But it’s not like they’re out there trying to capture a serial killer or any kind of mass murderer. No. According to the report, most of these massive facial recognition requests are for petty theft. If somebody’s cashing a bad check or somebody, you know, taking a bicycle off somebody else’s front porch, I’m sure you know, the family that lost their bicycle wasn’t happy, but does that warrant violating the privacy rights of hundreds of thousands of American citizens just to find that person’s face? No, no, it doesn’t. But that is exactly what these law enforcement agencies have been doing. And, uh, the, again, as I put it out, they don’t have to get a warrant. All they basically do is they send a email, you know, you get your law enforcement officer, whether it’s ice or FBI or CIA, whoever it is, they send an email to somebody over at the DMV, say, Hey, uh, we’re trying to find a guy, you know, oh, he had a bad check.

We need to run his face that we have from a bank security camera through your data, by a database of every single person that has a driver’s license in the state of Ohio. Let’s say DMV person says, sure, come on over. How about it? Let’s do this. And that’s it. This type of surveillance should be going through a court. If you want to violate the privacy rights of hundreds of thousands or millions of Americans, you probably should be getting a court approved warrant for that to say, just this time, just this one time, we’re going allow it. But instead, that’s not what’s happening. They’re doing this behind our backs, the doing it behind the court’s backs and they’re doing it behind Congress’ backs when now Congress knows what’s happening and both sides, the left and right are rightfully pissed off about it. Uh, Elijah Cummings is unhappy about this and he wants more answers. Jim Jordan from Ohio also very angry that this is happening because there’s no need for it. But this is what happens when we allow these law enforcement agencies to grow unfettered. We give them these massive budgets each year. We tell them they can have free reign. They don’t have to worry about any legal ramifications of the actions they take. And this is where it leads. We are living in a massive surveillance state right now, and most people didn’t even bother to read the headlines when this massive story about our huge violations of privacy broke just a few days ago.