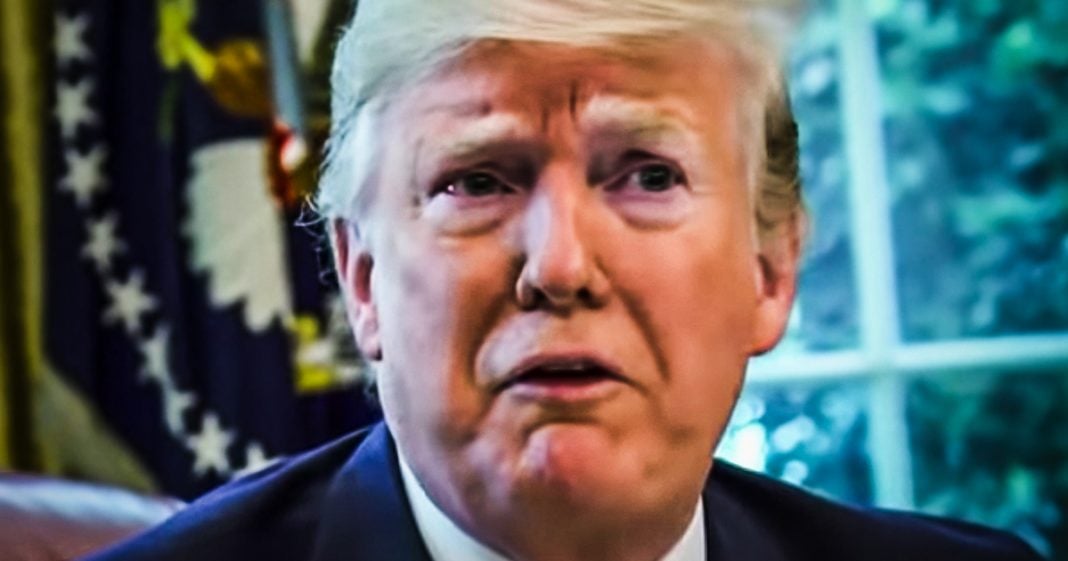 The regulatory state has virtually fallen off a cliff since Donald Trump and the Republicans regained control of the Executive Branch, with food inspections and FDA testing falling by as much as 33% since Obama left office. This puts all American citizens at severe risk of food borne illnesses and faulty pharmaceuticals, but it puts lots of money in the pockets of corporations and that’s all that matters. Ring of Fire’s Farron Cousins discusses this.

Republicans hate the federal government. I know that’s a pretty strong statement to make, but if you look at every Republican campaign for the last 40 years, what have they been campaigning on? We want to break up the government. We want small government. There’s Grover Norquist famously said, we want to have government so small we can drown it in a bathtub. And where does that tiny government start? How do they get to that point where they start by cutting regulations and they tell us that we’re going to cut regulations and it’s going to create jobs. It’s going to free up capital for corporations. Everybody’s going to be better off. We just have to get rid of these pesky regulations. And unfortunately too many people in this country think that that’s the case. But the reality is that cutting regulations means cutting certain services. And right now those services happen to be with the FDA inspecting both the food that we eat and the prescription drugs that we take in enforcement letters, warning letters sent out by the FDA to either a food company that’s got a tainted product or you know, unclean practices or a drug company that’s not testing the drugs properly.

Enforcement a warning letters have fallen by 33% since Donald Trump took office in Obama’s final year in office. They sent out 1,532 of these warning letters. And in Trump’s first year they sent out 1033 a decline of 33% and in fact, in his second year it fell even further. One of the benefits I have had over the years working for Mike Papantonio is getting to know about all of the dangerous drugs that kill and cripple American consumers. Looking at the internal documents, helping him with research on these issues and seeing the callousness that you see from these executives towards humanity. They don’t care. And if they can skirt the FDA rules, they’re damn sure going to do it. But that is why the FDA exists to enforce it, to make sure that doesn’t happen, to make sure that the next Vioxx isn’t lurking out there to kill people, but they’re not doing it anymore.

Just a few months ago, we had a huge stretch of news of tainted food products out there with Listeria, Salmonella, E coli, people getting so sick from these diseases that few of them actually died because the FDA isn’t doing its job. Now, to be fair, I mentioned, yes, it’s fallen under Donald Trump. It typically falls under Republicans, but this is actually a trend that has been happening for a couple decades now and it’s because politicians both conservative, obviously, and even Democrats do fall into that trap that says that people want fewer regulations. Well, I can tell you there’s nobody in this country, rich or poor alike that wants to eat food that they can’t. 100% claim is safe. Nobody. If there’s a chance, it may give you salmonella because the FDA didn’t do their job, they’re probably going to pick something else. Right? Stop acting like we have to count out to these people who say, oh no, we don’t need regulations. Regulations save lives. Cutting regulations costs us lives, and it doesn’t even save corporations that much money, but these corporations are so damn greedy. They will do whatever it takes to save a few pennies, even if it means poisoning a couple hundred or even a few thousand people with their deadly food products or their faulty pharmaceuticals.