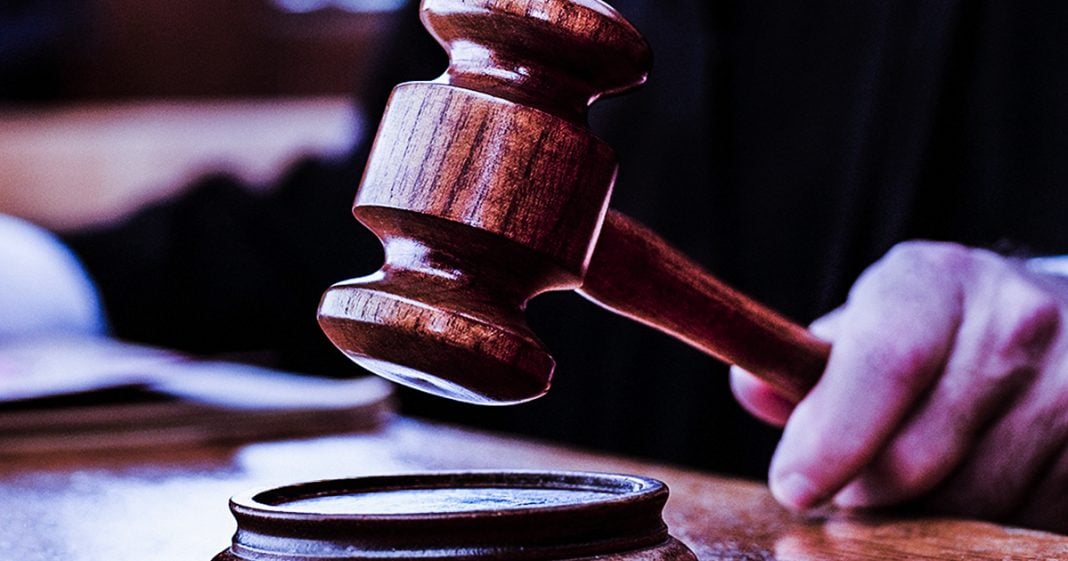 A teenager who filmed himself having sex with an unconscious girl has been given leniency by a judge because the judge said that the boy came from a “good family”. The teen videotaped the event and even referred to it as “rape,” but that still wasn’t enough for the judge to punish him. Ring of Fire’s Farron Cousins discusses this.

A judge in New Jersey came under fire earlier this week after it was revealed that he decided to be lenient on a teen boy who videoed himself raping and intoxicated. 16 year old girl at a Pajama party, but not only did he videotape him having sex with this girl who was barely conscious and obviously could not consent. He then sent that video on his phone to all of his buddies and he said, quote, when you’re first time having sex was rape. So even the boy admitted, I just raped somebody. But this judge, Judge James Troiano of the Superior Court of Monmouth County said, ah, boys will be boys, right? Do we want to call this rape? Now let’s say, I don’t even know if we should call it sexual assault because this boy who admitted he raped a girl, he’s from a good family. That’s what the judge said. That is what the judge said. Here’s the exact quote he said. He also a clearly a candidate for not just college, but probably for a good college.

Good for him, Huh? I didn’t know that. You’ll see when I was applying for colleges, I got accepted into some pretty good ones. I couldn’t, you know, afford to go there, but I didn’t know that if you got accepted into good colleges that you could just go out and rape people. I was totally unaware that that was the law. I wouldn’t have done it anyway, but you know, it’s a good thing to know. I guess this is disgusting and what’s even more disgusting than this piece of Shit judge, is that this isn’t the first time he’s done it.

He did it again a few weeks ago. Similar situation, young man suffering from the same, affluenza rapes a girl. He does sides not to punish him because that’s what he does. There is a little bit of hope here. This kid is not going to get away with it. This kid is going to face a very severe punishment regardless of what judge Triano says here, because the appellate court has already had in the previous instance had to step in and say, hold on, what the hell? This isn’t right your wrong and we’re going to reverse your decision. And that’s exactly what they’ve now done in this instance of this boy who sent around the video tape. So he’s disseminating the video to all of his friends, which is a crime in and of itself that he should be prosecuted for. This kid should be going to jail for a very long time.

College, let alone a good college, should be the least of his concerns right now. He needs to be packing up things and his parents need to understand that it doesn’t matter how good their family may be or how much money they may have. It’s still possible to raise a scumbag even if you have money and we’re seeing too many cases of that here in the United States, but that’s what this kid is. Here’s a sex offender. He is a Predator and he should be labeled as such for the rest of his life because that is what he labeled himself in the text messages. Hopefully this appellate court comes down on him harder than anything else in the world because this isn’t the kind of kid that deserves to be let off. We have seen what happens too many times and these people get led off, oh, we’re not going to go after charges. And even in this Pacific instance, a judge Triano actually warn the girls, families said, you guys should have thought about what would happen if you brought charges against this poor kid. I am sick and tired of these disgusting elderly male judges in this country acting like the rapist is the victim. But that is what’s happening here. And this judge is a repeat offender. And I would have absolutely no problem with this man being disrobed kicked out of the legal profession, never to be heard from in terms of law. Uh, again, because he doesn’t deserve to be sitting on a bench.

Here’s a sympathizer for some of the worst human beings on this planet. And if he lets this little teenage kid get away with this crap, that kid is going to go through the rest of his life understanding that he can get away with anything as long as you got enough money.