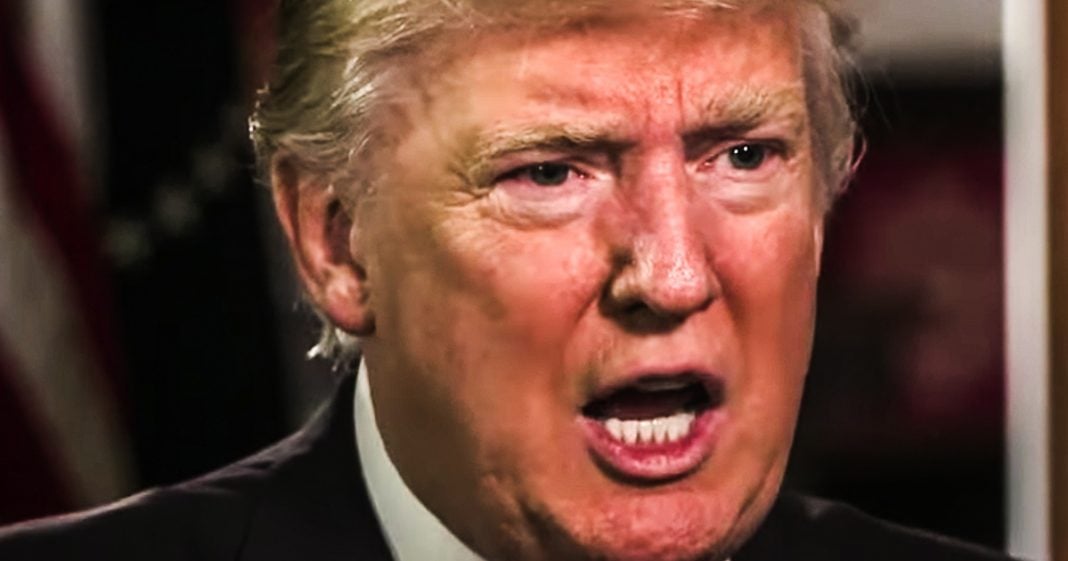 Donald Trump is no stranger to lawsuits, both as plaintiff and defendant. But one of the most recent lawsuits against the President has largely flown under the radar, and that’s a shame considering the plaintiffs are a group of investors who say that Trump defrauded them and refused to pay taxes on a property that he owned. This lawsuit reveals a lot about the nature of Trump and his business ventures, as Ring of Fire’s Farron Cousins explains.

Here’s the little twist here that it’s not for tax evasion here in the United States. It’s tax evasion in Panama. And this is a story that we have discussed in the past. I laid out all the details, but to give you the nutshell version, here it is. Donald Trump, and he had his, uh, Panama resort down there, the ocean resort. He had other investors that were there. Each of the investors, including Donald Trump, had an agreement. You get your cut of the profits. You have to set a whatever percentage. It was a side, I think it was 12% maybe. Um, you have to put that aside so that when it comes time to pay the taxes, we all chip in our 12%. We pay the tax. That’s how it works. Trump didn’t want to do that. He put his 12% aside and then used it to pay him self and his kids and Avanco was neck deep in this, a little scandal as well.

So when it came time to pay the tax bill, everybody sends in their 12% or whatever percentage it was, and then come to find out the, uh, Panama government reaches out to these investors and says, Hey, you guys are short on your taxes here. What gifts? And they found out that Donald Trump was the one who had been paying. Now they’re in trouble with the government and he defrauded all of them by saying that, oh no, I paid it. But instead what he did, and as I mentioned, he paid his own family, paid himself, and they overinflated their expenses to make it seem like they owed less in taxes so that he could defraud his investors that way. And that is why this lawsuit has emerged. This should be one of the biggest stories in this country right now. Not the biggest, but one of this is a group of investors who worked very closely with Donald and Ivanka Trump accusing this man. And his organization of which all his little children are a part of of tax evasion and defrauding investors, both of which are felonies folks. If any person in this country, even a wealthy celebrity, by the way, if they engaged in this kind of behavior, guess what? You go to jail. Hello. This is pretty much the number one thing that wealthy famous people go to jail for his tax evasion.

They don’t get elevated to the highest office in the land yet. That is exactly what’s happened with Donald Trump and this highlights why it is so important for Democrats to get their hands on Donald Trump’s financial documents, not just as tax returns, but his bank records too, and I know they’re fighting for those in court right now. They’ve been winning, but we have to know what’s going on here. When you have multiple different groups who have worked with Donald Trump on various different projects and various parts of the world at various points in his life and they all routinely say the man is a cheat. The man is a fraud, the man is a liar, the man is a thief. Then I think it’s time we start taking them very seriously and we act and find the evidence to back up these allegations because it’s not a one off here or a one off there at this point. It’s becoming every person that this man has ever actually tried to work with has now come forward and said, you know what? I think he may be a criminal.