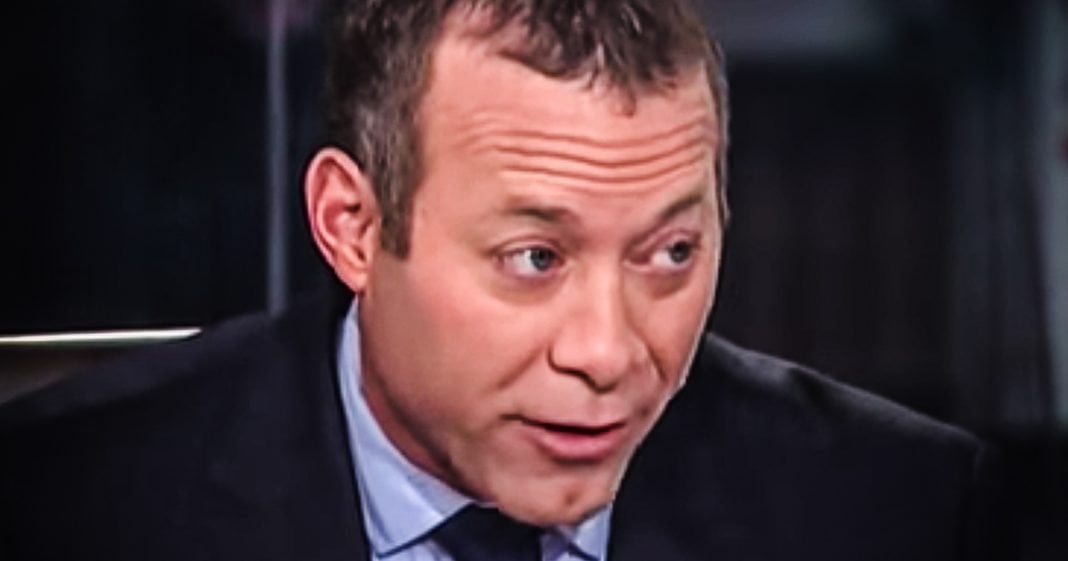 According to a new report by Sludge, Democratic members of Congress are asking regulators to ease up regulations on big banks that they have a financial interest in. Led by Democratic Representative Josh Gottheimer, these Democrats sent a letter to regulators asking them to ease up on requirements from the Dodd-Frank Act that required banks to post collateral on internal derivative transactions. This is what helped cause the last financial meltdown, but certain Democrats are totally ok with that if it makes them money. Ring of Fire’s Farron Cousins discusses this.

Democrats in the House of Representatives are asking regulators to back off on all the rules that they’ve got for some of the biggest banks here in the United States, led by Democratic Representative Josh Gottheimer. They actually wrote a letter to regulators telling them that even though Dodd frank requires banks to post collateral for their a derivatives transactions among their affiliates and subsidiaries, what if we just did away with that?

Democrats are trying to lead the charge right now to get regulators to back off the big banks and change the rules that were put in place to protect us from a, another financial meltdown in for the record, for those who aren’t, uh, too clear about it. These derivative scams that the banks polled worry a huge contributor to the 2007, 2008 financial crash. The banks use these as a way to kind of hide all their bad loans and all their losses and everything else. The swap, the derivatives, you know, all these fancy banking terms. But what it did was it allowed them to hide from investors to hide from regulators how much money they were actually losing. And then when everything kind of fell through the bottom, they turned around and realized, Hey, we have no money to back anything up anymore.

We essentially failed. And now Democrats are leading the charge to go back to that. They want to go back to that. The, this is not so, and let’s, let’s look at Josh Gottheimer here. This is from a sludge by Donald Shaw. Phenomenal work here. It’s not just that Shaw or excuse me, God Heimer is asking regulators, polite Lita, go ahead and stop regulating these people. It’s the fact that God himer along with most of the other Democrats who signed on in his little letter here, has huge financial holdings in these banks. Which means that by deregulating them, this jerk is gonna make a ton of money and all the other little jerks that sign on to the letter are also going to make a hell of a lot of money because that’s what it comes down to, right, folks?

Not only does Gottheimer have big financial holdings in these banks, he’s also the top recipient in the House of Representatives among the Democrats have money from the finance and real estate industry, so they gave him a ton of money. He’s invested heavily in them and now he’s trying to deregulate them to make both the banks and himself a ton of money because apparently that’s how politics works today.

Gottheimer should be removed from Congress for this. This is a massive conflict interest and he should be removed and I don’t care if it’s a Democrat, I don’t care if we lose a Democrat out of the house for this. This is what it’s about. We can’t just sit here and be partisan cheerleaders and ignore when the side we like more does bad things, but this is a bad thing. This is not an honest broker and this is not the kind of person that we need serving in Congress representing the Democratic Party. You know, when you heard all those people back in 2016 when it was Hillary versus Trump saying, well, there’s not that much difference between the two parties. This is the kind of crap they’re talking about this. Yes, there are obviously differences between the two parties superficially, but once you drill down and once you get past that surface, there’s not that much difference. Folks, Democrats can be bought off as easily as Republicans, and this story here is absolute proof that you give them enough money or you put their own finances on the line, and Democrats will absolutely sell out the American public to help their wealthy campaign donors.