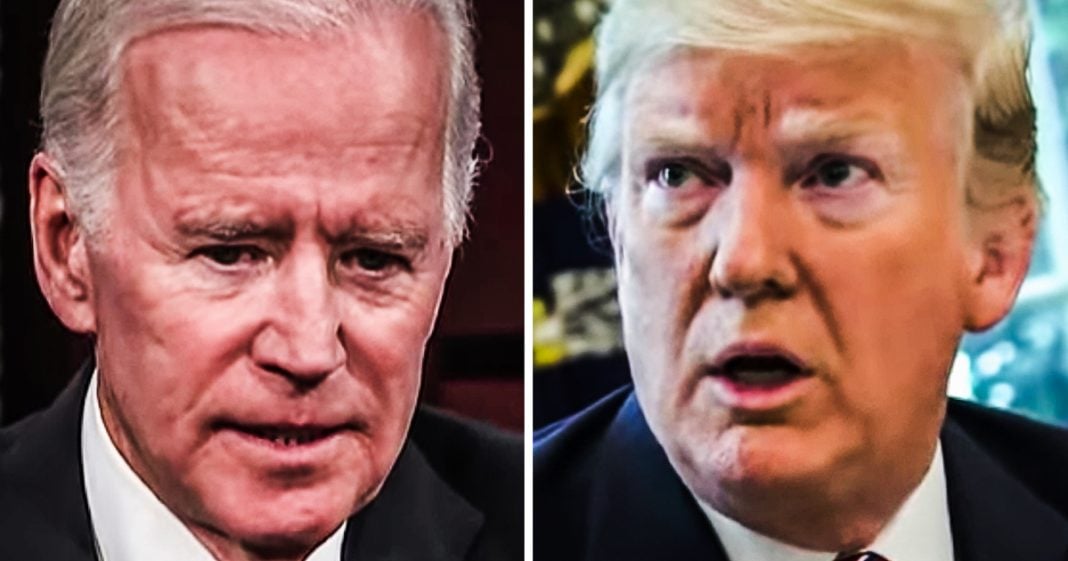 The Trump campaign has decided that no trick is too dirty for 2020, and one of the campaign’s consultants has started making fake websites for Democrats running in 2020. The websites contain fraudulent information and false quotes attributed to the candidates, and they are actually doing a decent job of fooling some gullible people. Ring of Fire’s Farron Cousins explains what’s happening.

Let’s be honest. Dirty tricks are very common in US politics. We see dirty tricks come out in campaigns and elections and all kinds of stuff. But what’s happening right now with a consultant for the Donald Trump campaign might be one of the dirtiest tricks we have seen in the 21st century. A consultant, a digital consultant for the Donald Trump 2016 campaign and a man who is on retainer for the 2020 presidential campaign for Donald Trump. Man by the name of Patrick Malden, the uh, with a firm called Vici Media Group. This guy has actually started in his quote free time cause they don’t want vici media group associated with it, has started going out there and creating fake campaign websites for Democratic candidates. Joe Biden, Kamala Harris, Bernie Sanders and Elizabeth Warren. To be specific. All four of those people, this man has made fake campaign websites for, but the Kamala, the Bernie and the Warren, little bit harder to find according to The Guardian, or excuse me, business insider here, but the Joe Biden one is showing up on the second page of Google and it actually got more unique viewers to it, visitors to it in May. Then the real Joe Biden campaign website.

And what this website is doing that this Trump consultant has created is it’s highlighting all the negatives about Biden, and his inappropriate touching of women. The way he kind of creeps them out is a opposition to busing, which Donald Trump doesn’t even know what that is. But sure Joe Biden was opposed to it. Um, and other bad policies, his vote for the Iraq war, things like that highlighted on this page. It’s kind of similar to the other folks. They, they maybe not as extreme as Biden, but it points out they’re less than progressive traits and it’s fooling people. And this guy thinks it’s fun. Thanks. Hey, this is a good idea to go out here and just trash these candidates. You know, give these fake positions to them and have people actually think this is what these people stand for. Now, as I mentioned, it’s really highlighting their less than progressive qualities.

So it wouldn’t be considered odd that a conservative, you know, the guy who was a consultant for Trump’s current campaign would want to attack people for not being progressive enough. So the motives there are still a little bit unclear, but maybe it’s because these are the four people that Donald Trump is the most afraid of. Warren, Bernie Harris and Biden. If he can attack these people, if he can fool enough people into saying, well, I’m not voting for any of these four monsters in the primary, I’m giving my vote to Bennett, well then maybe you suddenly get a nominee on the democratic side that Donald Trump could easily demolish. And I think that is the goal here. Some of these candidates who he has created fake websites for would be phenomenal nominees. Others not so much. But nonetheless, the polling shows that pretty much any one of those four could beat Donald Trump and likely would beat Donald Trump if the election were held today.

Those numbers are going to change as we get closer to the actual election. Some of these people I imagine in a few months’ time really are going to have no chance of beating Donald Trump, but they don’t care. They’re living in the right now. They’re trying to fall people right now also that they can help Donald Trump. Would. Mr. Patrick Malden is doing right now is dishonest. It’s deceitful and this is the kind of thing we would expect from people like Carl Rover, Lee Atwater, had this type of technology existed back when they were at the height of their power, but this is the new, the new way. This is the new Republican way. This is the new playing field and this is the new arena to fight, and these are the kinds of things that we need to be on the lookout for so that we can call them out and hopefully maybe get these web servers, the host sites, whatever it is, to shut down these fake and phony domains before they cause very serious damage to our political system.