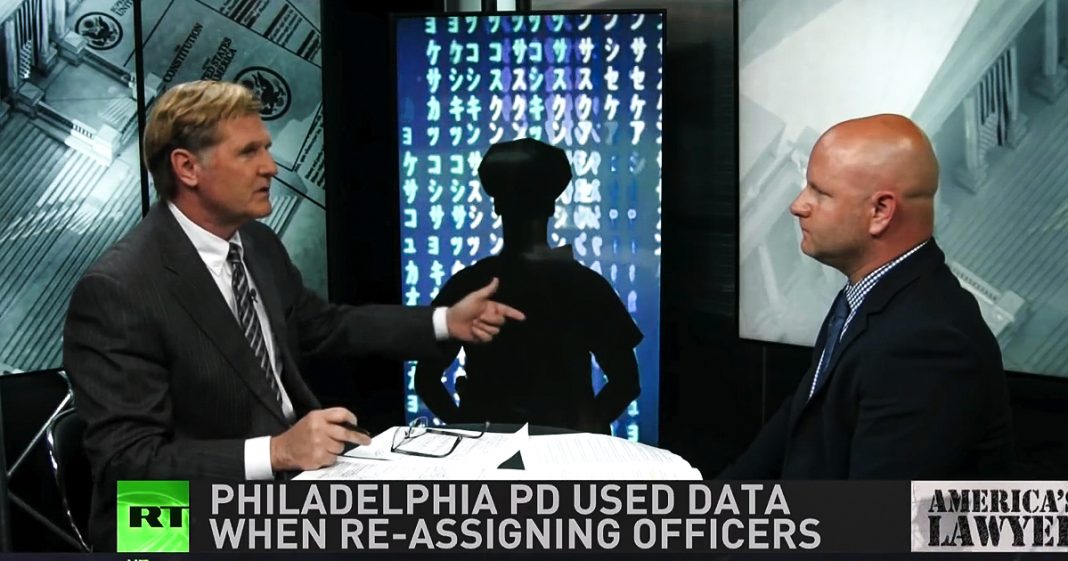 Via America’s Lawyer: Mike Papantonio and Trial Magazine Editor Farron Cousins discuss how an online database dubbed the ‘Plain View Project’ compiles social media posts flagged as racist or bigoted from police officers across the country. Over 3,000 officers have had their posts collected, resulting in disciplinary action from their respective precincts.

Mike Papantonio:             Every story you hear about a corrupt abuse of police officer tends to get written off just as one bad apple, but the truth is that we have an epidemic in our law enforcement agencies that few people can comprehend. But a new group called the Plain View Project have started tracking these police officers and I have Farron Cousins from the Trial Lawyer Magazine to talk about that. Farron, you’ve done plenty of stories on this for the national Trial Lawyers Magazine. These stories that, we’re not seeing as many. We’re not hearing about as many as we heard.

It was like a rash of these stories that came out where they were more than just more than just social media problems. I mean we, where people getting killed from police officers that never should have been wearing a uniform. I look at this story and, you know, having been a prosecutor, I can tell you this is not typical of most police officers. It just isn’t. But the numbers seem to point that we got a big problem. Tell, tell me about this Plain View Project and what’s happening here.

Farron Cousins:                  Well, what the Plain View Project is doing, which I think is, you know, great work, is they’re going through social media groups. You know, these private message boards that these police officers and other law enforcement officials are using. And what they’re finding is that there is a lot, you know, a lot more than people should be comfortable with of blatant racism, sex, sexism, Islamophobia. All kinds of things that show that some of these officers involved in this, which right now they have thousands are, are clearly biased.

Farron Cousins:                  Right, and it’s nearly impossible. So the Plain View Project came along and was founded to try to keep track of this and to alert these police departments that, hey, you have a lot of people in your department that are making these comments. Here they are, we’ve, we’ve printed them out, we’ve sent them to you. You, you need to address this and figure out how to make things better. This isn’t about shaming the officers or exposing them. This is about trying to get the police departments themselves to work on these people, work with these people or if necessary, remove these people from the line of duty.

Mike Papantonio:             Yeah, I think you have to put it in context. First of all, Lornet Turnbull did this great article and in this article it talks about one situation where there, this is a very typical thing that I’m about to read. There was a meme of a police, police dog and trying to run after something and the meme came from a police officer says, I hope you run. He likes fast food. Now that’s the least offensive of all of these.

Farron Cousins:                  Right, right. What we just saw in Philadelphia, which was a result of what the Plain View Project is working on is they removed 72 officers from the streets. Unfortunately these 72 officers whose comments that were actually mentioned in a different article, horrendous, they’re just on desk duty. So they’re still employed. They’re still, you know, working in law enforcement and eventually, yes, they’re going to find their way back onto the streets where they’re going to be armed with their guns and their tasers and their mace, and whatever it is.

This is all just a temporary band-aid that these police departments typically engage in to say, okay, look, this is a bad person. We’re sending them on a paid vacation for awhile. We’re putting them on desk duty. As soon as the public stops looking, all right, go on and get back in your vehicle. Get out in the field.

Mike Papantonio:             You know, here’s, you got a prosecutor that says, I, I, I, I’m not gonna use these people because I don’t believe them because they’re racist. Because it doesn’t make any difference whether they’re Latino, African American, White, you know, whatever it is, these people show really bad history. And so, you know, I, I saw an article, not long ago where they were trying to defend this on a free speech issue. That is a loser. There is no free speech here. This is not a free speech argument. You can’t just willy nilly say what you want to say in a setting like this.